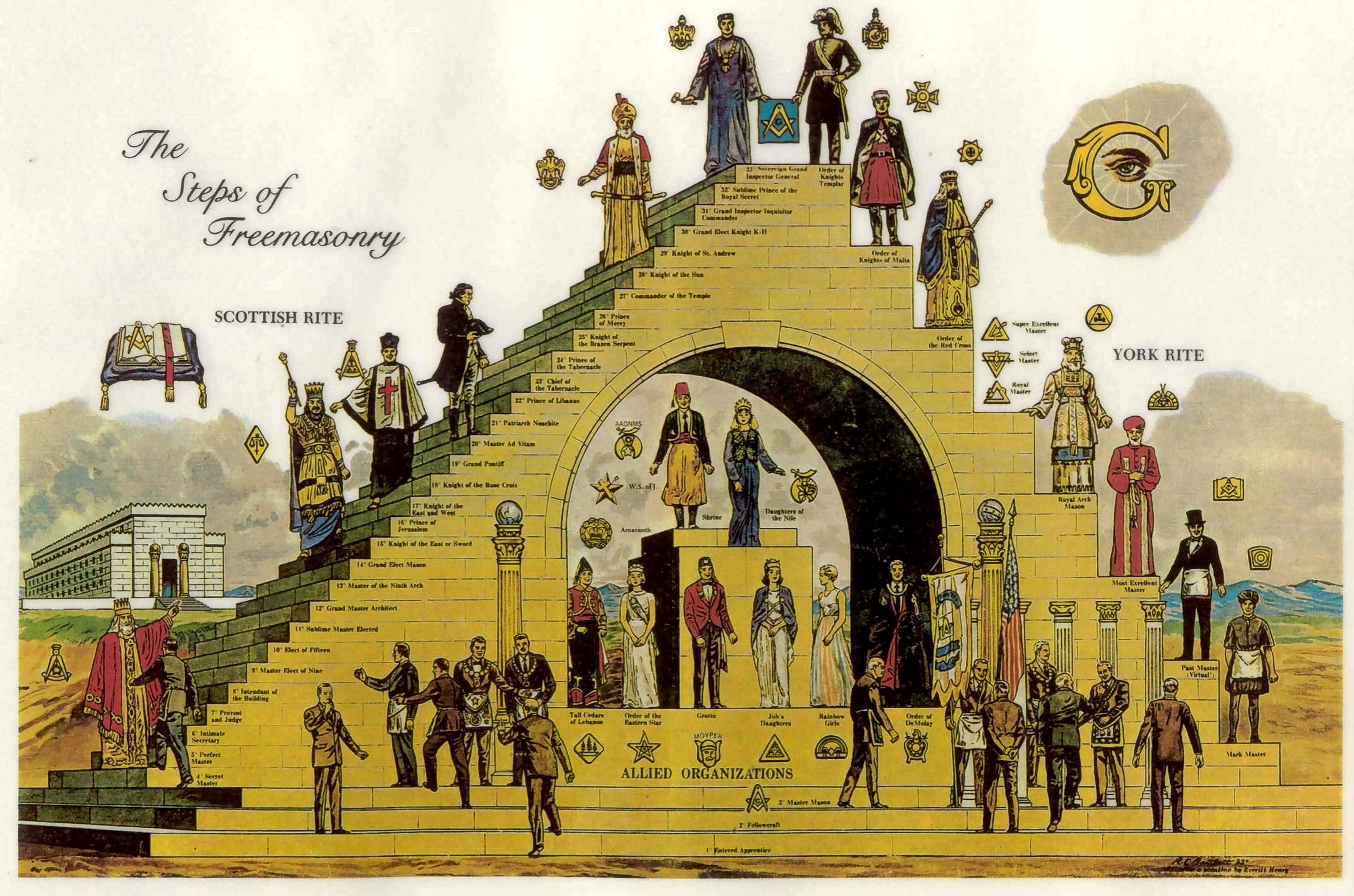 Over the years, there have been published several charts or plans of the degrees and orders of Freemasonry. Masonic editions of the Bible, presented to newly raised members, often include such a chart. There is also one that overlays a plan over an image of the square and compasses. Others will follow the same general design. Perhaps the best-known, and most widely reprinted, is one from Life magazine which depicts the grades or degrees as a staircase.

What all these charts do is create the erroneous impression that regular Freemasonry is composed of many degrees and that either the 33° of the Scottish Rite or the Shrine is somehow pre-eminent or superior.

It is claimed as an Ancient Landmark of Freemasonry that there are but three degrees in Freemasonry: Entered Apprentice, Fellowcraft, and Master Mason, including the Holy Royal Arch. Freemasons know that this “landmark” only dates from the union of the Grand Lodges of England in 1813, but—with rare exception such as the Swedish Rite—the convention holds that a regular and recognized Grand Lodge of freemasons only recognizes these three degrees as “pure Antient Masonry” and holds itself sovereign and independent of any self-styled body conferring or awarding other degrees.

That said, Craft Freemasonry in North America has developed a close relationship with the Royal Arch and Scottish Rite. These, and other bodies, confer additional—not higher—degrees. Grand Lodges will also recognize a number of organizations that practice and profess the same ideals and beliefs as Freemasonry. These organizations are generally termed Appendent Bodies or Bodies in Amity, although they have also been termed Concordant. Sometimes they will be called Auxiliary Bodies. The following list is not definitive, nor does it claim to represent the policies of any or all Grand Lodges.

“In the United States, various terms have been applied to the high degrees, such as appendant, appurtenant, concordant, supplementary, allied, associated, and finally, one that is descriptive but inconvenient: degrees for which the degree of Master Mason is a prerequisite. Some oppose the term high degrees, because they dislike the implication that the Master’s degree is not the highest, but the name is simple and convenient and its long usage would seem to preclude any possibility of avoiding it.”