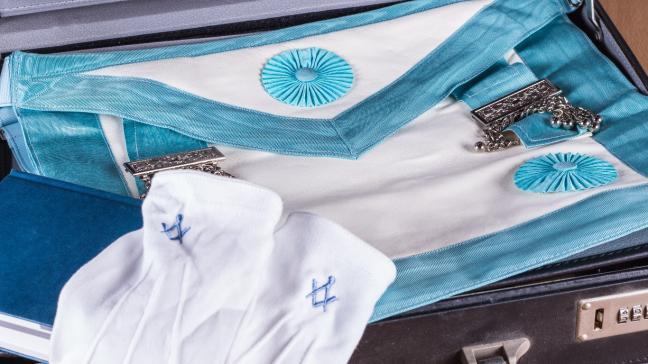 Masons, or Freemasons, are members of the oldest and largest fraternity in the world, with over two million active members. Freemasonry in its current format originated in the late 16th or early 17th century, and its members have included kings, presidents, scholars, and religious figures.

Learn about the tradition of Freemasonry and how to become a member of this esteemed brotherhood.

Freemasonry is founded on a commitment to support each other in friendship, fellowship and service to mankind. For thousands of years, people have found spiritual and philosophical fulfilment through freemasonry, which still operates on the same core values.

In order to become a Freemason, it is necessary to meet these requirements:

Have a sound reputation, and be well-recommended by your peers.

You must believe in a Supreme Being, regardless of your religion.

Be over the age of 21 may join regardless of ethnic group, political views, economic standing.

Students over 18 can join one of 55 University Lodges. UGLE oversees lodges in England, Wales, the Isle of Man and the Channel Islands, whilst Scotland and Ireland have their own Grand Lodges.

You should be able to commit to Monthly/bi-monthly gatherings at lodges. Remember that practice is as important as the lodge meeting itself, so this needs to be on your agenda.  You want to part of a lodge who commit to help new members learn ritual in a relaxed environment.

This commitment builds character, and understanding.

Teachings on the history of Freemasonry etc.

Encouragement to live for the good of all mankind, and ideas for practising good citizenship and acting with charity and love.

An invitation to participate in the ancient rites of Freemasonry, including a handshake, the rituals of initiation, and freedom to use the Masonic square and compass symbol.

Separate the hype from the truth. Books like The Da Vinci Code have perpetuated the notion that Freemasonry is a secret society with designs on taking over the world. Hidden symbols are said to be scattered around Washington, DC and other cities. The truth is that Freemasons are not part of any such conspiracy, and people who attempt to join Freemasonry hoping to gain access to secrets are not approaching the fraternity with the right intentions. If this is your aim, then I would recommend not joining.

Requesting Membership to the Fraternity

If you know someone who is a Freemason, you should ask them for advice, support and guidance. They will be able to help you start your journey. Otherwise the following guidance may help :-

Contact your local Lodge. The easiest way to begin the initiation process is to contact your local Masonic or Provincial Lodge which is easier to find using a web search and say you are interested in membership. There are a few other ways to start the process depending in which part of the world you’re applying to, it’s probably best if you start locally. The process will start from there:

Find a Freemason. Many Freemasons proudly display the Masonic symbol of the Square and Compass. They are happy to talk to people who wish to find out more information. A good place to start if you dont know anyone is Social Media – Facebook, Twitter and Instagram have some of the most proactive Freemasons in the world today – you can direct any questions to them.

Choose your Lodge Carefully. Consider Dates, Days of the week when a lodge meets, and Start times carefully. Will a lodge near work or home be more suitable?

Once you find a lodge that works, go to a social event with them. This is very important and a great way to start your journey. Getting to know people in a relaxed environment will help you in the future.

Accept an invitation to meet with the Freemasons. After your petition has been reviewed, you will be called to the Lodge for an interview with a group of Freemasons who form an Investigative Committee.

You will be asked questions concerning your reasons for wanting to become a Freemason, your history, and your character.

You will have the opportunity to ask questions about Freemasonry.

The Investigative Committee will spend a week or two contacting references with regard to your character and conducting a backward check. Alcoholism, drug abuse, abuse of family, and other issues may be grounds for denial.

In some countries, this investigative process can take years.

The Lodge’s members will vote on whether to accept you. If you are accepted, you will receive an invitation to become a member.

To become a Freemason, you must proceed through the process of obtaining three symbolic degrees

Begin as an apprentice. . The Entered Apprentice is the first degree, and introduces candidates to the basic principles of Freemasonry. Moral truths are impressed upon new candidates by the symbolic use of building tools.

Proceed to the Fellow Craft degree. The second degree continues to instil in candidates the principles of their new membership, especially their close association with the arts and sciences.

Become a Master Mason. The Master Mason degree is the highest degree a Freemason can earn, and the most difficult.

To get the most out of Freemasonry you have to put work in. It is just like ones life. It involves hard work, perseverance, learning, studying, sacrifice and most of all, a love of what you are doing,  or learning to do.

Approach it with an open heart, open eyes and most importantly an open mind. This is what will really make being a Freemason worthwhile.