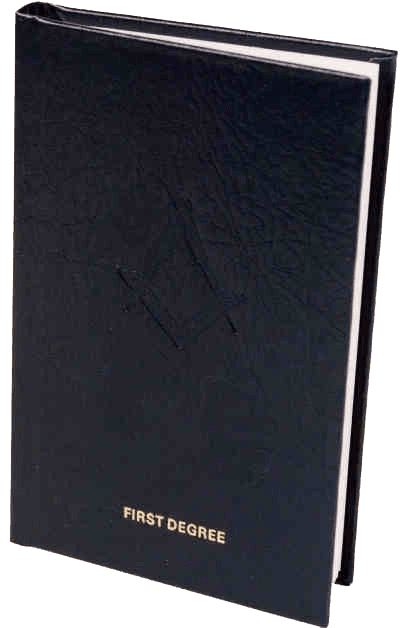 With the exception of the Craft and Royal Arch, the governing bodies of all recognised Masonic Orders exercise central control under their jurisdiction over the ritual practiced by the Lodges, councils, conclaves or whatever the unit may be called. Because of the way that the Craft developed from very early times, there was considerable diversity of practice from one part of the country to another, and particularly between the Lodges under the two rival Grand Lodges, the Premier and the Ancient Grand Lodges.

To pave the way for the union of these two Grand Lodges, a Lodge of Promulgation was formed in 1809 under the Premier Grand Lodge (or Moderns) to examine the ritual and make recommendations. Following the union in 1813, a Lodge of Reconciliation was established to complete the rationalisation of the ritual into a form acceptable to both parties forming the newly constituted United Grand Lodge. Its other main function was to demonstrate the unified ritual. Representatives of Lodges in London and the Provinces were invited to attend special demonstrations organised by the experts from the Lodge of Reconciliation, which completed its work in 1816.

However, because it was forbidden to print the ritual or even produce written manuscripts, so the communication of the work to the various Lodges relied heavily on the ability, not to mention the memory, of those attending the demonstrations. Their task was then to instruct their own members in the approved practices. In addition to the difficulty of interpretation, doubtless there would also have been the desire to improvise – a trait, dare one say, recognised in some present day Preceptors.

In view of these hazards, it is surprising how much uniformity was achieved. All present rituals are derived from the Lodge of Reconciliation ritual and, apart from a few Lodges in Bristol and the North of England, which retains more of the earlier practices, the degree of variation is quite small.

Ironically, most of our knowledge of ritual before the union comes from the early anti-Masonic exposure in England and France. The first ritual was probably a simple ceremony of admission, which developed into two degrees and, at about the time when the first Grand Lodge was formed in 1717, into a system of three degrees. These early ceremonies were mainly delivered in catechetical form and were evidently briefer and less well structured than the later ceremonies.

Early ritual was also Christian in content – indeed the Premier Grand Lodge met on St. John’s Day (24th June). The work of the Lodge of Reconciliation between 1813 and 1816 included demonstrations of the opening and closing ceremonies, the obligations and the perambulations. It was probably also when most of the Christian references were removed (although some remain in the present ritual).
Since that time, and until recent years, Grand Lodge has kept clear of involvement in ritual and has never officially recognised any particular working. Lodges were then, and are to this day, free to teach and practice whatever ritual they wish, provided the landmarks are not breached.

Private Lodges of Instruction were already in existence in the 18th century. However, the earliest one still in existence was that founded by the Lodge of Stability in 1817. This was followed by the Emulation Lodge of Improvement in 1823. Soon after this, two very important figures in the development of Craft ritual emerged, namely Peter Gilkes, who joined Emulation in 1825, and George Claret, both of whom had attended the Lodge of Reconciliation on a number of occasions.

Gilkes was a prominent teacher of Emulation, and two years after his death in 1833 Claret published a book of ritual that included Gilkes’ teaching. In 1838 he published another ritual book which included the three degrees questions before Passing and Raising, and the Installation of the Master and officers. These books were probably the first regular ritual books to be published. This is somewhat surprising because at this time the printing of ritual was still strictly frowned upon by Grand Lodge, and several later authors were firmly admonished for such transgressions.

After Claret’s death in 1850 his widow continued to sell the book until 1870. Further editions were published, the last in 1873, but it was effectively superseded in 1871 by a book entitled The Perfect Ceremonies, which purported to be the current Emulation teaching. In view of these developments it seems surprising that the earliest known teaching body, Stability, did not publish its ritual until 1902 and the Emulation Lodge of Improvement first published its approved ritual as recently as 1969.

Towards the latter part of the 19th century, and into the 20th century, an increased number of rituals emerged. Today there are some 40 published rituals and several hundred smaller workings, some unique to particular Lodges. Emulation is the most widely used. Some rituals are practiced within certain Provinces, such as the Oxford Working and the Sussex Working, and many others are popular in particular geographic areas.

For Taylor’s Working, the first edition of the ritual book under its present title M. M. Taylor’s Handbook of Craft Freemasonry was published in 1908, the second edition in 1975, the third in 1991 and the fourth in 2000. Prior to 1908 the work was called the Manual of Craft Freemasonry and was first published by M. M. Taylor in 1900, the copyright being held by Henry Hill, who was initiated in St. Marylebone Lodge No.1305 in 1874 and was Master in 1885.

Researches by Roy Fisher, currently Life President of the Association, suggest that Taylor, who started his printing business in 1863, began publishing and printing for Hill about 1897. A few years before this, during the 1880s, Logic, West End and Oxford rituals were published and it is believed that the precursory of Taylor’s Working, known as Hill’s North London Working, appeared in the same period. The only printed material for this working that has been traced is a booklet Questions which must be answered by the Candidate before Passing.

A comparison of Taylor’s ritual with others of the same period and earlier leads to the belief that Hill’s North London Working was derived from Claret’s working, the seventh and last edition of which was published in 1873.

It is pure conjecture, but perfectly plausible, that Hill’s Lodge (which works Emulation) would probably have used Claret’s Working until the supply of books ran out, when they would have used the Perfect Ceremonies.

Hill, after his year as Master in 1885, may have seized the opportunity to re-issue Claret under his own title. At present this is the best that can be offered for the original of Taylor’s Ritual. Apart from Stability, Emulation and Logic Working, very little was heard about teaching bodies for Masonic ritual until recent years.

Why did users of Taylor’s Handbook, along with adherents to several other rituals, some 60 years after the book was first published, decide that they needed an association to control the ritual?
As stated earlier, Grand Lodge had not deliberated on matters of ritual since the Lodge of Reconciliation closed in 1816. But in 1964 they did, and it was precisely for this reason that a number of hitherto unattached workings, such as Taylor’s and Universal, were brought under the control of ritual Associations.

At the Quarterly Communication of Grand Lodge held on 6 December 1964, a resolution in the name of Bishop Herbert, Provincial Grand Master for Norfolk, to approve a “permissive variation to the working of the penalties in the Craft obligations” was duly passed. The alternative working to be used, and the way it would be incorporated within the ritual, would be left to the discretion of the teaching bodies in particular and, generally, to the multitude of Lodges of Instruction which used the unattached workings, like Taylor’s.

In May 1965, Harry Carr, then secretary of Quatuor Coronati Lodge No. 2076 (the Premier Lodge of Masonic Research), presided over a meeting of representatives of a number of Lodges using the more popular of the unattached workings. The main object of the meeting was to agree on a standard form of wording for the permissive variations, based on the form already adopted by the established teaching bodies. After the meeting five brethren representing Lodges that use Taylor’s Working, formed an ad hoc committee. Much effort was involved, particularly in trying to trace Lodges that used the ritual. A meeting of representatives of Taylor’s Lodges was convened on 30 November 1965 and they formed the Association of Taylor’s Working, and the inaugural meeting was held on 31 January 1967.

The plans included the production of a new edition of the ritual book, the setting up of a team to demonstrate the working and the formation of a Lodge of Improvement. The second edition of the Handbook was published in 1975, some 68 years after the first edition. Taylor’s Lodge of Improvement held its first meeting in February 1976. Regular demonstrations of the work started in 1968, the first being attended by 545 brethren. After 100 years of publishing Masonic ritual, M.M. Taylor sold the publishing rights to Ian Allan Publishing in 1996. The late M M (Marlborough Millbank) Taylor, who died on 31 August 1999, was the grandson of the original publisher.

An embroidered drape was produced for the Master’s pedestal incorporating the familiar MMT Logo (the one that appears at the front of all Taylor’s ritual books) in full colour. This now takes pride of place at the LOI.
Following the publication of a new edition, almost all changes are to the rubric and explanatory notes – these are now much more extensive than in earlier editions. Changes to the spoken ritual are almost entirely corrections to grammer, spelling and punctuation. In certain cases we resort to the ultimate weapon, a quote from then Grand Secretary Sir James Stubbs to a paper by the distinguished Masonic author Colin Dyer entitled In Search of Ritual Uniformity:

“…while nothing will induce me publicly to compare one ritual’s virtues and failings with another’s I can and will say that what is thoroughly reprehensible is the practice, all too common among senior Past Masters who have become DCs and Preceptors, of culling different titbits from various rituals they have heard (or misheard) and incorporating them in what they purport to teach. A ritual is not the sum of the whims of the Lodge’s often self-appointed expert, it is something which should be laid down by the teaching authorities and from it there should be no deviation.”
(QC Transactions, Vol. 86, pp.166–167)