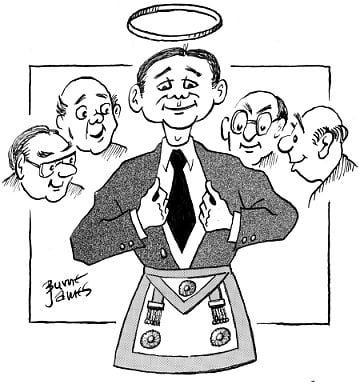 In the third Degree ceremony in Craft masonry, a brother is raised to the ‘Sublime Degree of a Master Mason’. It is indeed a ‘Sublime’ Degree, which, as a full member of the Craft, a Mason may study for years without exhausting it.

Any interpretation in this article must necessarily be a hint only. Yet a hint may stimulate a Mason to reflect upon it himself, and to study it more thoroughly in the future.

In the First and Second Degrees, the candidate was surrounded by the symbols of architecture, nature and science. In the Third Degree a different order of symbolism is found, cast in the language of the soul – it is life, tragedy and triumph. To recognise this is the first step in interpretation.

The second step is to recognise that the Third Degree has many meanings. It is not intended to be a complete lesson in itself, but rather a signpost pointing out paths to follow, a new departure in the form of an awakening of all the faculties. It is like the unfolding of a drama, or a work of art or symphony to which one may evermore return to find new significance and implications.

The Third Degree is indeed a drama. It is the drama of the immortality of the soul. It sets forth the truth that whilst man withers away to crumble and decay, there is deep within him that something that will never perish.

So, what does this ‘Raising’ ceremony of the Third Degree signify? To have the answer to this question is to have found the key to open up all the meanings of the Degree.

The life of a man is organised into a number of groups of experience. Some of these experiences are incidental to our passage through time, from childhood, through manhood to old age.

The most difficult of all to deal with is that made up of the evils of life, such as hard experiences, sin, defeat, suffering, disease, pain, loss of friends or fortune, enmity, treachery, crime, wickedness, sorrow and death.

Herein lie our greatest problems, our most trying ordeals and severest tests. If we can find the wisdom to deal with these, if we can triumph over and solve these problems, our characters will be secure, our happiness assured.

Evil, in the form of a tragedy, is set forth in the drama of the Third Degree. Here we witness a good and wise man, a builder, working for others, and giving others work.

This is work of the highest order, dedicated wholly to God. Through no fault of his own, he experiences tragedy from those he would call his friends and his fellow Masons.

Here is pure and absolute evil – a complete picture of human anguish and sorrow. The ritual explains how the Craft dealt with this tragedy. The first step was to impose the supreme penalty on those who had possessed the will to destruction. Therefore, they had to be slain lest further tragedy would follow.

Hence we learn the great truth that the greatest enemy man has makes war upon the good of mankind. Our response to such heinous crimes is that no quarter can be given. Throughout history, sound and proper justice has, and never will permit, any compromise. 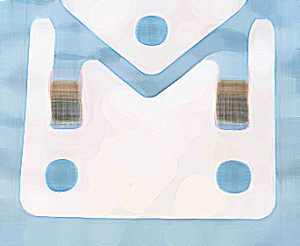 What of the victim of the tragedy? Here is the most difficult and profoundest lesson of the drama of the Third Degree. It is difficult to understand, and difficult to believe without a true understanding of the implications of a spiritual life.

Because the victim was a good man, his integrity rooted in an unvarying faith in God, that which destroyed him in one sense, could not destroy him in another. This is because the spirit in him rose above the reach of evil, and by virtue of that he was raised from a dead level to a living perpendicular.

What is the lesson to be learnt here? Let us imagine the case of a genuinely good man who has become the victim of the most terrible tragedy, one that has been caused by the treachery of his friends. This deceit has brought devastation upon the foundations of his life, upon his home, his reputation, even his ability to earn a living.

How can he be raised above the clutch of such destruction to his circumstances? How can he ever emerge a happier man, having endured such an ordeal? This is achieved by the effect of his spirit rising to the level of forgiveness, or resignation, or even self-sacrifice, by refusing to stoop to retaliation, or even to harbour thoughts of bitterness.

In such a spirit, the truest and most profound human happiness in the circumstances can be found. The secret of such power is in the Third Degree, symbolised by the tragedy of Hiram Abiff. It is the climax of the Craft ceremonies of Freemasonry. It stirs men to serve the truth by steadfastly maintaining their noblest aspirations even in the face of appalling adversity, out of which can rise a more perfect tribute to our Masonic ideals.

Next in importance, and in many ways equal in interest, is the strange and captivating ‘search for that which was lost’.

This has an historical background. To the early Jewish people, frequently a name was peculiarly identified with a person. It was held in reverence. Hence it was often secret.

Hence a substitute name was used in daily life. In particular the name of God was held in extreme reverence. This holy name was never pronounced above a whisper.

After a while it was only spoken by the High Priest, and then only when alone in the Holy of Holies on the Day of Atonement. It is understood that at the time of the Babylonian captivity, the High Priest was killed before he had the opportunity to pass the word on to his successor. Hence ‘the word’ was lost.

All this appears in the ritual in the form of a story or fable, called an allegory. So why does the ritual not explain fully and clearly the meaning of this symbolism? This is one of the genuine mysteries of the Third Degree, which leaves the candidate to find out the meaning for himself. It provides him with one of the most important challenges in his career as a Craft Freemason.

Freemasonry’s brotherly love began with the close ties of our forefathers – the operative Masons. Living together, working together, planning together and protecting each other soon made men learn to love each other.

Through their early and simple ritual it may well be that the Five Points of Fellowship had its origin. It would have united them in one sincere bond of fraternal affection. We can summarise this remarkable concept as follows:

In stretching forth the hand of friendship, and a pledge of brotherly love to render him assistance.

Pledges us to support a brother in all his praiseworthy undertakings, and reminded that we should press forward in the exercise of charity and kindness to a distressed fellow creature, whether Freemason or not.

A brother, when at prayer, in his devotions to Almighty God should always remember another brother’s welfare as his own, when the petition and prayer for self intermingles with aspirations of benevolence for a friend.

Demonstrates that a brother’s lawful secrets when entrusted to us, we should keep as our own. If he confides to us a secret, we are made keepers of his trust as well as his secret. To betray a trust is not the act of a brother Freemason.

We should never revile a brother’s character behind his back but, rather when attacked by others, support and defend it. “Speak no ill of the dead, since they cannot defend themselves”.

A Master Mason’s rights and privileges are to be described in principle and in spirit rather than in detail. Beyond all specific duties, rights and privileges, exists a region in which all are mingled together – the whole domain of Masonry’s teachings, ritual and symbols, history, ideals of jurisprudence, philosophy, literature – the whole Royal Art.

It is his right to be taught that Art, and have it in its fullness, none of it being reserved for a privileged few. It is his to enjoy all the privileges it offers to the spirit, the mind and heart. All that Freemasonry is, all that it means, all that it has to give or offer, belongs to every individual Mason in the same way and to the same extent as to all others.

However onerous one’s duties may prove to be, or however rigidly rights may at times appear to be regulated, such burdens sink into nothingness by comparison with this one privilege: that Freemasonry, in all its height, breadth, length and richness, belongs to you, to use and enjoy.