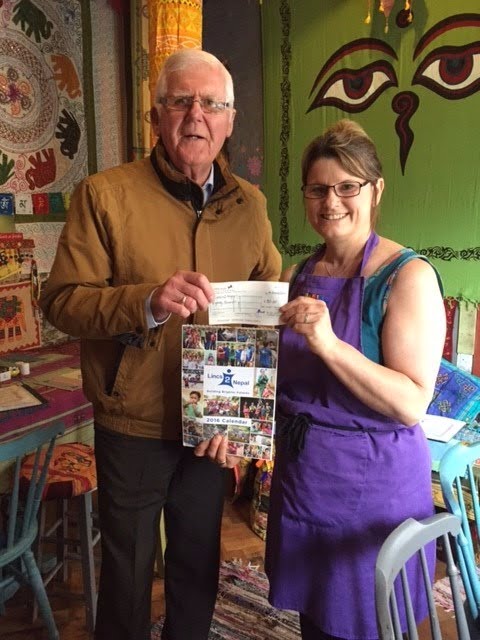 At the SJBDL ‘Sunday Ladies Festival’  held at The English Golf Union, a game of
‘heads or tails’ was organised by Worshipful Brother Bryn Strong which raised
the sum of £80; the winner being asked to nominate a charity of his or her
choice for where the money was to go to.

The prize, a bottle of 12 year old malt whiskey, was won by Ms Linden Major who nominated the charity ‘Lincs2Nepal‘ for the proceeds tobe donated to. This is a City of Lincoln based charity which actively raises money for the people of Nepal.

W Bro Bernie Buck, Charity Steward of SJBDL, visited Cafe Shanty in Lincoln to hand over a cheque for £80 to Mrs Tracy Goddard who is the link with this worthy charity.

Photo shows Bernie handing over the cheque to Mrs
Goddard.

For information about Freemasonry in Lincolnshire visit http://www.pgllincs.org/