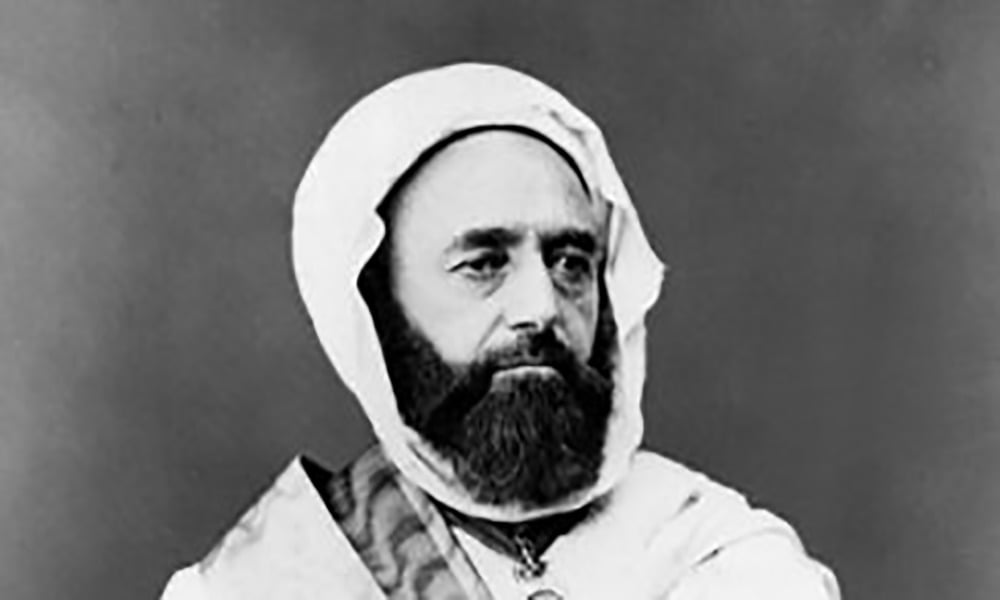 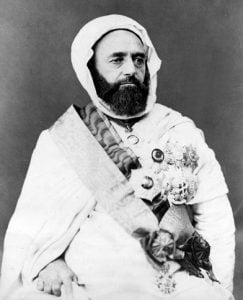 Abd-el-Kader (1807-1883) Algerian patriot and emir of Mascara. b. near Mascara, his family were Sherifs or descendants of Mohammed, and his father, Mahi-ed-Din, was celebrated throughout north Africa for his piety and charity. He received an excellent education in theology, philosophy and the manly arts such as horsemanship. After the French had taken possession of Algeria (1830) the Arabs entreated Mahi-ed-Din to become their 1st Duke of Abercorn sultan, which he did, but immediately abdicated in favor of Abd, his son. Abd, at the head of 9,000 troops marched toward Oran to drive out the French.

The fighting was bitter, but the French remained in possession of the city. For the next 13 years he stubbornly resisted the French conquest of Algeria, but in 1847 when they massed 120,000 troops against him, he was forced to surrender under these tremendous odds. Although promised that he would be allowed to go to Alexandria, he and his family were detained in Europe for five years. In July, 1860, he was active in defending the Christians against the murderous attacks of the Moslems in the Christian quarters at Damascus.

In recognition of saving many lives, he received decorations and presents from many countries.. The remainder of his life was occupied in public devotions, religious instruction and practical charity. A biography published in London in 1867 records this interesting episode: “Abd-el-Kader had just succeeded in achieving, after much toil and self-abnegation, the highest distinction to be attained in a religious profession, dogmatic and exclusive. By a singular contrast he now wished to wear the badge of a society based and established on the principle of universal brotherhood.

The Masonic body in Alexandria hastened to welcome the illustrious neophyte. The Lodge of the Pyramids was specially convened for the occasion on the evening of 18th of June (1867). Abd-el-Kader was initiated into the mysteries, and to the privileges of being a ‘Fellow of the Prophet,’ added the more time-honored privilege of being a ‘Free and Accepted Mason.’ ” He died at Damascus on May 26, 1883.