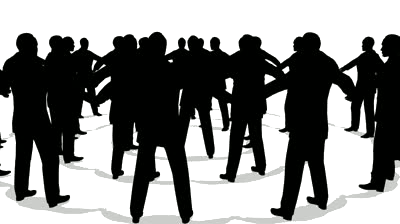 NOTES: For the Charge, the newly initiated Brother, instead of being placed in front of the JW pedestal is placed in the centre of the lodge by the Junior Deacon. As each brother speaks his sentence of the Charge, he stands and walks to the edge of the pavement as does each successive brother eventually forming a circle around him. The last sentence is delivered by the WM as he joins the circle in the east all then join hands as he completes the last phrase of the charge, “Truth, of Honour and of Virtue.”

1 Bro …..(surname), as you have passed through the ceremony of your initiation, let me congratulate you on being admitted a member of our ancient and honourable institution, ancient no doubt it is, as having subsisted from time immemorial, and honourable it must be acknowledged to be, as by a natural tendency it conduces to make those so, who are obedient to its precepts.

2 Indeed, no institution can boast a more solid foundation than that on which Freemasonry rests – the practice of every moral and social virtue. And to so high an eminence has its credit been advanced that in every age, monarchs themselves have been promoters of the art, have not thought it derogatory to exchange the sceptre for the trowel, have patronised our mysteries and joined in our assemblies.

3 As a Freemason, let me recommend to your most serious contemplation the V.S.L., charging you to consider it as the unerring standard of truth and justice and to regulate your actions by the divine precepts it contains.

4 Therein you will be taught the important duties you owe God, to your neighbour and to yourself. To God by never mentioning his name but with that awe and reverence which are due from the creature to his Creator, by imploring his aid in all your lawful undertakings, and by looking up to him in every emergency for comfort and support.

5 To your neighbour, by acting with him on the square, by rendering him every kind which justice or mercy may require, by relieving his necessities and soothing his afflictions and by doing to him as in similar cases you would wish he would do to you.

6 And to yourself by such prudent and well-regulated course of discipline as may best conduce to the preservation of your corporeal and mental faculties in their fullest energy thereby enabling you to exert those talents wherein God has blessed you, as well to his glory as the welfare of your fellow creatures.

7 As a citizen of the World, I am to enjoin you to be exemplary in the discharge or your civil duties, by never proposing or at all countenancing any act that may have a tendency to subvert the peace and good order of society.

8 By paying due obedience to the laws of any state which may for a time become the place of your residence or afford you its protection, and above all, by never losing sight of the allegiance due to the sovereign of your native land, ever remembering that nature has implanted in your breast a sacred and indissoluble attachment towards that country whence you derive your birth and infant nurture.

9 As an individual, let me recommend the practice of every domestic as well as public virtue; let Prudence direct you, Temperance chasten you, Fortitude support you, and justice be the guide of your actions. Be especially careful to maintain in the fullest splendour those truly Masonic ornaments which have already been amply illustrated – Benevolence and Charity.

10 Still as a Freemason there are other excellencies of character to which your attention may be peculiarly and forcibly directed; among the foremost of those are Secrecy, Fidelity and Obedience. Secrecy consists in an inviolable adherence to the Obligation you have entered into – never improperly to disclose any of those Masonic secrets which have now been, or may at any future period, be entrusted to your keeping, and cautiously to avoid all occasions which may inadvertently lead you so to do.

11 Your fidelity must be exemplified by a strict observance of the Constitutions of the fraternity, by adhering to the ancient landmarks of the Order, by never attempting to extort, or otherwise unduly obtain the secrets of a superior degree, and by refraining from recommending anyone to a participation of secrets unless you have strong grounds to believe that by a similar fidelity he will ultimately reflect honour on your choice.

12 Your Obedience must be proved by a strict observance of our laws and regulations, by prompt attention to all signs and summonses, by modest and correct demeanour in the L., by abstaining from every topic of political or religious discussion, by a ready acquiescence in all votes and resolution duly passed by a majority of the Brethren, and by perfect submission to the M. and his Ws. whilst acting in the discharge of their respective offices.

13 And as a last general recommendation, let me exhort you to dedicate yourself to such pursuits as may at once enable you to be respectable in life, useful to mankind, and an ornament to the society of which you have this day become a member; to study more especially such of the liberal Arts and Sciences which may lie within the compass of your attainment, and without neglecting the ordinary duties of your station, to endeavour to make a daily advancement in Masonic knowledge.

14 From the very commendable attention you appear to have given to this charge, I am led to hope you will duly appreciate the value of Freemasonry, and indelibly imprint on your heart the sacred dictates of Truth, of Honour and of Virtue.