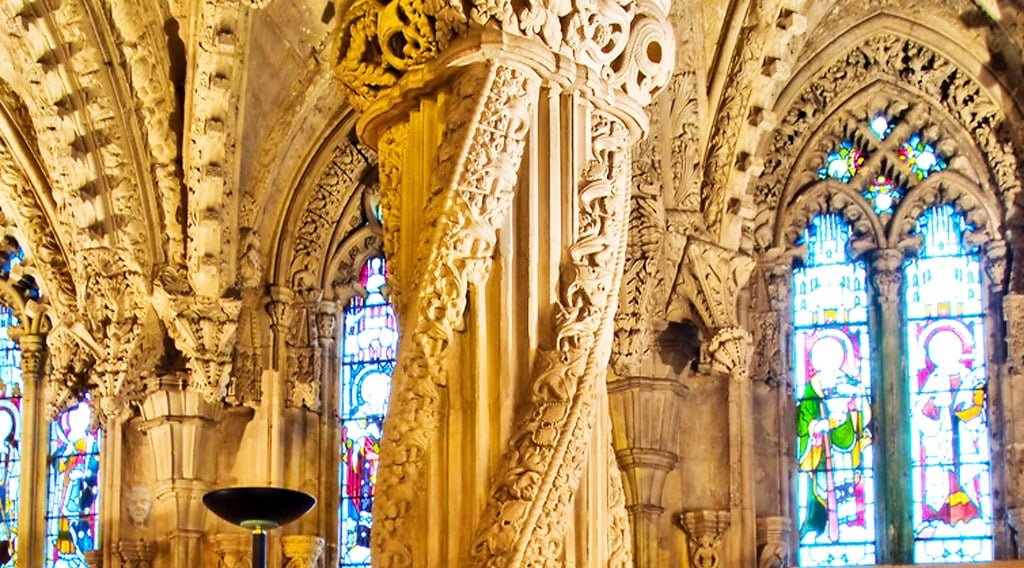 Of the many mysteries and legends which envelop Rosslyn Chapel few can be so well known as that surrounding the ‘Apprentice’ Pillar. The legend concerns the murdered apprentice with its overt references to the initiation rituals of ancient guilds of stonemasons which stretch back to the murder of Hiram Abif, the master mason, at the time of the building of King Solomon’s Temple in Jerusalem. Thus, the murder of the apprentice at Rosslyn is seen as a symbolic re-enactment of the murder of Hiram Abif which, today, has immense spiritual and emotional connotations for the world-wide fraternity of Freemasons. The story of the murdered apprentice runs as follows:

“The master mason having received from his patron the model of a pillar of exquisite workmanship and design, hesitated to carry it out until he had been to Rome or some such foreign part. and seen the original. He went abroad, and in his absence, an apprentice, having dreamed the finished pillar, at once set to work and carried out the design as it now stands, a perfect marvel of workmanship. The master mason on his return was so stung with envy that he asked who had dared to do it in his absence. On being told it was his own apprentice, he was so inflamed with rage and passion, that he struck him with his mallet, killed him on the spot, and paid the penalty for his rash and cruel act.” 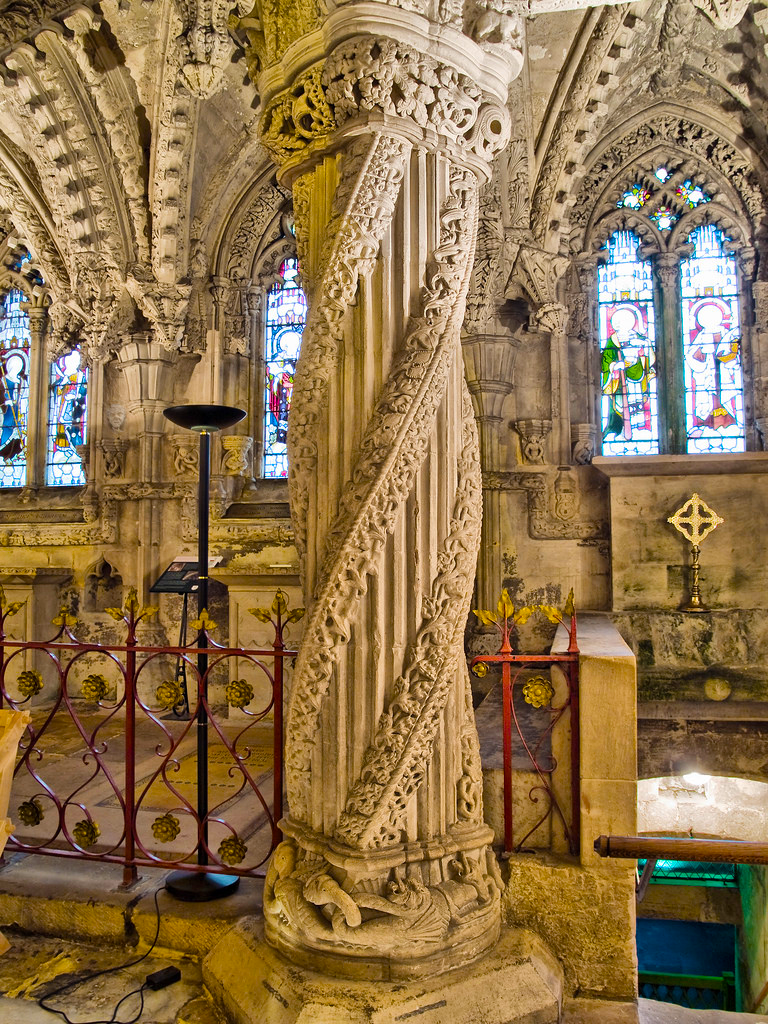 This legend has come down to us, in almost unaltered form, since the foundation of the chapel. A previous minister at Rosslyn, the Rev. Thompson claimed that the bishop of St. Andrews, within whose diocese Rosslyn lies, was actually in Rome at the time when the chapel was nearing completion and obtained from the Pope a dispensation to ‘reconcile Rosslyn’ that is, to cleanse it from the pollution of some deed of violence committed within its precincts. ‘The details of the particular circumstances that made it necessary to ‘reconcile’ Rosslyn are not given, but it at least seems likely that it may have been the one whose account has been so faithfully preserved. Further confirmation of the long lasting nature of the legend is given in an account now over three hundred and thirty years old:-

“Two Miles Further on we saw Roslen Chapel, a very pretty design, but was never finished, the choir only and a little Vault. The roof is all stone, with good imagery work; there is a better man at exact description of the stories than he at Westminster Abbey: this story is told us, that the Master builder went abroad to see good patterns, but before his return his apprentice had built one pillar which exceeded all that ever he could do, or had seen, therefore he slew him; and he showed us the head of the apprentice on the wall with a gash in his forehead and his master’s head opposite him.” Thomas Kirk, “Account of a Tour in Scotland” 1677.

Additional support for this puzzling story comes from the persistent tradition that before its completion, Rosslyn Chapel had to be re-consecrated.

Who can honestly tell what further investigation may disclose? Some things, however, are beyond doubt, and foremost among them is the innate quality of the “Apprentice Pillar” itself. The design and workmanship displayed by this strange carving, surpass in skill the vast majority of the other inspired sculptures of even this mystical church. It is alleged that the apprentice himself originally came from the Orkneys and the pillar for which he gave his life represents the Yggdrasil tree of Norse mythology, the world Ash which binds together heaven, earth and hell. The crown of this tree comprises the twelve constellations of the Zodiac, the spiralling branches symbolise the planets and the roots of the trunk dig deeply into the elements of the earth. At the bottom of the pillar the dragons of Neifelheim can be seen gnawing at the roots of the tree to rob it of its fruitfulness. ‘The pillar itself represents a kind of transformation of an ancient pagan conception into the Christian Tree of Life. Thus to the curious mixture of Celtic, Pagan, Greek and Medieval Christian spiritual references present in this unique chapel, we now have to add Norse influences as well.