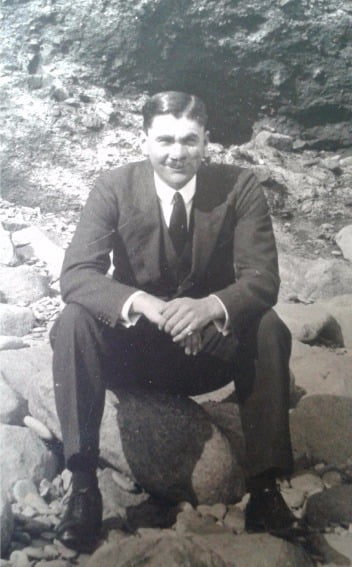 Plymouthian, Bertram Blight, was one of the first men to receive extensive and radical plastic surgery at the end of the First World War. However, he would never have had the opportunity of surviving to 1952 if it wasn’t for the ring that he was wearing at the time he incurred his horrific injuries.

Bored with his job as a bank clerk, in 1916 Blight joined the 9th Battalion, Devonshire Regiment and by October 1917 he was in the thick of the action at Gheluvelt, near Ypres. Whilst trying to gain ground near a railway embankment, he was hit by machine gun bullets, suffering shocking facial injurers with his nose shot away along with his teeth and part of his face. As he was unconscious he was assumed dead and left on a pile of bodies of many other casualties. 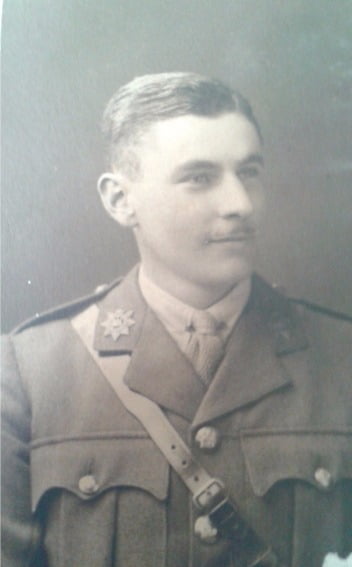 A German soldier noticed he was wearing a gold Masonic ring and on close inspection realised that Blight was alive. He was taken a prisoner and transported to Stettin near the Baltic Sea, not before being bombed by the RAF while he waited at Cologne Railway Station.

He spent the next year in the prisoner of War camp, and then in July 1918 he was repatriated and returned to England possibly as part of a prisoner swap. His injuries were then treated. He attended hospitals in London (Millbank), in Teignmouth (Everest) and in Sidcup (Queens). He was also at Wandsworth Hospital whilst the sculptor Francis Derwent Wood was making masks in his ‘Tin Noses Shop’ .

He underwent at least twelve radical operations in two years at the specialist facial surgery hospital in Sidcup. Between June 1919 and October 1920, His face was rebuilt using techniques pioneered by Dr Harold Gillies.

In 1921, the Ministry of Pensions declared his wounds ‘equivalent to a loss of limb’. After multiple operations and with severe facial scarring, Bertram was offered his job back. He was soon promoted and served as Ashburton’s bank manager for nearly 20 years. He died in Torquay in 1952, but is buried in Ashburton, alongside others who served in World War One.

The 26th October is the 100 year anniversary of his being wounded.

His story was part of 2014 Faces of Conflict – an international study into the relationship between art and facial reconstruction. He was also featured in a special BBC World War One at Home Series. 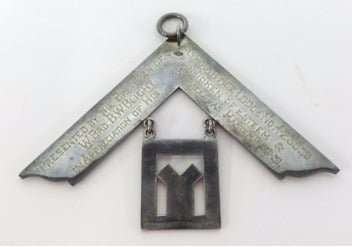 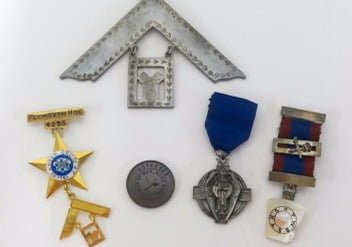 Bertram was member of the Plymouth Hoe Lodge, Number 4235, being a Master of the Lodge from 1930 to1931. He was awarded various medals and badges. The family have now decided to put these to auction. Understandably they have decided to keep the special ‘lucky’ Masonic Ring in the family.

“Bertram Blight was a banker, a soldier, a prisoner of war (PoW) and one of the first plastic surgery patients, his life story is truly remarkable.”

You can see more on this story at the BBC – World War One At Home.