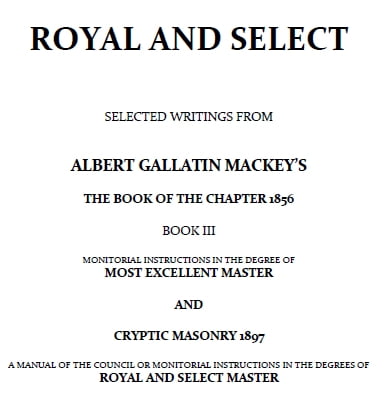 Reading Time: 67 minutes During research I was doing into the Holy Royal Arch of Jerusalem I came across a book in the George Holden library at the Solent Masonic Centre at Freshwater, Isle of Wight called the Book of the Chapter and printed in the United States in 1856, the Author being the famous American Masonic historian Albert Mackey MD. The book had been part of the collection of the Bombay Masonic Library in the latter half of the 19th century.