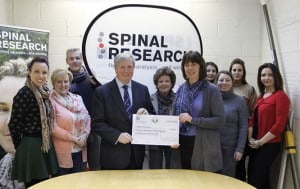 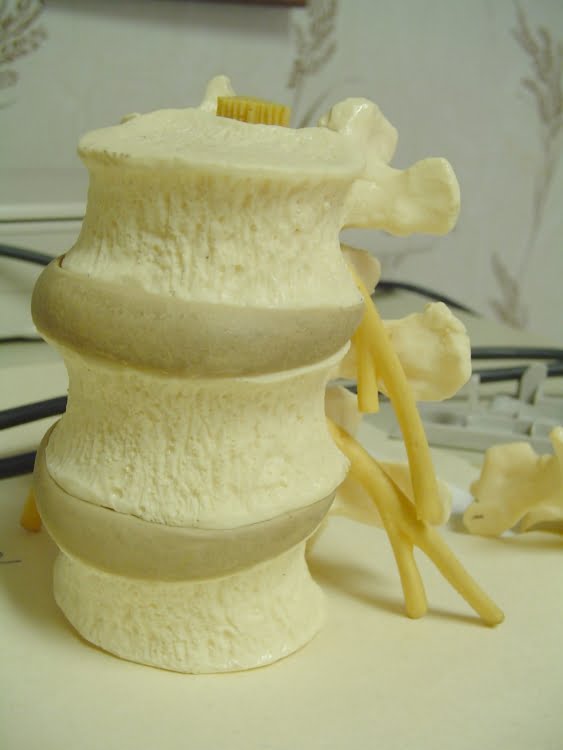 BY IDENTIFYING A PROTEIN THAT IS VITAL IN NERVE DEVELOPMENT, PROFESSOR ROGER KEYNES AND HIS TEAM HOPE THEY MIGHT HELP TO CURE SPINAL CORD PARALYSIS. IMOGEN BEECROFT REPORTS ON HOW FREEMASONS ARE SUPPORTING THIS GROUNDBREAKING RESEARCH

A promising gymnast since the age of eight, Josh trained six days a week to fulfil his ultimate goal of competing in the London 2012 Olympic Games. When Josh was 16, a fall ended this dream and left him paralysed from the chest down.

Of the 20 people a day who sustain a spinal injury in the UK, three are told they will never walk again. There is currently no effective medical treatment for the 50,000 people in the UK and Ireland living with spinal cord paralysis, meaning that people like Josh face a lifetime of round-the-clock care.

The figures are so high because the nerves connecting the brain and the body are commonly damaged – or even severed – in a spinal cord injury, destroying this vital communication link.

However, after decades of research, a spinal cord injury may no longer result in a life spent in a wheelchair. Two Cambridge academics, Professor Roger Keynes and Dr Geoffrey Cook, have identified a protein that has the potential to aid recovery after injury, possibly even helping nerves to regrow and self-repair.

In November 2014, The Freemasons’ Grand Charity and the Masonic Samaritan Fund (MSF) donated £42,000 to the International Spinal Research Trust (ISRT), which is supporting the project. Despite being the UK’s leading charity funding research into medical treatment for spinal cord paralysis, the ISRT team operates on just £2 million of donations a year.

ISRT trust manager James Clark says: ‘Given the size of the charity, this is a really significant donation. The project costs about £90,000, so the MSF and The Freemasons’ Grand Charity are effectively funding about half of it.’ Specifically, the masonic donation has helped to fund one of the ISRT’s PhD studentships. These three-year projects will identify the researchers of tomorrow – those who will go on to play a central part in the development of treatments for spinal injury.

Professor Keynes speaks highly of the studentship, emphasising that it not only provides his team with a PhD student, Julia Schaeffer, to assist them, but also gives her a great education. ‘It’s absolutely essential that we have a student to work with,’ he says. ‘Julia is learning lots of different techniques, and her input, ideas and skills at the bench are absolutely critical as these are very tricky experiments.’

‘The professors have worked for two decades to identify a protein that performs a vital function in the early stages of development.’
PATTERNING PROTEINS

Calling these experiments ‘tricky’ might be something of an understatement: the professors have been working for two decades to identify a crucial protein that performs a vital function in the early stages of development. It is an inhibitor, stopping the growth of nerves where necessary and controlling the pattern in which they develop.

Humans are able to move and feel because they have a patterned system of nerves connecting the spinal cord with muscles and skin. In order to make this connection, nerves must navigate through the vertebrae that surround the spinal cord and it is this specific protein that allows them to do so.

Professor Keynes now hypothesises that the body expresses more of this protein following a spinal cord or brain injury, which could inhibit nerve development and prevent recovery. ‘The protein’s normal function is to steer nerves out of the spinal cord,’ he explains, ‘but we believe that it is also expressed at an injury site, preventing the nerves within the spinal cord from regrowing.’

The idea is being tested at the Cambridge Centre for Brain Repair in collaboration with Professor James Fawcett. If it is possible to stop this protein from functioning in such a way after injury, the damaged nerves might be able to regrow.

It might seem far-fetched, but, as Clark notes, ‘When we started the ISRT in 1980, people thought the things we were working on were a waste of time. They believed that once someone had been paralysed it was impossible to repair their central nervous system. Work over the past 30 years has proved that wrong – you potentially can.’

Progress has only been possible because of donations like the one made by the masonic charities, as the ISRT receives no government funding. Ian Sabin, MSF trustee and research committee member, explains the decision to donate to this particular project: ‘This charity was thought to be well worth supporting. The research will provide another piece of the jigsaw and contribute towards the understanding of nerve-growth-blocking factors and spinal cord regeneration. It will hopefully help to show the way forward in the development of new treatments for spinal cord injury.’

‘We’re convinced by the potential importance of what we’re doing, so charity funding is critical.’ Professor Roger Keynes
BARRIERS TO RESEARCH

As a consultant neurosurgeon, Sabin is well aware of the difficulties facing medical researchers in the UK. ‘Medical and scientific research in the UK is handicapped by a relative lack of funding. Doctors are choosing not to go into research posts for all sorts of reasons but the difficulty in obtaining research grants is certainly one of them. The fact that we [the MSF] can provide some funds is very important – it’s a shame that as a country we don’t take scientific research more seriously.’

Professor Keynes echoes Sabin’s point about the importance of research funding. ‘It has taken us a long time to get this far, and it’s not easy to keep funding going if you’re not producing vast amounts of publications. But we’re convinced by the potential importance of what we’re doing, so this sort of charity funding is critical.’

If their ideas are correct, and yield successful results, what will this mean for those suffering from spinal cord injuries? ‘If we are right,’ says Professor Keynes, ‘and this protein is blocking nerve growth in damaged areas, and we could stop this, then regeneration could take place.’

Professor Keynes notes that regeneration has always been possible in nerves of the arms and legs. ‘If they are damaged they can regrow, self-repair and wire up reasonably well. The problem is that nerves in the brain and spinal cord don’t do this, so the hope is that if we can identify the brakes on these nerves and what they’re due to, they too could self-repair.’

While perhaps still a long way off, this research could open up a whole world of hope and opportunity for those paralysed after a spinal cord injury. As Professor Keynes says, ‘It’s not impossible, put it that way.’

Reading Time: 5 minutes At its General Meeting held in Norfolk in November 2014, The Freemasons’ Grand Charity approved grants totalling £1,365,500 to be donated to non-Masonic causes: • £715,500 for 21 different valuable causes specified below • £192,000 for air ambulance charities and similar rescue services in England, Wales and the Crown Dependencies • £458,000 for major and … Read more