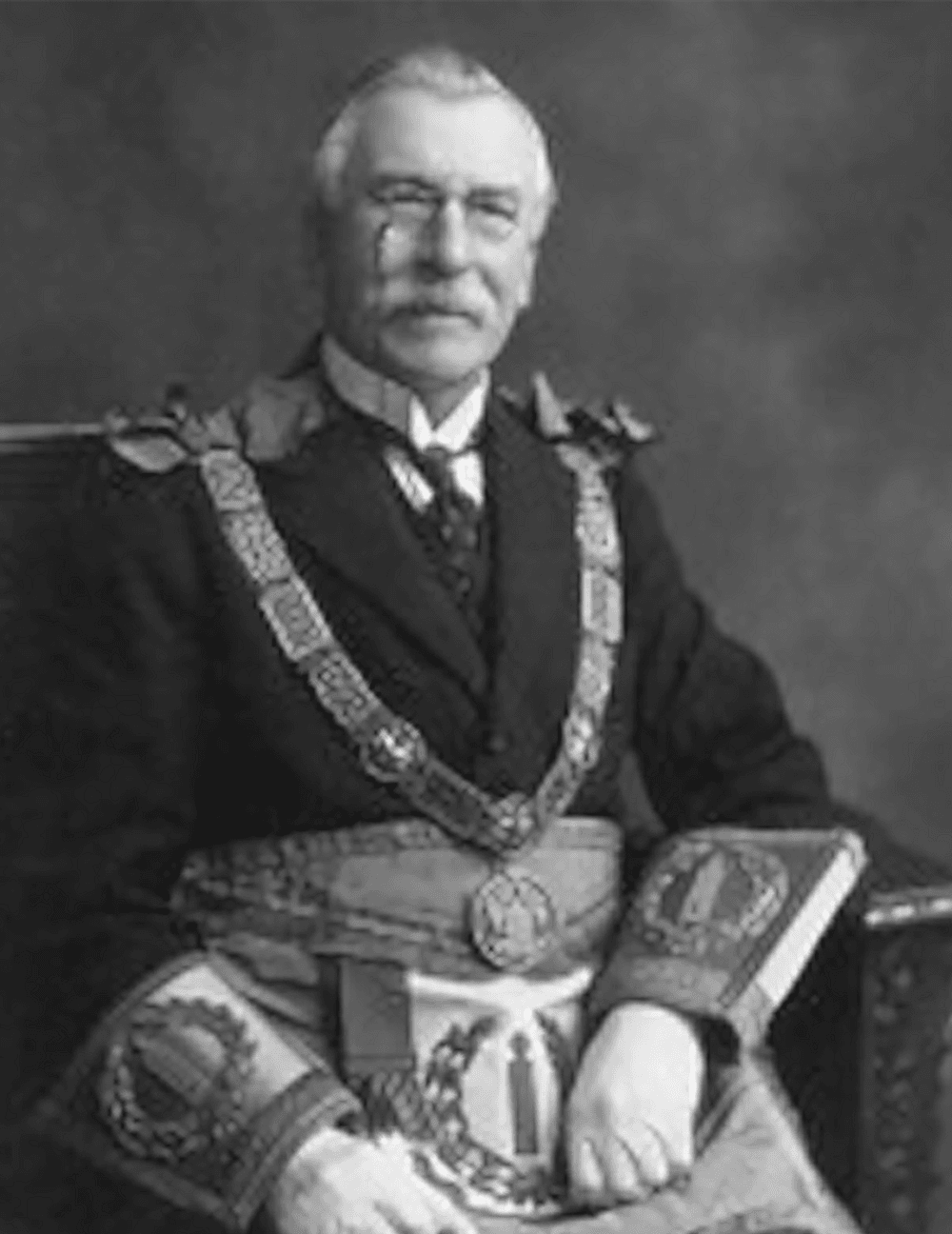 Reading Time: 2 minutes Sir Alfred Robbins perceived influence in the governing of freemasonry in the early years of the twentieth century led to him being described as “the prime Minister of English freemasonry”. Born in 1856 in Launceston, Cornwall, he became a well-respected journalist as London Correspondent for the Birmingham Daily Post from 1888. Robbins joined freemasonry in Gallery Lodge No.1928, the lodge for members of the Press Gallery of the House of Commons,