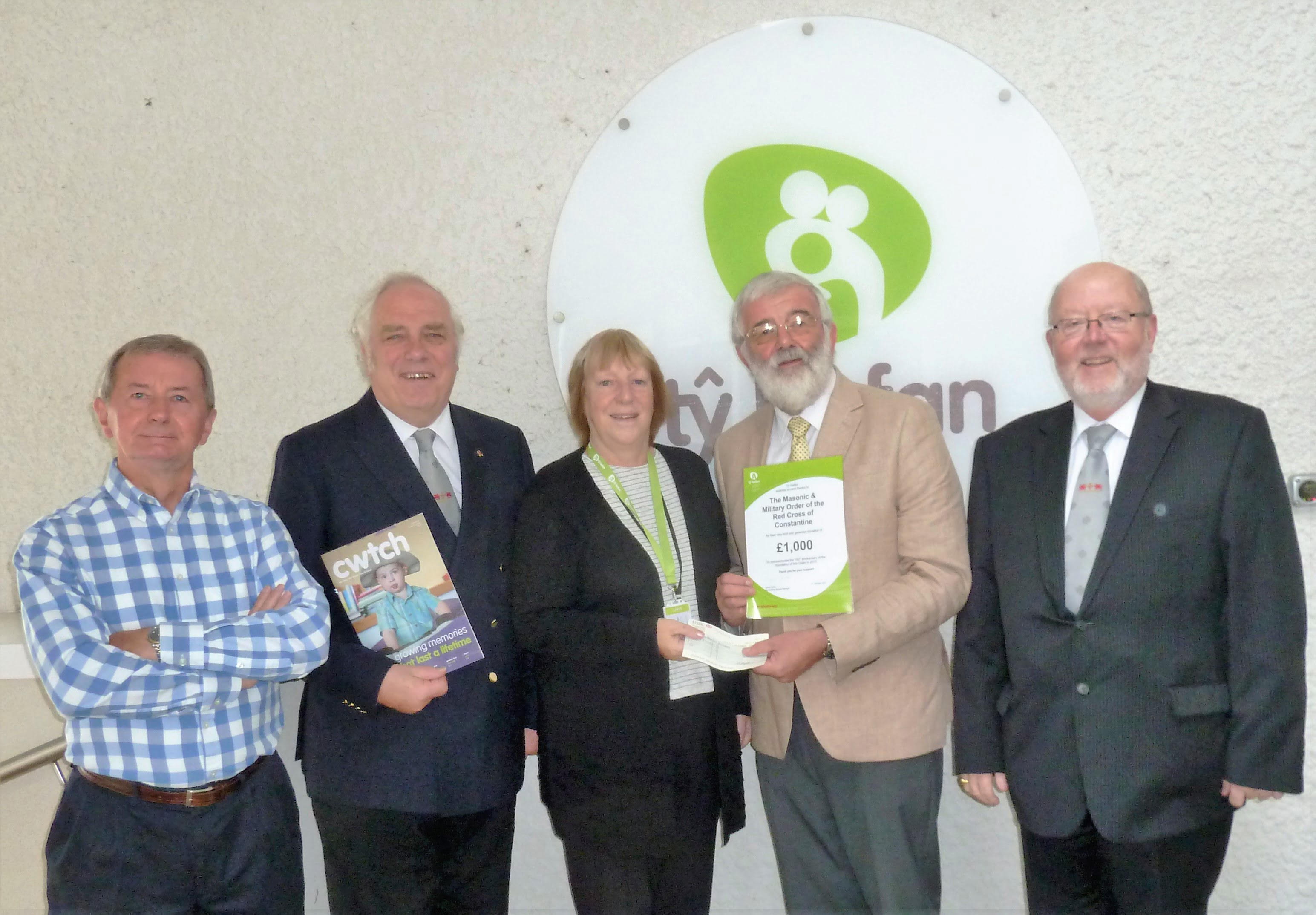 In 2015 the Masonic and Military Order of the Red Cross of Constantine celebrated its 150thAnniversary with a Family Church Service at Lincoln Cathedral on Saturday 9thSeptember, which was attended by over 800 Knights and their wives/partners, followed by luncheon at the Lincoln County Showground. The Grand Sovereign, M.Ill.Kt. Graham Leslie Flight, G.C.C. in recognition of and to further commemorate the Sesqui-centenary announced that it was his wish to make a substantial donation from The Grand Sovereign’s Care for Children Fund, which had been established a few years earlier by one of his predecessors, principally for the benefit of sick or disadvantaged children who needed support.

Leading up to the 150th anniversary of the foundation of the Order, the members in England, Wales and the Divisions overseas were encouraged to financially support the Care for Children Fund with donations to boost the reserves.  Resulting from these collective efforts, it was decided that each Division within the Order would be invited to nominate a children’s hospice from within in their region to receive a donation from the Care for Children Fund: the Hospice nominated by the Division of South Wales and Monmouthshire was Tŷ Hafan, based in Sully, near Barry.  Such was the level of response to the Sesqui-centenary appeal that The Order was able to issue a cheque for £1000.00 to each of its 33 Divisions for onward presentation to a nominated children’s hospice, whilst still holding something in reserve.

The cheques were distributed to Intendants-General at their Annual Conference held at Mark Masons Hall London on 12thOctober 2016, where The Division of South Wales and Monmouthshire received its cheque for £1,000. 00.

This was formally presented to Diane Stringer, Corporate & Community Administrator & Care Liaison Officer for Tŷ Hafan on the 24thOctober 2016 by R. Ill. Kt. Graham S. Gubb, Intendant-General (Divisional Head of Order) of the Red Cross of Constantine South Wales and Monmouthshire Division, he was accompanied by Ill. Kt. Ronald Slater, Deputy Intendant General and members of the Divisional executive.