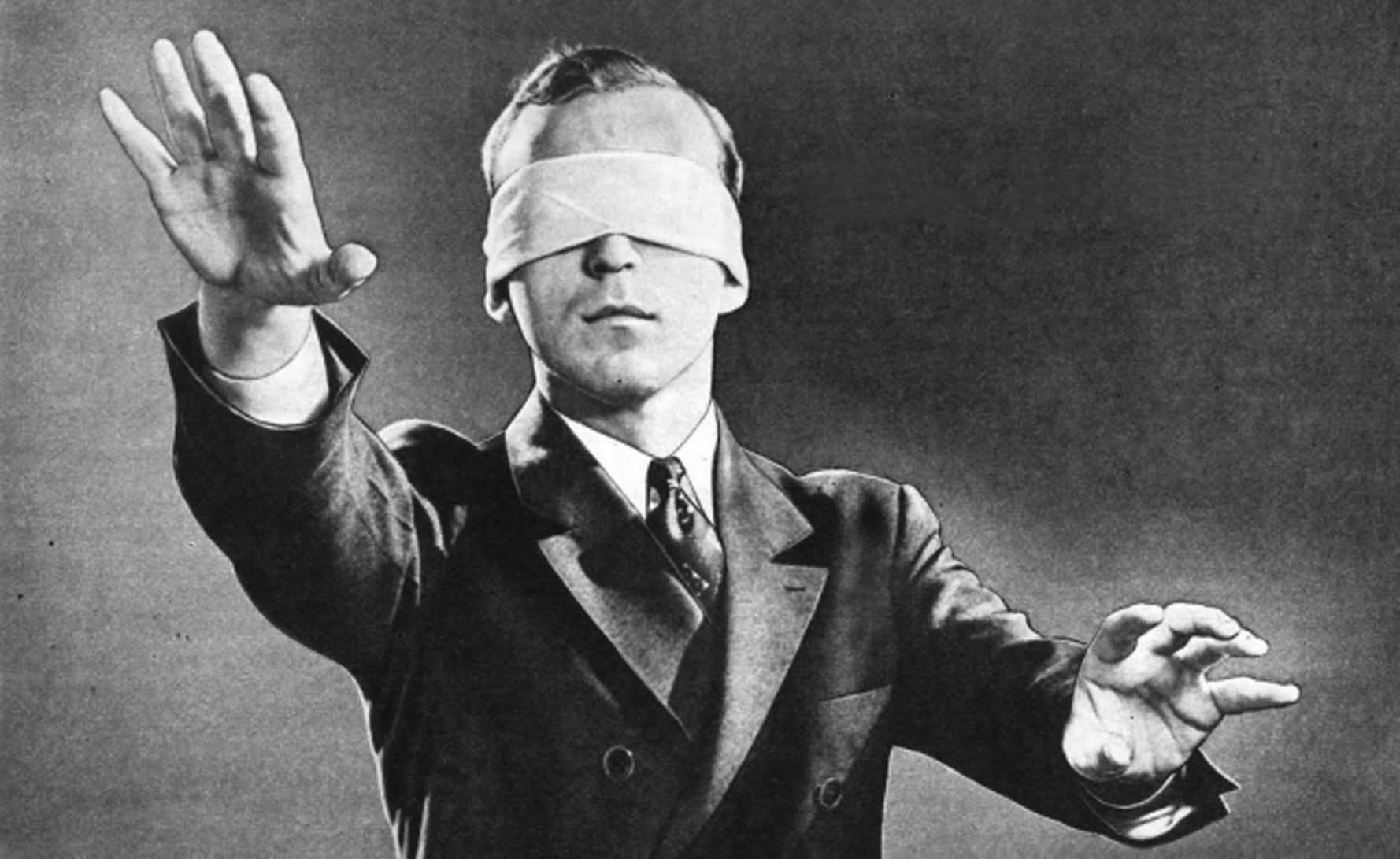 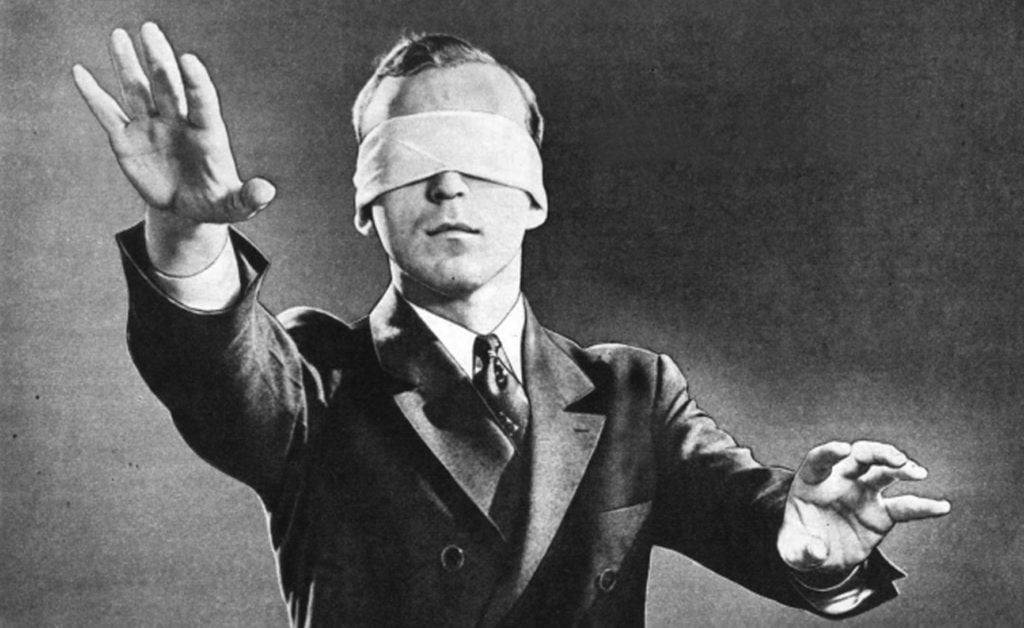 Despite the ritual, only a very ill-informed man can imagine that the hoodwink is for the purpose of concealing the Lodge room and the Brethren from the Initiate until he is obligated.

Yet these thoughts do pass before the minds of the Brethren as they wait with keen anticipation to watch the effect that the ceremony has upon the candidate.

There is nothing secret about the inside of a Masonic temple. The architect who designed the building, the contractors who completed the contract, and all his workmen, down to the charwoman who regularly sweeps and dusts and maintains the place, have all seen the inside of the Lodge room.

The United Grand Lodge of England has held conducted tours on a daily basis around the temple at Great Queen Street for many years. In many Lodges, it has always been the custom to invite the Ladies and non-Masons who attended ladies evening festivals to “have a look around the Lodge room”.

This is to say nothing about the recent policy of “openness” and the resulting implications of “Freemasonry in the Community” So what is the meaning, and the purpose behind the hoodwink?

What is its symbolism?
Many different rituals required that the eye should not see until the heart has conceived the mysteries of the Order. It was, therefore, commonplace for the aspirant to membership to be always shrouded in darkness as a preparatory step to the reception of the full light of knowledge (whatever that may be!) The time for the confinement of a candidate into darkness and solitude varied dramatically across the different mysteries.

Among the Druids of Britain the period was nine days and nine nights! Some of the Grecian mysteries required three times nine days! In the select Persian Orders the period of time was extended to the incredible period of 50 days of darkness, solitude and fasting.

So, upon reflection, we have all had a relatively comfortable ride during our admission into the Craft! Taking our minds back to the creation of the world, darkness is thought of existing before light was created.In the Old Testament, as well as many other ancient religions and philosophies, darkness is symbolic not only of ignorance, but of sin, evil and wrong.

This is not so with regards to Masonic darkness of the hoodwink. The reason for this is because evil, sin and wrong are matters of a voluntary nature. They are the result of going against knowledge. There is no thought in any Masonic degree that the candidate is or does evil.

The hoodwink is not voluntary.
The candidate submits to the hoodwink because the degree requires him to do so. It is a requirement to emphasise ignorance now and knowledge to come. Not sin now and redemption to come.

A comparison between theology and Freemasonry is worth a mention here. A Freemason’s darkness indicates only a helpfulness to emphasise the worth of knowledge. In a Freemason’s Lodge it is not used to emphasise a moral regeneration.

A candidate for Freemasonry is already a moral individual or he would not be an Initiate! Interestingly, there is a particularly appropriate extract from Isaiah which exclaims:

The “treasures of darkness” are those which the Initiate receives whilst he is in darkness; the hidden riches of secret places he receives later in the ceremony when he is permitted to kneel in “the secret places” of Freemasonry.

Without darkness he could neither see nor appreciate the light. The darkness of unseeing eyes is in itself a treasure in that it teaches the lesson of dependence upon others – of friendly hands, of the eventual unveiling to come – and the unforgettable anticipation of new knowledge.

A further reference to the scriptures is interesting when before the unveiling there is “darkness on the face of the deep”. This darkness is fully emphasised in the degree.

“The spirit of God moved upon the face of the waters” … Here we all can recall – that never-to-be-forgotten moment when it is only by a knowledge of – and a dependence upon The Great Architect of the Universe – that illumination is possible. By this we mean Masonic illumination.

This can only be described as the very heart of Freemasonry. Here is the great and solemn explanation of the hoodwink:

The anticipation of knowledge to come;
Its removal – a reminder of the treasures of darkness;
Its revelation of the hidden riches of secret places.
It is such a profoundly important moment in the life of a Freemason when, as an Entered Apprentice, he is given such a precious possession to have all his life.

Doctor Oliver, an eminent Masonic historian, had this to say about the subject:

The temporary blindness of the hoodwink is symbolic of the deprivation of moral and intellectual light. Therefore the Masonic candidate represents one immersed in intellectual darkness, groping in the search for that Divine light and truth which are the objectives of our Fraternity.

William Preston, maybe the best known authority upon these matters, describes in his Illustrations of Masonry published in 1772 what is described as the sense of sight; he wrote:

SEEING is that sense by which we distinguish objects, and are enabled in an instant of time without change of place or situation, to view armies in battle, array, figures of the most stately structure and all the agreeable variety displayed in the landscape of Nature.

By this sense find we our way in the pathless ocean, traverse the globe of this planet earth, determine its figures and dimensions and delineate any region or quarter of it. By it we measure the planetary orbs, and make new discoveries in the sphere of the fixed stars.

Nay, more – by it we perceive the tempers and dispositions, the passions and affections of our fellow creatures, when they wish most to conceal them. Although the tongue may be taught to lie and dissemble; countenance will display the hypocrisy to the discerning eye.

In fine, the rays of light which administer to this sense are the most astonishing parts of the inanimate creation, and render the eye a peculiar object of admiration.

Besides the symbolism of the hoodwink, there are two psychological reasons for depriving the candidate temporarily of his sight. First, man has only a certain amount of power to receive impressions. If this power is divided between the eye and the ear and the sense of touch, the deprivation of one sense will increase the strength of the remaining senses. The blindfold will therefore increase and emphasise the words which the Initiate hears, which means that he will pay more attention to the spoken words of the ritual. Second, a candidate is more impressed when he is “part of the action”.

The more that he becomes part of it the greater the impression is made upon him.

Hoodwinking the candidate singles him out from his fellows. In fact, for a time, he is put into a different situation from the people around him. He is immediately made to feel dependant upon a friend. He can no longer defend himself. He has to put his trust in his fellows.

Above all, he is directed to “safely rise and follow his leader with a firm but humble confidence, for where the name of God is invoked, no danger will ensue”.

There you have it! There is a power for good in the darkness induced by the temporary withdrawal of sight. Let no man who has worn the hoodwink ever forget that for all mankind.

“It is only after darkness falls – that man can see the stars!”

With acknowledgement to MSANA Ref: 08/57

Ray Hollins is the author of A Daily Advancement In Masonic Knowledge: One Hundred Short Talks on the Craft.
For further information visit www.masonicshortalks.com