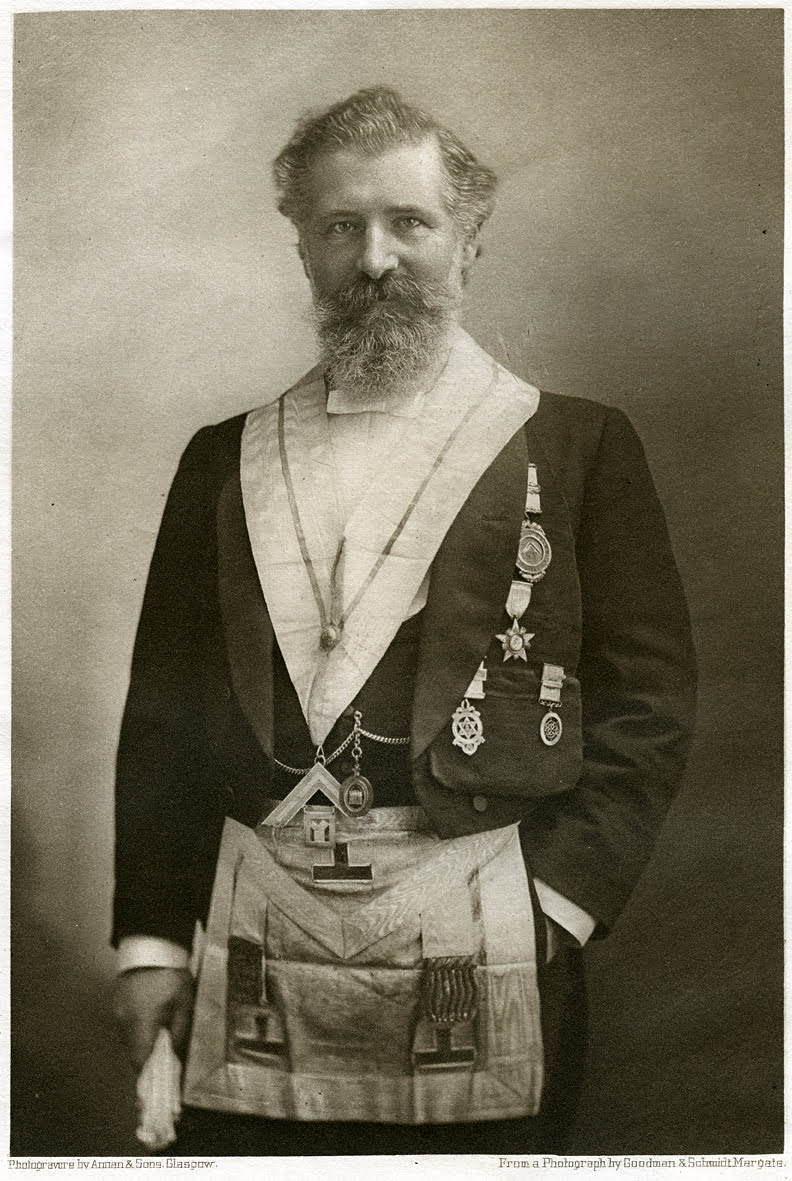 The fruits of Masonic research should be available to everyone, Masons and nonmasons alike – and so it is with the work of Quatuor Coronati Lodge (QC). For almost 120 years members of the Lodge, together with the thousands who have joined the Correspondence Circle, have sought to advance Masonic knowledge and their findings have been published for all in the Transactions of the Lodge, Ars Quatuor Coronatorum. Quatuor Coronati Lodge (its Latin title meaning Four Crowned Ones) carries forward masonic research in the modern sense and, of course, research has been carried on long before the founding of QC.

Research has primarily been stimulated by the publication in 1840 of the earliest text of the Old Charges, the Regius MS, and the subsequent discovery of many other versions.

This led, in turn, to a growing demand among Masons for accurate information on Masonic history, philosophy and practice – especially in relation to the vexed question of the origins of the Craft.

From 1873 onwards public debate on this, and on many other controversial issues, was carried on in the columns of The Freemason, under the guidance of the editor, the Revd. A.F.A. Woodford, a distinguished Masonic historian.

He encouraged a group of earnest young ‘Masonic students’ in their open arguments and provided the intellectual environment that gave birth to the ‘authentic’ school of Masonic research – which relied not on the testimony of the Bible and of ancient historians, but on manuscript records, the primary source for all truly academic history.

After ten years of such informal discussions, this small group recognised the need for more formal association and in 1882 three of them – W.J. Hughan, R.F. Gould and W.H. Rylands – discussed with Woodford the prospects for a Lodge dedicated to Masonic research.

They drew in other enthusiasts – G.W. Speth, Walter Besant and Sir Charles Warren – and their plans for a Lodge gradually came to fruition, when, on 12 January 1886, Quatuor Coronati Lodge No. 2076 was consecrated at Freemasons’ Hall in London, where it still meets.

Its purpose was clear, and was set out by Woodford in his Oration on that day: the members proposed, by means of papers, discussions and publications, to help forward the important cause of Masonic study and investigation [and] induce a more scholarly and critical consideration of our evidences, a greater relish for historical facts.

All well and good, but why the name ‘Quatuor Coronati’?

In the Regius MS The Mason’s craft is described as Ars Quatuor Coronatorum, a reference to the legend of the Quattuor Coronati, the collective name given to two groups of martyrs – five sculptors and four master masons – who were put to death by the Emperor Diocletian on the same day, 8 November, in the years 298 and 300 A.D.

For this reason the Lodge had nine founders, holds its Installation Festival on or near that date, and gives its published Transactions the title of Ars Quatuor Coronatorum.

Since 1888 there have been 116 volumes of AQC, and it is for the contents of these volumes that the Lodge has earned international respect and maintained its position as the premier Lodge of Masonic research.

That there has always been a wide readership for the Transactions is due to the genius of G.W. Speth who was, from 1886 until his death in 1901, both Lodge secretary and editor of AQC. Within a year of the Lodge’s Consecration the members resolved, on Speth’s motion, ‘to form a Literary Society, under the guidance and protection of the Lodge’; and so was born the Quatuor Coronati Correspondence Circle.

By the end of 1888 there were 63 corporate members and 406 individual brethren; ten years later membership was 2,677, while today it stands at 6,670. In the early years Correspondence Circle members played a vital role: they ensured increasing numbers at Lodge meetings, which had initially suffered from embarrassingly low attendance.

They have also provided a reservoir from which speakers – and many subsequent full members of the Lodge – have been drawn, and they have regularly provided peer review of delivered papers with both verbal and written comments ranging from the informed to the incendiary.

And that work goes on, maintaining the standard of excellence that began with the founders, and ensuring that QC continues to inspire the many Masonic research bodies that have sprung up in its wake.

The early members of the Lodge were largely, but not exclusively, concerned with investigating the origins of Masonry and ‘Masonic archaeology’: parallels with ancient and primitive initiatic societies, and the curiosities of

Such papers generally reflected the views of the ‘authentic’ school, and some early members wished to take a different approach. In 1893 Dr. Westcott urged his fellow members to pay attention ‘to the mystical rather than the material; to the allegorical rather than the historic aspect’, but he received scant support and comparatively few speculative papers of this nature have been delivered and published.

But some of those few have been of great importance: one of them altered the very direction of the Craft. This was J.R. Rylands’ 1964 paper on ‘The Masonic Penalties’ which started the debate that led eventually to their removal from the Obligations in the Craft Degrees.

Others have been concerned with setting the growth and development of the Craft in its social context, and with exploring the art and literature of Freemasonry and the curious byways that lie beyond the Craft. Some of our most recent papers have reflected a significant change in the whole field of Masonic research.

Today the majority of scholars engaged in this are non-Masons, many of them being women, and QC now includes papers by established non-Masonic scholars in its programme.

With this shift in approach we not only face up to an admittedly uncomfortable reality, but we also encourage Freemasons in their scholarly labours, and thus ensure that research conducted within the Craft is maintained at a high standard and receives due recognition from the academic community.

QC is not, however, an academic institution. It is a private Lodge like any other, composed of regular Masons and conducting regular Masonic work. Lodge members may disagree over controversial issues, but all of them can be justly described as experienced and ‘well-informed Masons’, and it is not surprising that a large proportion of Prestonian Lecturers have been drawn from their number.

Quatuor Coronati Lodge No. 2076 Membership is open to all Master Masons in good standing under the United Grand Lodge of England or other Grand Lodges in amity with it.

Corporate membership is available to Lodges, chapters and all other regular Masonic bodies.

The privileges of membership include receipt of the annual volume of AQC, the Lodge transactions, and the informative Lodge summonses.

Members are entitled to attend all meetings of the Lodge, to participate in discussions, and – provided advance notice is given – to dine with members of the Lodge after meetings.

In addition, members may submit questions on all aspects of Masonry to the secretary, who will arrange for authoritative replies to be made, and may purchase publications of QCCC Ltd and all types of regalia at advantageous prices.

Applications for membership and all other enquiries can be found on there website www.quatuorcoronati.com