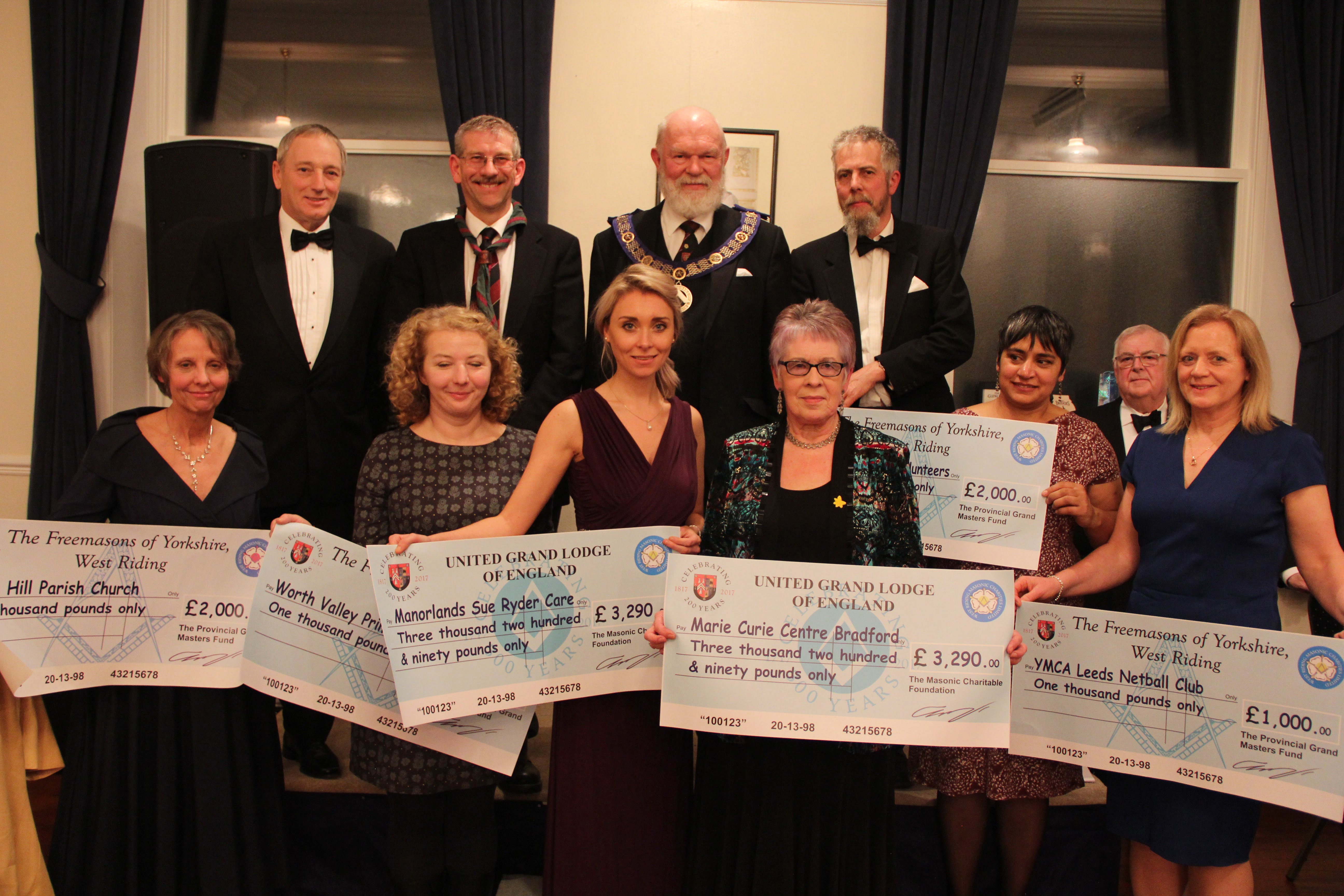 Representatives from seven West Yorkshire charities have attended a presentation evening hosted by Mirfield Freemasons to receive financial donations of more than £13,000.

The good causes to benefit from the grants, given via the Provincial Grand Master’s Fund, received their amounts during a special event hosted by the members of Kirklees Lodge.

£2,000 was awarded to the Hollybush Conservation Volunteers, a Leeds-based organisation working with adults with mental health issues, for the fitting out of a “Roundhouse”. It was supported in its application by Kirklees Lodge.
.
Worth Valley Primary School, supported by Three Graces Lodge, was given £1,000 for the purchase of electronic tablets to improve pupils learning and computer experience.

A grant of £1,000 was awarded to the YMCA Leeds Netball to go towards the purchase of new equipment. They were supported by Lodge of Charity.

Additionally, grants of £3,290 were given to Manorlands Hospice, in Oxenhope, and Bradford’s Marie Curie Hospice, courtesy of United Grand Lodge of England.

Bro John Sharman, Deputy Chairman and Secretary of Area 1 Charity Committee, said: “This was a superb evening where we were delighted to present more than £13,000 to local good causes to help them with the fantastic work they do.

“Each year, the Freemasons Province of Yorkshire West Riding gives out £200,000 in grants to charities and organisations across West, South, East and North Yorkshire.

“All this money is raised locally by members and, more importantly, given out locally too. We are proud to support the local community and equally proud to be at the heart of local communities across our region.”