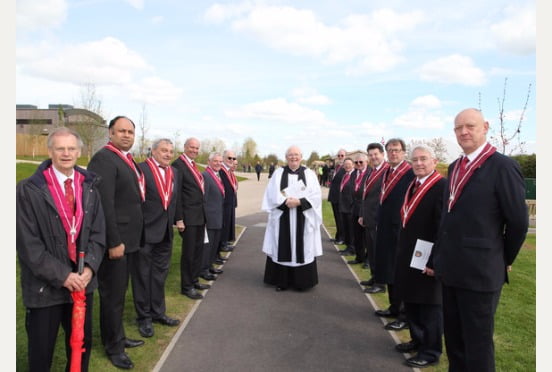 A GARDEN commemorating Freemasons who fought for their country has been dedicated at the National Memorial Arboretum in Staffordshire.

The Masonic Memorial Garden was dedicated at the Alreways arboretum by the Pro Grand Master of the United Grand Lodge of England, Peter Geoffrey Lowndes, assisted by the Provincial Grand Chaplain the Reverend Bernard Buttery in the presence of over 200 invited guests.

The garden commemorates Freemasons who have served their country and made the ultimate sacrifice in helping to defend our nation in two World Wars and other conflicts.

Many people have been involved in the work to design and build the garden, and one Freemason, Eddie Ford from Burton-upon-Trent, has worked tirelessly to see the project to fruition.