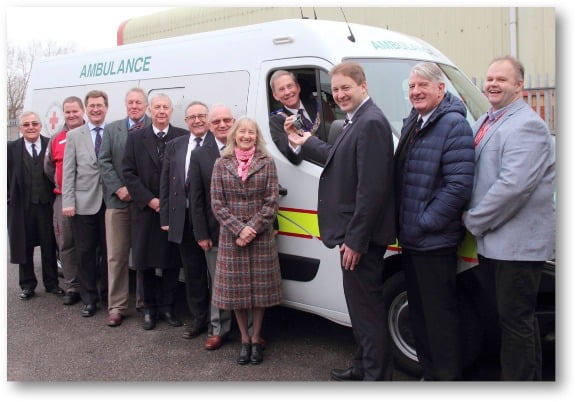 The British Red Cross (BRC) at Taunton are the proud owners of a brand new Ambulance thanks to the Province of Somerset and the Freemasons Grand Charity. The ambulance, officially known as a ‘Patient Transport Vehicle’ is specifically designed to accommodate patients who require specialist transport to and from hospital.

The first of its type to be operated by the BRC, it can accommodate up 7 seated or 4 seated and one stretcher patient. The stretcher is of a new’ bariatric’ design which means it can easily be adjusted to accommodate people of larger size. Based on the ‘Renault Master’ 3.5 tonne chassis the ambulance is fully air conditioned, equipped with oxygen, a defibrillator and basic medical supplies and can be used in adverse weather conditions. It has wheelchair access via the rear ramp and a special arrangement that enables one of the seats to be adapted as a securing point to allow a patient to be safely transported in their own wheel chair. 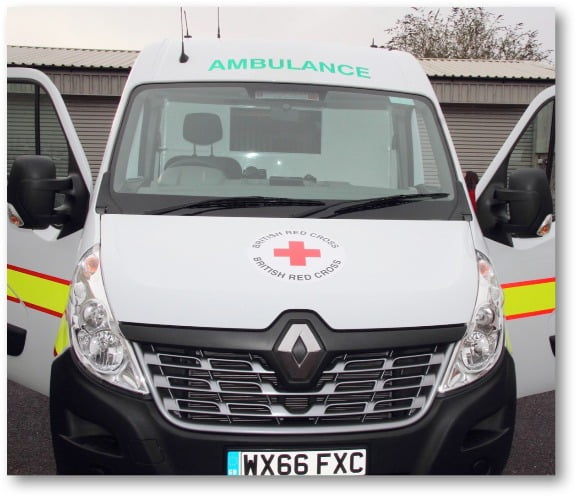 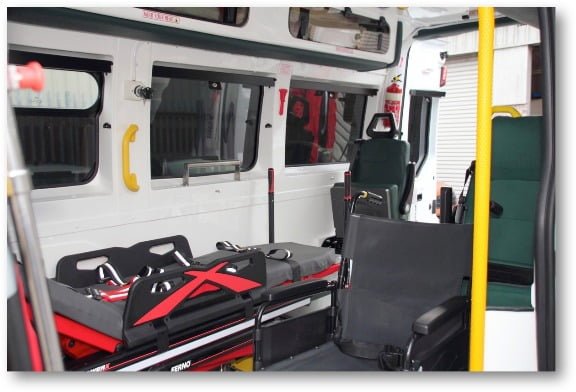 The vehicle was officially handed over to Malcolm Allsopp, BRC Ambulance Support Operational Manager by the PGM Stuart Hadler. Malcolm said “this will make a tremendous difference to the service we are able to offer both the NHS and our charitable activities. The vehicle will be available to our volunteers as well as our professional drivers. I cannot thank the Freemasons enough.” Stuart Hadler, who was also interviewed by the BBC for Radio Bristol told reporters that Somerset Freemasons are generous supporters of the Freemasons Grand Charity, which, since 1981 has donated over £100,000,000 in grants. He said “We are all used to the support of Red Cross Volunteers at major events and are delighted to be able to provide truly practical assistance”. Cheryl Murray, Chair of the Volunteer Council for BRC in Somerset said “This vehicle could also be used to support the work of emergency response volunteers during large-scale incidents. The Red Cross worked closely with the South West Ambulance Service during the emergency and recovery stages of the Somerset flooding in 2013/14. Since then the Red Cross has set up teams working with the NHS to provide transport to hospital appointments and emergency care transport to hospital. This vehicle will allow the Red Cross to develop more services in this area”. 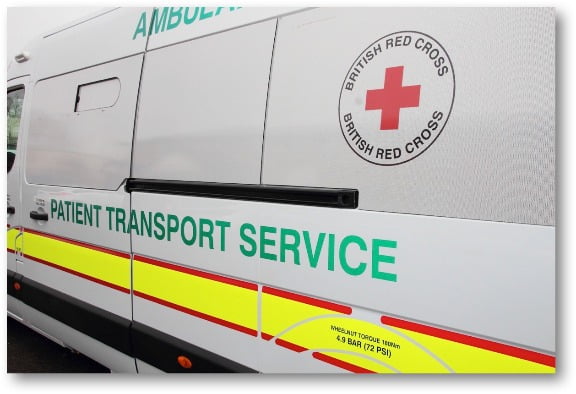 The PGM was accompanied by a number of brethren including the Provincial Grand Charity Steward David Maddern, ProvJGW Barry Davies and Provincial Information Officer Richard Ellis. With the Masonic Charity Foundation logo displayed on the livery, the people of Taunton can clearly see that ‘Freemasonry Cares’.Barry DaviesCompass Editor 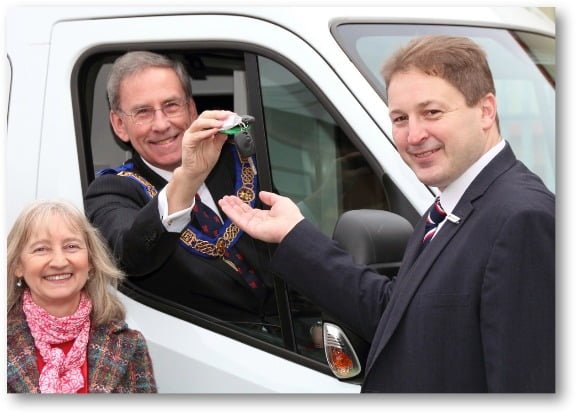 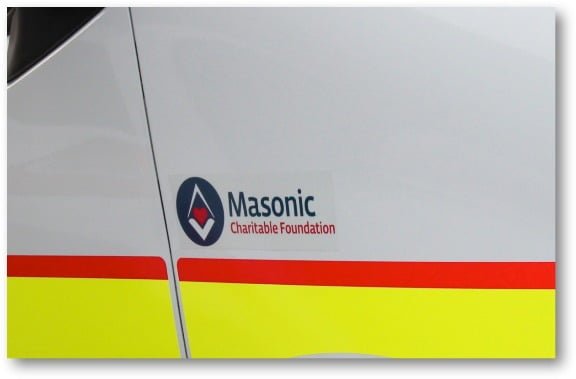