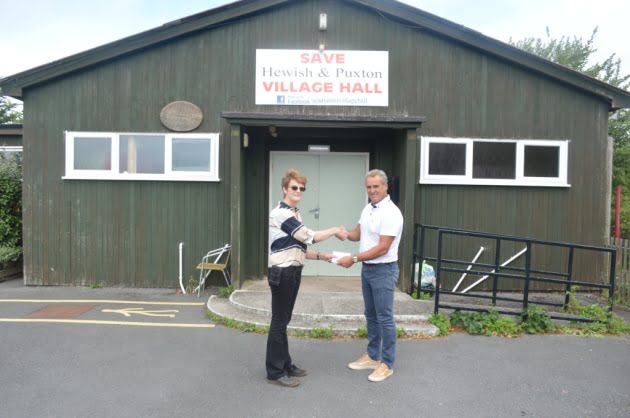 More than £1,200 has been given to a project to refurbish a village hall – not long after the venue was threatened with closure.

The Masonic Lodge of Agriculture, which meets in Yatton, has given a cheque worth £1,250 to Lynda Redding, a trustee of Puxton Village Hall.

The parish had been faced with the possibility of losing the village hall after the landowner declined to extend the lease.

However, a campaign launched by the community raised tens of thousands of pounds to buy the building.

The money donated by the Masonic lodge will go towards supporting upgrades planned for the hall.

A spokesman for the lodge said: “The donation is going towards the £95,000 refurbishment costs of this valued community hall, used by many groups within the Puxton and Hewish parish.

“The community has already raised £85,000 to purchase the venue as phase one.

“It is now looking at phase two which will include updating the 1960s interior.”