The Oxfordshire Province Masonic Golf Society do the Double

The Prestigious SE England Masonic Province Golf Championship was this year held on the 14th July at Betchworth Park GC, Dorking.The event was very well supported with circa 60 masons from 4 provinces across the south east attending the event close to Box Hill in Surrey, the Oxfordshire Province Masonic Golf Society (OPMGS) fielded two teams. Both teams with an eye on winning the Trophy.

The weather was warm, dry and sunny which brought some good scores from all playing, but it was the OPMGS 1 Team, with their combined score of 103 (three from four) see them lift the respected trophy, for the first time in the society’s history. 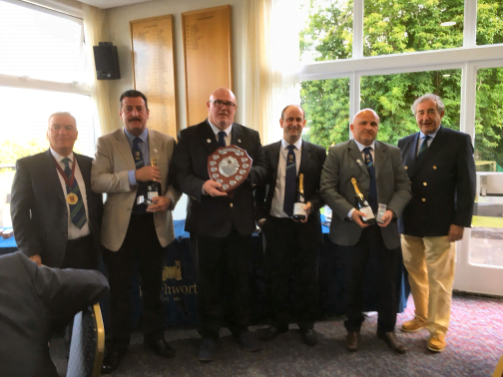 Team winners: Mike Augar (OPMGS Secretary), Billy Allen (OPMGS Captain), Dave Brandon (all from Oxnaford No. 6691) and Alex Macdonald (RTLO No. 9509) It was further celebrated with Alex Macdonald’s score of 36 beating the rest to win the individual trophy. 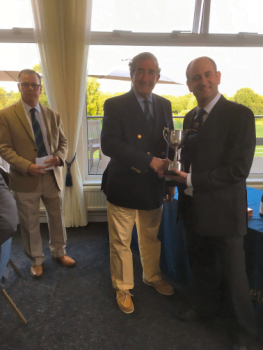 A truly fantastic achievement by all.Despite the great golf, weather and the large turnout there were no holes in one and therefore no winners of the prize of £10,000 or a new car, but saw the event raise over £500 for charity.

Oxfordshire will now host the prestigious event in 2017.A thoroughly worthwhile and enjoyable day.