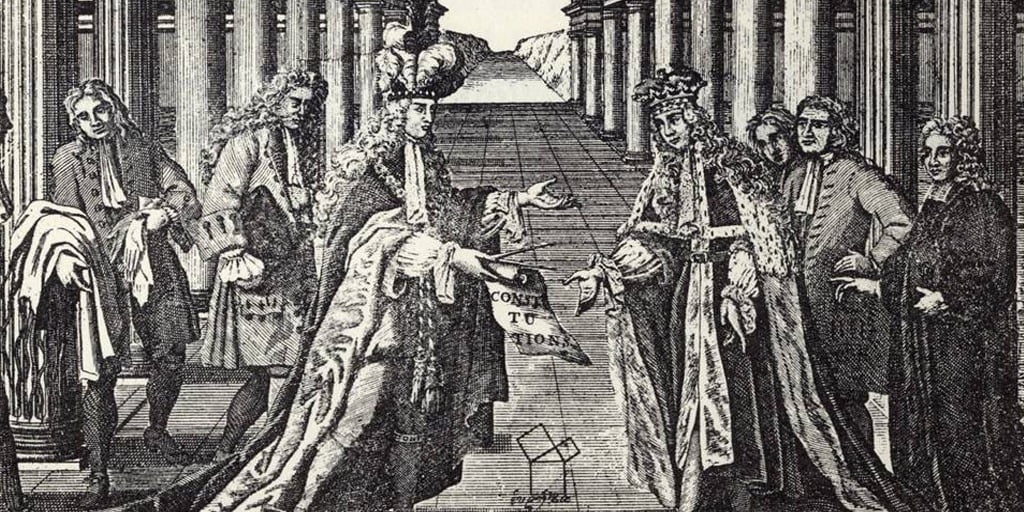 At just 34 Simon Dalley was installed as master of Townley-Parker Lodge No. 1032 in the Province of West Lancashire

The lodge is completing its 150th celebratory year with the installation of the lodge’s youngest ever master. Attending the installation as the principal guest and representative of the Provincial Grand Master, was the Chairman of Leyland and District Group, Stewart Seddon.

Simon was installed during a well conducted ceremony by Eddie Webster, who had become the ruler of the lodge for the second time in 2014.

Simon said: ‘I’m hugely honoured to have been given the privilege of becoming master of Townley-Parker Lodge. As for being the youngest ever master, over the last couple of years we’ve seen a surge in younger members and I plan to ensure that I don’t hold this title for too long!’

Simon is a Lewis mason (son of a mason), having been proposed into the Craft by his father – a member of the lodge for almost 40 years. His great grandfather was also a member of the lodge. Since his raising ceremony in 2009, Simon has worked his way through all of the progressive offices.

Eddie Webster commented: ‘I’m really proud to see Simon take the master’s chair. I seconded him into the lodge and I’ve seen him grow and develop during his time as a Freemason and I think he’s a real credit to our lodge, the Province and to the Craft in general and I’m confident he’ll be a brilliant worshipful master.’

Less than two years ago Townley-Parker Lodge had entered amalgamation talks with other lodges. Over the last two seasons however, a number of new members have joined the lodge and the lodge has benefited from a number of returning and joining members and the members are looking forward to their bicentenary.