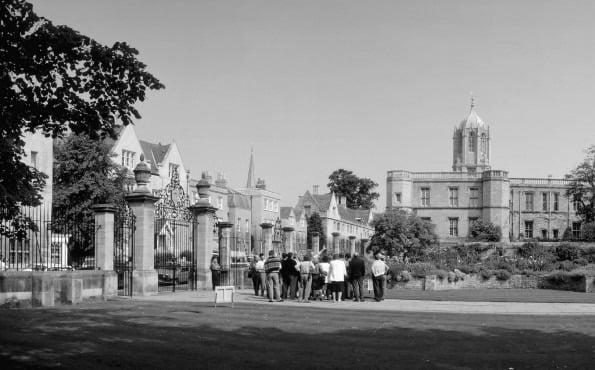 The minimum age for initiation is generally regarded as ‘the full age of 21 years’. The trouble with generalisations such as these is that, generally, they are misleading.

We need to challenge the mantra; if we don’t, we are ignoring our own history and missing an important opportunity.

My hypothesis is that young men come in all shapes and sizes and that, perhaps surprisingly, large numbers are indeed interested in Freemasonry.

Those Masons lucky enough to have come across either Apollo University Lodge or Isaac Newton University Lodge will know very well that these two hugely successful Lodges attract substantial numbers of initiates every year from undergraduates at their two great universities. Both Apollo at Oxford and Isaac Newton at Cambridge have, in their own very different ways, proved to the Masonic world that young men can and do make exceptional Freemasons, producing many of the leaders of the English Craft today. And there is nothing hypothetical about that.

Likewise, age itself is not a barrier. Provincial Grand Masters have the authority to dispense with the traditional minimum age for initiation, as they have been doing for many years. This is no longer the rarity that it once was, and may well one day beg the question of the need for the continued existence of the regulation.

We live in a time of an ageing population, but in the Craft our population is ageing faster than most.

While one might be tempted to suppose that this arises because we Masons live life to the full and survive well, in reality it has rather more to do with our reluctance to make Freemasonry properly accessible to those who have not yet established their professional careers. The Universities Scheme is changing all that.

In essence, the scheme is setting out to enable specified Lodges to appeal to undergraduates. More formally, the scheme’s objective is “To establish and/or enhance arrangements and opportunities for undergraduates and other university members to join and enjoy freemasonry.”

It would, however, be a mistake to give the impression that Apollo and Isaac Newton are the only undergraduate Lodges in the country. At Durham, the Universities Lodge has been actively welcoming undergraduates to its fold over recent years. Likewise, St Vincent Lodge in Bristol and, to varying degrees, in other universities too. On all of this, the scheme intends to build.

Apollo has been fortunate to have existed for nearly 200 years (indeed, there existed, even in the 18th century, a University Lodge in Oxford). Blessed with critical mass, established undergraduate Lodges just free-wheel, picking up initiates effortlessly as they go. Maybe we can all learn from them