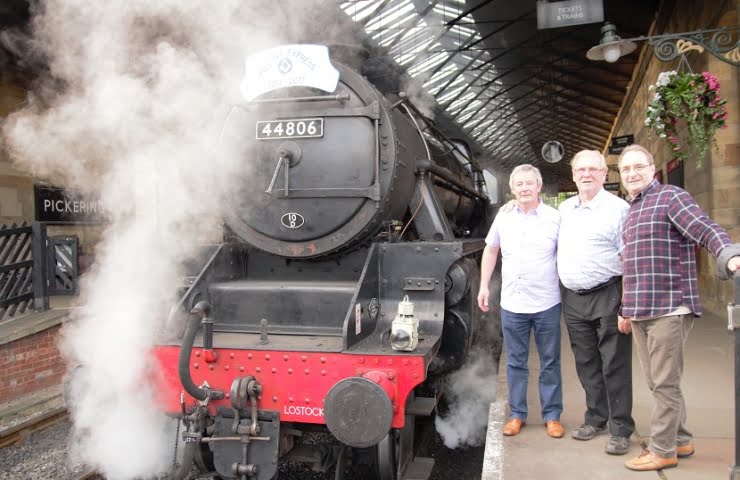 A Masonic Express adventure in Yorkshire

As part of the United Grand Lodge of England’s Tercentenary celebrations, the Province of Yorkshire, North and East Ridings hired a steam train for 300 Freemasons, including their friends and family

The Province kept the number at 300, to coincide with the 300th anniversary of the formation of the world’s first Grand Lodge for Freemasons.

The steam train was operated by the North York Moors Railway and ran between Pickering and Whitby, North Yorkshire. A metal plate was fabricated with the words Masonic Express in blue and white, which was affixed to and adorned the front of the engine.

In glorious sunshine, the event was presented as a family day out and the journey was set at a sedate pace through stunning countryside.

On arrival at Whitby Railway Station, in the centre of the town, the fun-filled 300 walked into the heart of this historic port to either take in some shopping, eat in the seafood restaurants or, for the more adventurous, climb up to the derelict Whitby Abbey, which is perched high on a cliff.

On arrival back in Pickering, the smiles on the faces of the 300 people was testament to the satisfaction of having enjoyed a fabulous family fun day together.

And as a result of the success of the Masonic Express adventure, the Provincial Grand Master RW Bro Jeffrey Gillyon expressed an interest in running another steam train in the future.