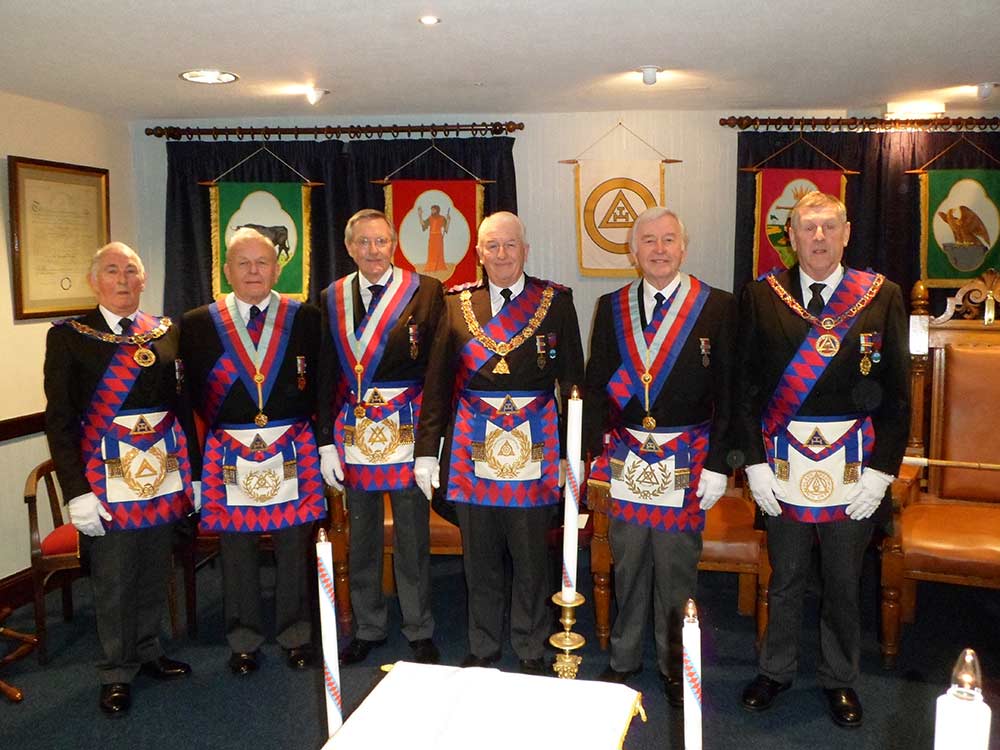 At the Provincial Grand Chapter Meeting on the 20th September 2014, Malcolm Burton mentioned, in conversation to one of our distinguished guests, Norman J. Thompson, DL, the ME Grand Superintendent of Cumberland and Westmorland, that for several years a small group of Companions had attended the Wansfell Chapter in Ambleside, and that these Companions would be on holiday with their wives for a few days in Grasmere.
The Grand Superintendent’s response to the invitation was “Let me know the date and if it is free in my diary I will endeavour to attend”. Not only did the Grand Superintendent attend, but he brought along a small team of Active Provincial Officers, his Deputy and the Second Provincial Grand Principal. This was certainly a surprise for the members of the Wansfell Chapter.
The meeting was a very happy and enjoyable occasion.