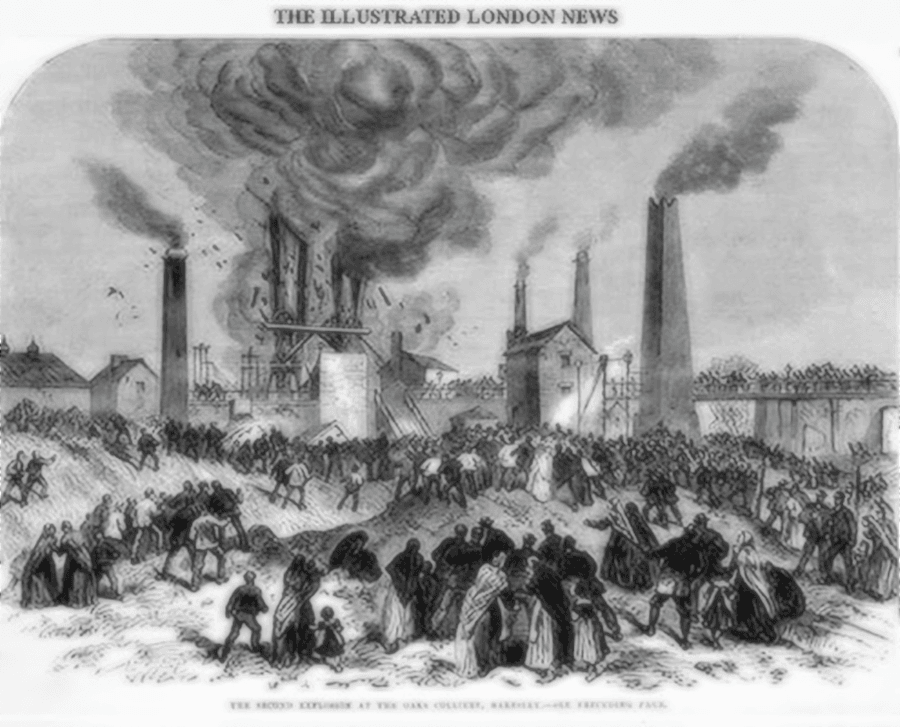 Yorkshire Freemasons Honour Miners and Brethren Killed In Pit Disaster With Donation to Memorial Fund (for immediate release) A memorial commemorating a deadly 19th Century Barnsley mining disaster has received a £6,000 boost from the town’s Freemasons.

The Friendly Lodge, which meets in Eastgate, secured £5,000 from the Freemasons Province of Yorkshire West Riding grants fund, whilst lodge brethren and members of Friendly Chapter, raised a further £1,250 towards the Oaks Memorial Disaster Fund.

The new bronze memorial – costing £130,000 – depicts a grieving mother and child, and is the third monument to be erected in commemoration of the disaster, which took place on December 12, 1866 at Oaks Colliery in Stairfoot.

A series of explosions due to build-up of methane gases in the mineshaft killed hundreds of miners and dozens of the rescuers attempting to help the survivors of the first explosion.

The disaster is the second most deadly mining tragedy in the UK, after the Welsh Senghenydd Colliery Disaster.

Those who joined in the rescue efforts included two members of Friendly Lodge, one of whom perished.

Parkin Jeffcock, a mining engineer and a partner with Derby-based JT Woodhouse, was responsible for safety and emergency help in the colliery due to his specialist knowledge of the mine’s crucial equipment.

When a telegram arrived about the first explosion at the Oaks Colliery, he rushed to the scene and helped with the initial rescue efforts throughout the day and into the night.

Sadly, when the pit exploded for a second time on the morning of the 13 December, Bro Jeffcock was still underground after “refusing to have a rest” and became another victim of the disaster.

Lodge past master Thomas Embleton was a mining engineer and veteran of collieries, having worked in the field for decades and regularly contributed papers for the North of England Institute of Mining and Mechanical Engineers.

After the disaster he submitted a report of the day’s tragic events.

On the second day, having arrived to help rescue work, W Bro Thomas was present for the second explosion. He was lowered in a bucket on the third day, and, in his words, described “a large mass of burning materiel” in the destroyed mineshaft and saved the only survivor from the second explosion, Samuel Brown.

Members of Friendly Lodge were on hand to present two cheques to Fund representatives at the NUM headquarters, on Huddersfield Road, Barnsley, to help with the costs of the new memorial.

A total of £80,000 of the £130,000 needed has already been raised, and the donation by the Freemason’s has helped push this figure even further towards its goal.

W Bro Barrie Cooper, Friendly Lodge Charity Steward, said: “Friendly Lodge is proud to not only support this worthy cause, but honour the memories of our former members and all those who died in those tragic days after the first explosion at the colliery.

“The heroic actions of all those who tried to rescue the trapped miners, with many losing their own lives in the process, will be commemorated by this magnificent memorial.” 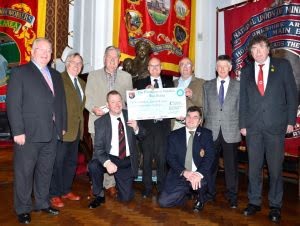 Members of Friendly Lodge present representatives of the

Oaks Memorial Disaster Fund with a cheque for £5,000 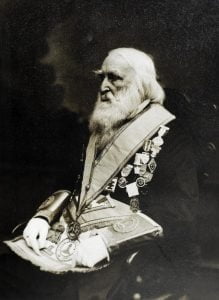 W Bro Thomas Embleton, a Past Master of Friendly Lodge, who took part in the rescue attempts