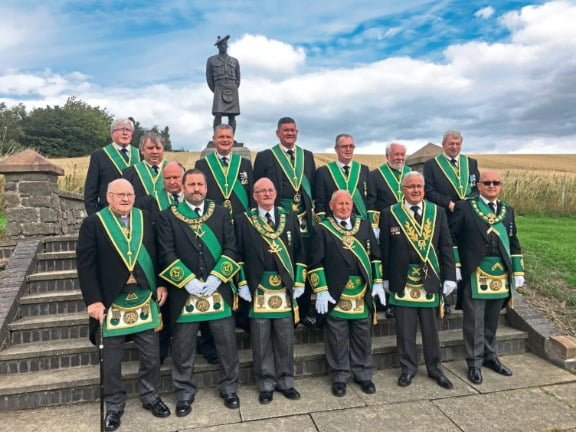 A group of motorcycling freemasons paid their respects to the armed forces during a wreath-laying ceremony at Dundee’s Black Watch memorial.

The Grand Lodge of Scotland and its motorcycle riders association, The Widows Sons Scotland, are touring 31 cenotaphs and memorials in the run-up to the 100-year anniversary of the end of the First World War, to raise £60,000 for Poppyscotland.

Joining them at the memorial in Emmock Road was the Provincial Grand Lodge of Forfarshire (pictured) and the local lodges, who have so far raised more than £250 for the cause.

Charles Iain Robert Wolrige Gordon, Grand Master Mason of the Grand Lodge of Scotland, said: “The bravery of our armed forces is something to be very proud of and we’re honoured to support an excellent charity that recognises their invaluable contribution.