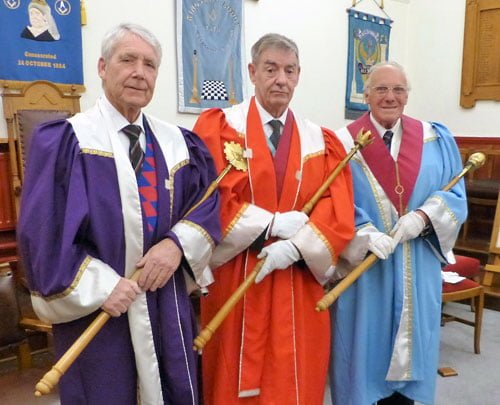 At the installation meeting of Widnes Chapter No 2819 the chapter companions and guest were honoured by the presence of the Second Provincial Grand Principal Paul Renton as their principal guest. He was accompanied by Widnes Group Chairman Derek Williams and they were supported by acting Provincial grand officers Alan Jones PrDGSwdB and Peter Blease PrGStdB.

Pictured from left to right, are: Brian Magan, Paul Smythe and Alan Jones.

The chapter was opened and the usual business completed. The director of ceremonies Bill Bushell announced that Paul Renton stood without and demanded admission. Paul was then admitted into the chapter and was warmly welcomed by the three principals Brain Boothroyd, Paul Smythe and Brian Magan. Brian Boothroyd offered Paul the sceptre which he returned saying that they had much work to do and he would prefer to observe.

The ceremony commenced with Alan Jones, third principal elect, being presented for installation by the chapter DC Bill Bushell. Alan was reminded of the duties before being invited to recite his obligation. The scripture reading was given by Tom Newton and the prayer by Brian Boothroyd. Brian Metcalf acted as third principal

Brain Magan was in turn presented for installation to the second principal by the chapter DC. Brian was reminded of his duties and invited to recite his obligation. The scripture reading was given by Peter Kenny and the prayer by Brain Boothroyd. Brian Tilley acted as second principal.

Paul Smythe was then presented for installation as the first principal again by the DC. Paul was reminded of the duties and responsibilities of a first principal before being invited to recite his obligation. The scripture reading was given by Brian Tilley and the prayer again by Brian. 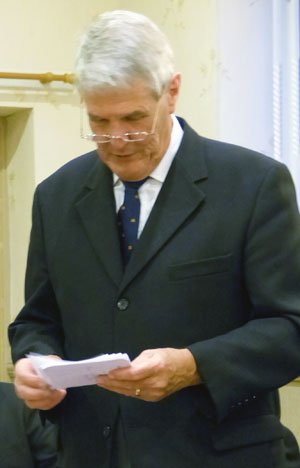 Paul Renton responding to the toast to his health.

Paul then rose to bring the congratulations and best wishes of the Grand Superintendent Tony Harrison and congratulated the principals, particularly the work of Brian Boothroyd,  in installing his successor into the first principal’s chair and also thanked him for all the work he had done during his year of office. He then thanked the DC Bill Bushell on the way he had overseen a faultless ceremony. 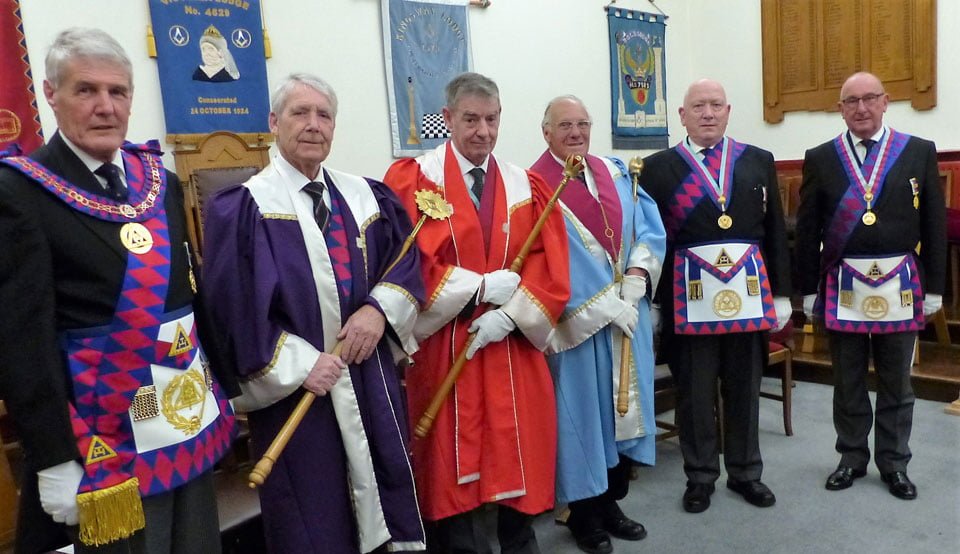