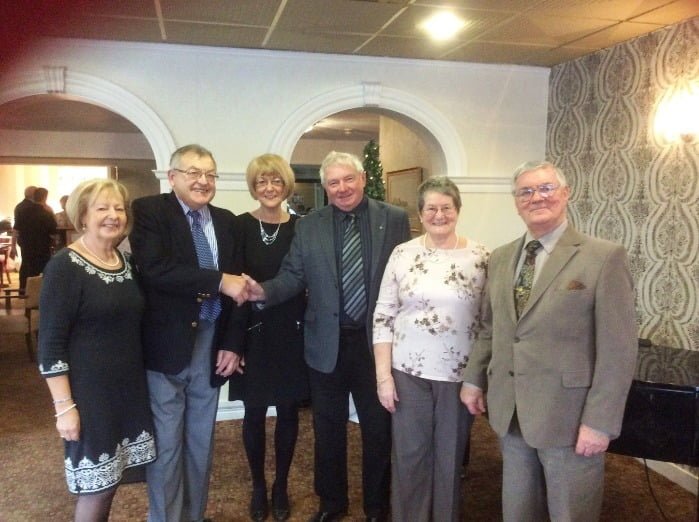 The Provincial Caravan Club has a new Chairman, Darrell Jenkins. He succeeds Rhoslyn Mathias who very kindly carried on for a further year as Darrell and his wife Anita fulfilled other domestic commitments during 2015.

Darrell, who is a founder member, as is Rhoslyn,  was elected at the AGM at Cenarth in October and he thanked the members for giving him the honour of chairing the club. He was sure that the members would support him as well as they had Rhoslyn, thanking him for the excellent leadership he had given for the previous three years.

Rhoslyn said that whilst he and Marlene were looking forward to returning to the backbenches again, they had both enjoyed the time in office and the friendship and support they had received throughout the three years. He was particularly pleased with the charitable fund raising that had been achieved.