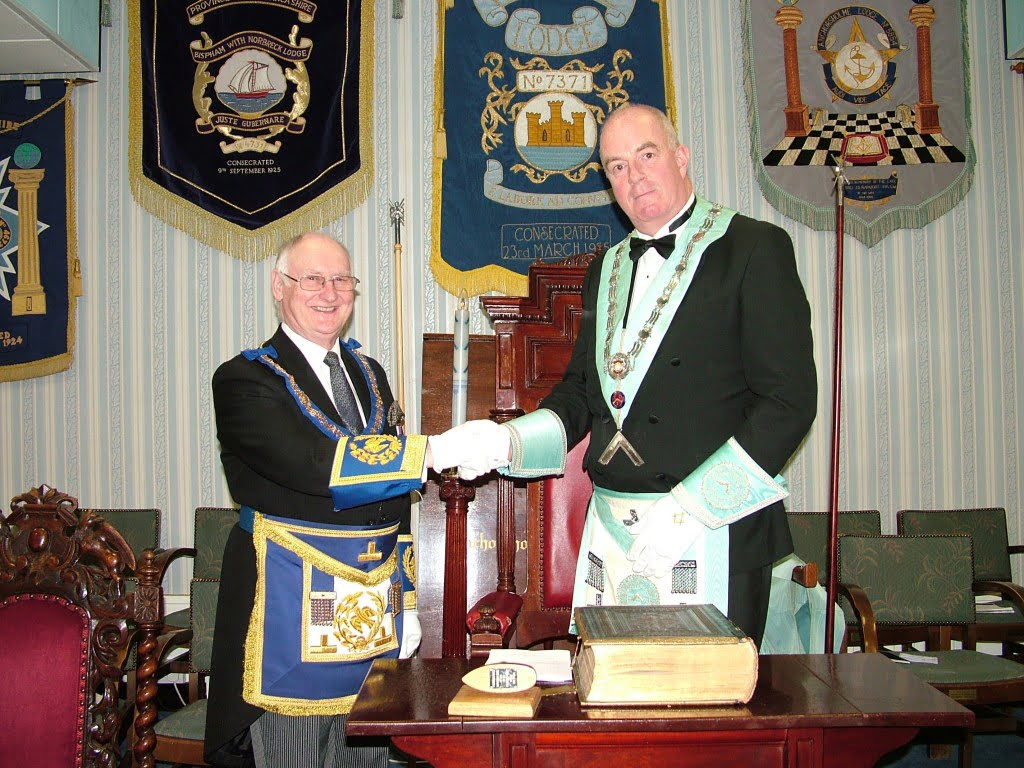 Wayfarers Lodge No 7544 were delighted to have Ray Martland, Assistant Provincial Grand Master as their principal guest at the installation meeting.

David Thornton who had served the lodge as WM for the past two years installed Jonathan Slee into the chair of the lodge in a delightful ceremony. The working tools were presented by Carl Bulock, third degree, Ronald Senior, second degree and John England the first degree.

At the conclusion of the installation ceremony, Ray congratulated Jonathon on behalf of the Provincial Grand Master Tony Harrison, on attaining the chair of King Solomon. He bid Jonathon a good and healthy year and to enjoy his term to the full. Jonathan was then pleased to present the following cheques to Ray, £400 in favour of West Lancashire Freemasons Charity, £400 in favour of the Northwest Air Ambulance and £400 to the Great Eccleston and District Friends of Cancer Research UK. Ray thanked Jonathan for the magnificent donations.

In his response to toast three at the festive board, Ray offered his own congratulations to Jonathon saying: “I do hope you have a jolly good year during this special year.” Ray also congratulated Carl Bulock, Ronald Senior and John England for the way in which they presented the working tools. He then mentioned the need to ensure new members are looked after and that it was great to see the very good support for so many charities. 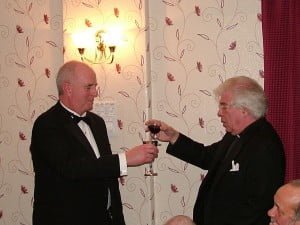 The song to the master was expertly sung by Godfrey Hirst which was followed by Jonathon’s response to the toast to his health, Jonathon thanked everyone for all the support they had given him on his special day and called on the members of the lodge to accompany him when he visits other lodges in the group especially Wyre lodge when he hopes to regain the crowd jewel. 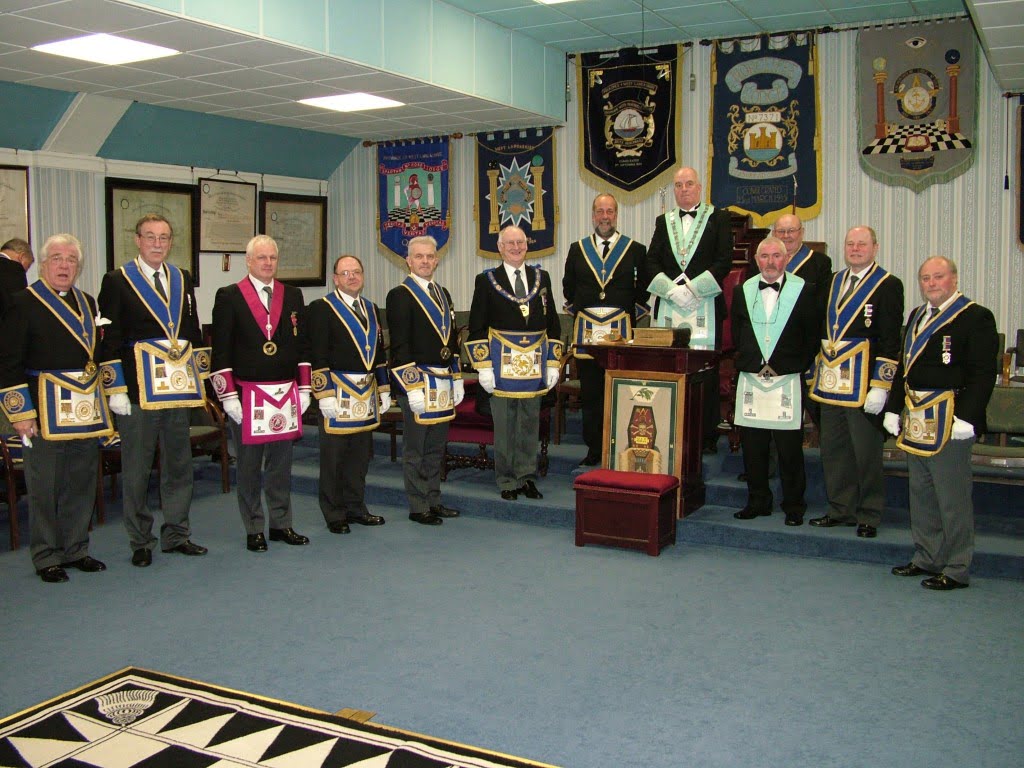 Ray with the grand and acting provincial officers present