Nearly 80 members and guests assembled at Warrington Masonic Hall to celebrate St George’s day. The banquet hall was suitably decorated with St George’s flags and buntings, the red and white colours were replicated onto the tables with red roses, candles, napkins and white table cloths.

Charles Carr introduced himself as director of ceremonies for the evening and introduced Warrington Group Chairman Andy Barton to officially open the evening. Andy welcomed all the members and visitors present; especially the principal guests, the Mayor and Mayoress of Warrington, Councillor Geoff Settle with his wife Jean and he hoped that everyone would have an enjoyable evening.

Peter Whalley organised a heads and tails bingo game as the first fund raising item of the evening. This had everyone standing up and placing their hands on their heads or their tails which provided some gentle exercise before the meal was served, which improved everyone’s appetite.

Brian Hargreaves delivered grace and the meal commenced, which consisted of bacon and lentil soup, a three roast carvery, a fruit cheesecake with cream and a premier selection of cheese and biscuits. Tea or coffee completed the meal. Brian returned thanks and Andy proposed the loyal toast.

Mrs Nicky Leather led the singing with ‘Rule Britannia’, ‘Jerusalem’, ‘Land of hope and glory’ and ‘We’ll meet again’, which bought lots of nostalgia and patriotism to all present, which was demonstrated with much flag waving. After a short break, just long enough for a bar visit; the raffle was drawn with many lucky winners collecting a prize.

Andy announced that the raffle had generated a magnificent amount of £260, which would be increased by group funds to a total of £500 and would be presented to the Mayor for his charity. The Mayor, Councillor Geoff Settle introduced his mascot ‘Teddy George’ and continued thanking Andy and all present saying he would put the donation to John Holt Cancer Support Foundation, MacIntyre Autistic Support, National Autistic Society and Bipolar UK Warrington.

Geoff said that these were four very needy and worthwhile charities and thanked everyone on their behalf. He continued by thanking Andy for a most enjoyable evening and informed everyone that the magnificent total of charity donations collected whilst in his year of office was now standing very close to £10,000. The comment met with loud applause.

The remainder of the evening was occupied by dancing to the ‘Sounds of Andrew Dunne’.

Andy Barton closed the evening by thanking Geoff Settle and his wife Jean for their attendance and support for the evening, along with the organisers, caterers and entertainers for all their hard work. He concluded by thanking everyone for their generous support and wished them a safe journey home. 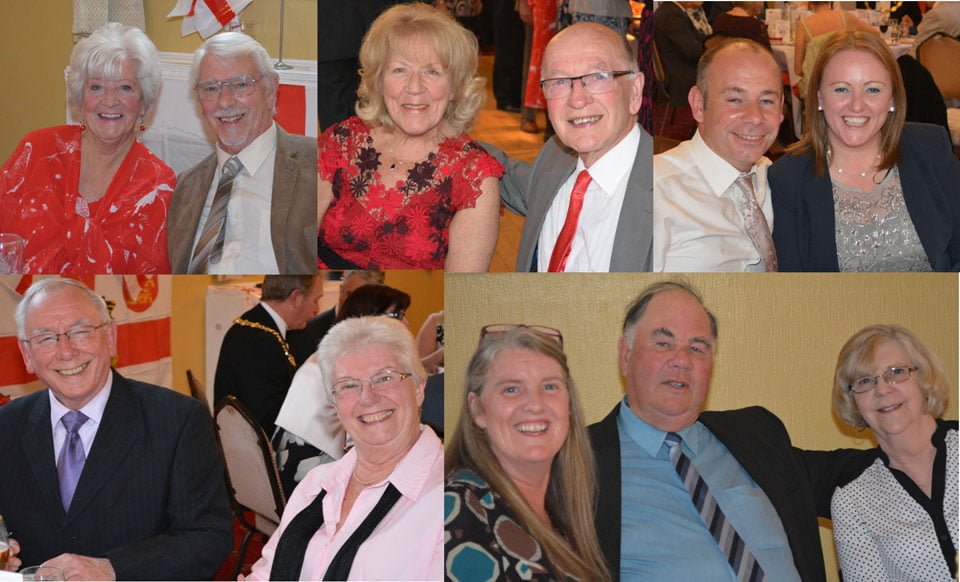