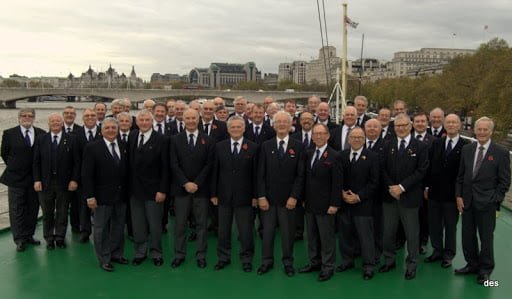 On the 11th November 2015 over 45 companions representing Chapters from across the Province of Yorkshire North & East Ridings, accompanied, their Grand Superintendent and his co-principals on their journey South, to attend the Regular Convocation of Supreme Grand Chapter at Freemasons Hall Great Queen St, London.
During the meeting they witnessed the Installation of the new Second Grand Principal, Most Excellent Companion Russel Race, who had taken over the reigns from Most Excellent Companion George Pipon Francis who had held the post for ten years.
Our First Grand Principal called the gathered Companions to order, in solemn remembrance of the more than 3000 Brothers and Companions, who lost their lives in both of the World Wars and conflicts since then.
After the convocation was closed the Companions received a talk, by Ian Bell, the organ consultant, who had overseen the refurbishment of the Grand Lodge Organ. His talk was entitled “Achieved is the Glorious work or the Proof of the Pudding”. It was accompanied by musical illustrations played by Excellent Companion David Cresswell, the Grand Organist.
Afterwards the Companions made there way down to the Victoria Embankment, to take Lunch onboard the HQS Wellington. The Ship is the headquarters of the Honourable Company of Master Mariners, the 110th of the City of London’s Livery companies, of which Excellent Companion Sam Judah, Assistant Provincial Grand Master of our Province, is the immediate Past Master.
After a splendid lunch, Sam gave an informal briefing to the diners, on the history of the Company and the ship. After formalities had been concluded, he gave a guided tour of the ship, to those companions who wished to look at a part of history.
In conclusion, the Companions were then invited to join the present Master of the Livery Company, Captain H J Conybeare and the Clerk to the Company Commodore Angus Menzies in the Wardroom.
(Discretion now prevails as to what went on here!!)
All of those Companions, who attended, agree that we had a most memorable Provincial day out to Supreme Grand Chapter that will be hard to beat
E Comp Des Ashton
St Cuthbert’s Chapter No 630