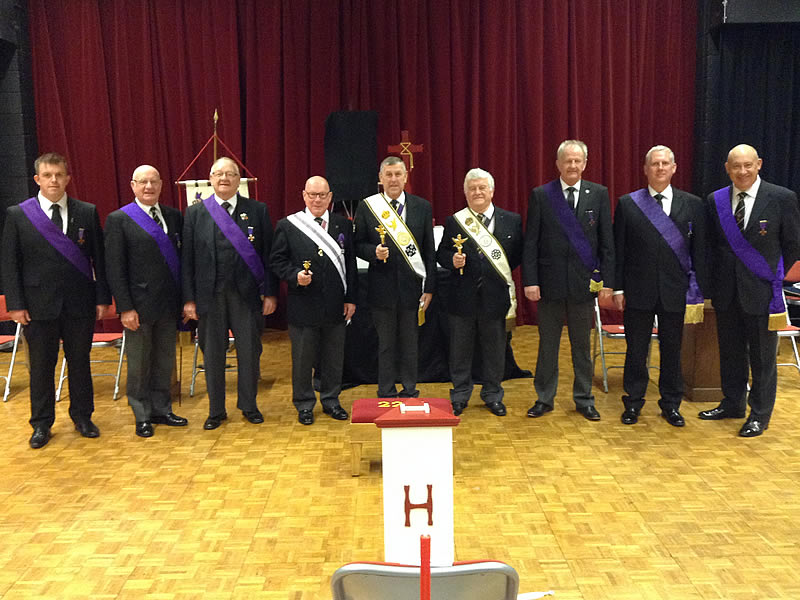 Tripartite Meeting of the Order of the Red Cross of Constantine

On Saturday 13th August at the main theatre of Queen Elizabeth School, Kirkby Lonsdale, the first Tripartite Meeting of the Order of the Red Cross of Constantine took place, which included the divisions of Cumbria, North and East Lancashire and West Lancashire.

This was the first time that three divisions have conducted a meeting together and the idea was first brought about by our Deputy Intendant General, Ill. Kt. Joseph Ebenezer Sudhakar.

The venue was an excellent choice and also it was followed by lunch. There were over 90 other Knights of the Red Cross of Constantine who attended the Meeting.