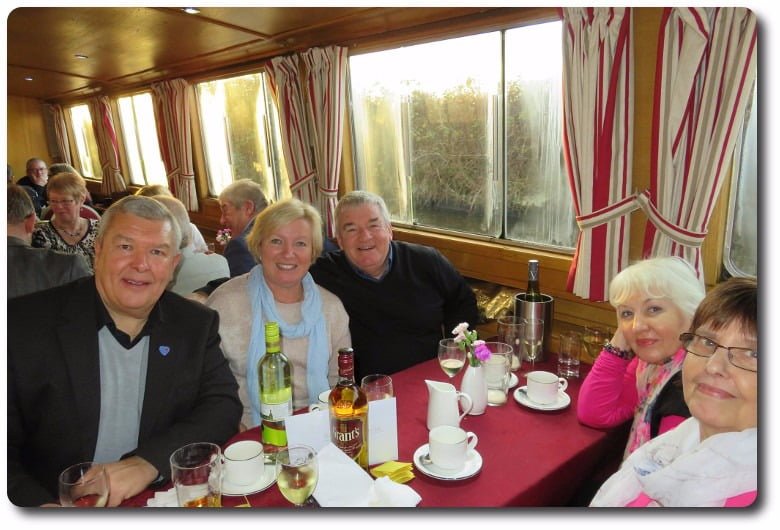 As a consequence of the tragic loss of his wife during his year of office the WM  of Townley Parker Lodge ,1083, WBro Kevin Gould, elected to hold a fundraising event in aid of Bury Hospice, where his beloved Jenny lost her fight

WBro Wes Marchant, assisted by the Lodge Charity Steward, WBro Ian Mac Neill, organised an event aboard the Emmeline Pankhurst, a cruise barge which regularly sails the Manchester and  Bridgewater canals as a dinner cruise or a party trip. It was decided that it should be a party to celebrate Jennys life. 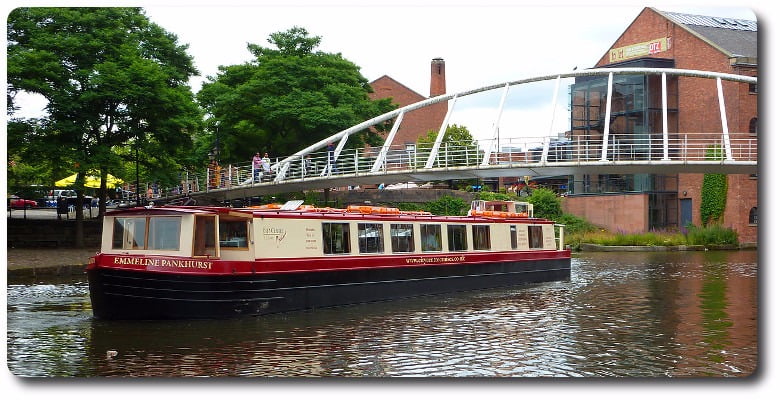 One sunny evening late last year  a large number of lodge members , together with  their wives and partners, enjoyed a three hour trip from Manchester City Centre out to Media City accompanied by a Karaoke disco and a sumptuous buffet miraculously prepared and served on board.

Following a very extensive raffle a magnificent sum of £1150.00 was raised. However the excitement didn’t end there as one of the brethren had hosted a particular guest who to the astonishment of all, particularly Kevin Gould, generously declared that he would double the amount raised. Therefore an amazing total of £2300.00 was raised for the Hospice.

What a fantastic gesture from this individual, who declared his wish to remain anonymous.

At the end of the evening, the barge owner Mr Eamon Gaul and owner of

indicated he would offer the services of the barge including food to raise funds for the family of  Police Constable David Phillips, the Merseyside police officer who had been killed in the line of duty.

As Townley Parker lodge has a number of serving and retired police officers amongst its members the offer was gratefully accepted. As a result a second event was arranged later on in the year. This time it was decided a Sunday Lunch would be the ideal way to enjoy the other side of the barges ability.

Again we were blessed with unseasonably good weather for December, and a similar number of members and guests spent a wonderful afternoon on the canals enjoying a thoroughly enjoyable 3 course roast beef dinner.

The event was a great success and a magnificent sum of £1640.00 was raised and subsequently donated to the Merseyside Police Federation’s trust fund in aid of PC Phillips family.

A huge amount of thanks was given to Eamon Gaul for his generous gesture in facilitating the event.

The Lodge is rightly proud of its charity work , but to raise just short of £4000.00 over two events takes some beating. 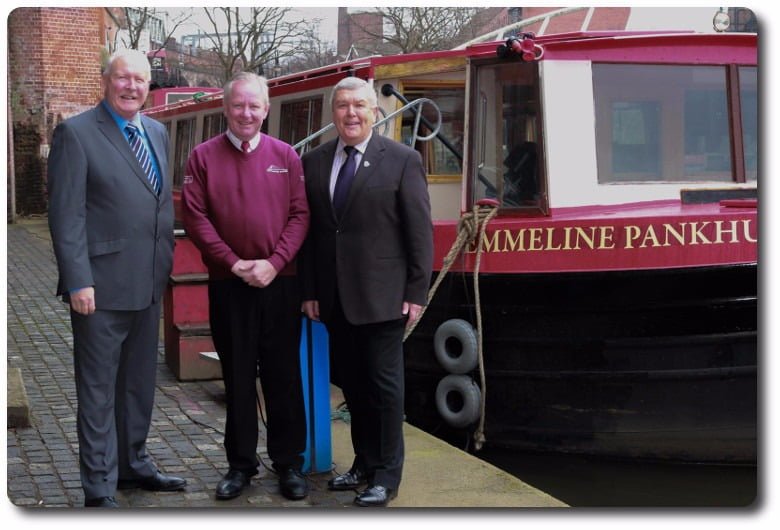 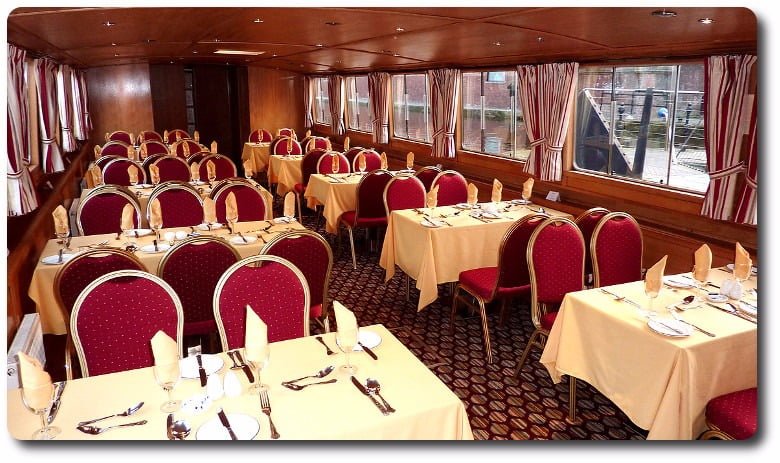 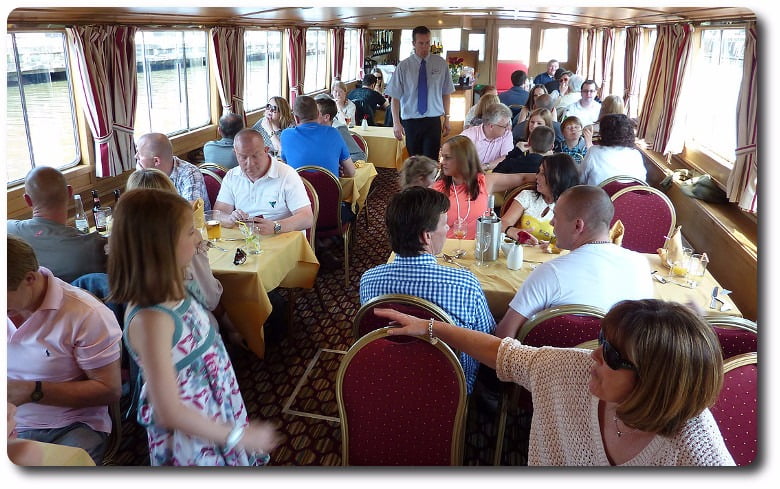 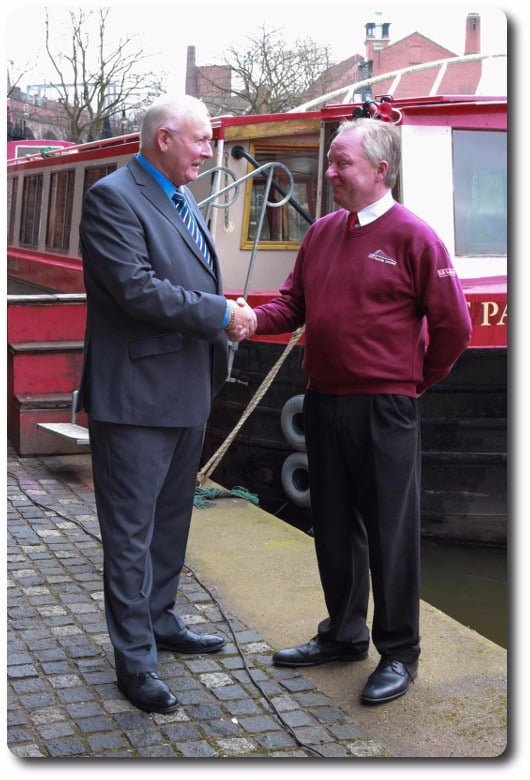 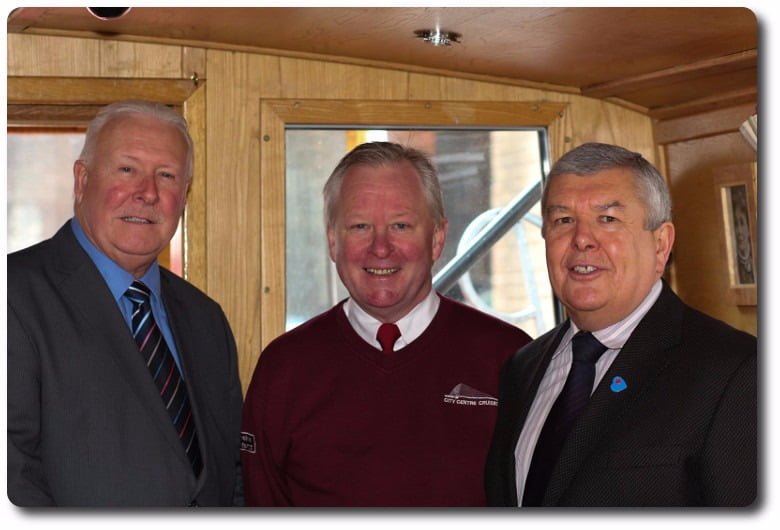 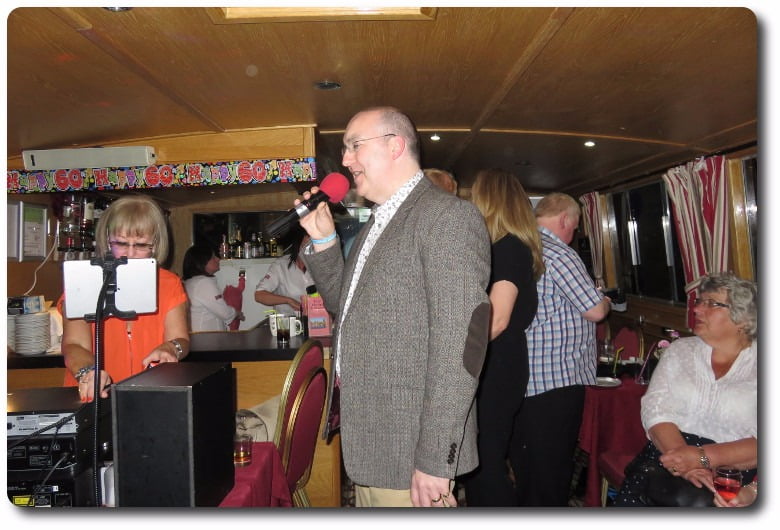