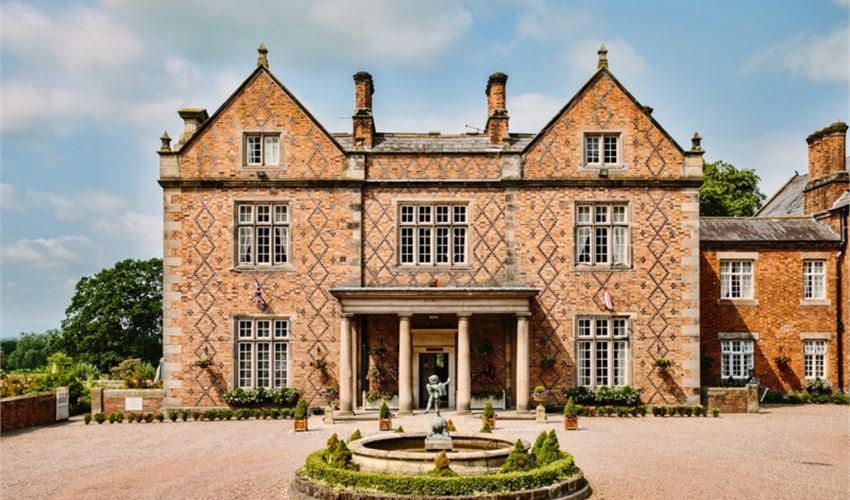 Following an extensive review by the Provincial Grand Superintendent of Works, Provincial Grand Secretary and a professional team of Surveyors Vale Royal, Tarporley and Cheshire Farmers Lodges have moved to Willington Hall on the outskirts of Tarporley.  A new pricing structure at their former home generated a need to move and only after many checks on suitability has the Provincial Grand Master given his approval to the relocation.

The hall has close connections with freemasonry, the original timber framed house was built in the late 16th Century for a member of the Warburton family and was home to Captain Hugh Warburton Cheshire’s second Provincial Grand Master, now the building echoes once again to the sound of Freemasons going about their business.  Three other Masonic Orders have also relocated to Willington Hall.

Willington Hall today, it has been extended many times since the original, built for the Warburton family.