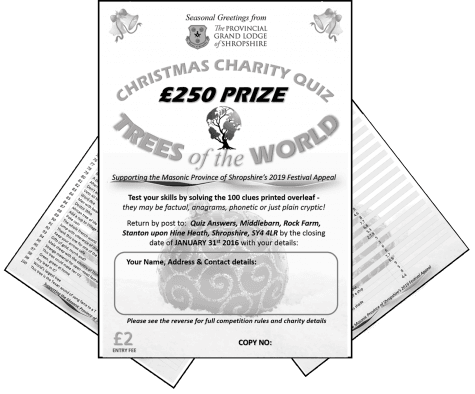 Some of the Members Present

The world may rail at Masonry,
And scoff at Square and Line,
We’ll follow with complacency
The Master’s great Design.

A King can make a gartered Knight,
And breathe away another,
But he, with all his skill and might,
Can never make a Brother.

This power alone, thou Mystic Art,
Freemasonry, is thine;
The power to tame the savage heart
With brother-love divine! compliments of The Newtownards Class.

There are many different ways of preparing yourself for taking Office, everyone has their own particular method to learning ritual, reading, reciting, writing, and Classes of Instruction, are the usual ways that come to mind, but there are of course more technology based means too, MP3 players requiring a pc, through to the professional dictation devices or voice recorders which do not. The rote learning system, is a method of learning Ritual quickly, and is best explained with an example of the times table from primary school, in that constantly repeating your chosen times table, you can implant it in your mind.

Some can remember with a quick glance while others have much more difficulty in learning ritual, rote learning relies more on memory than the understanding of the words being said, and requires less knowledge of the subject, constant repetition the key, unless you have a photographic memory of course! It is difficult to see yourself learning page after page but if you break it down to sentences and paragraphs it seems more manageable, try different methods to find what is best approach for you. The Class of Instruction helps to reinforce your chosen method with practice in the Lodge-room in the manner you would usually do at your own Lodge.

The Grand Lodge of Ireland was formed in 1725, and within six short years had begun the practice of issuing Lodge Warrants to groups of Masons who wanted to form new Lodges under the Rule of The Grand Loge of Ireland. Ireland was the first Grand Lodge to issue Lodge Warrants in 1731 and it would be a further 20 years before the English Antients adopted the practice, which is now of course commonplace with all the various Grand Lodge organisations around the globe.

As far as I know, Ireland is the only Grand Lodge to have one recognised Masonic Ritual, including Provincial Grand Lodges outside Ireland, and Travelling Lodges, abroad, which does make it easier for Brethren who like to travel across the country, any Brother can take office in any Lodge, in the knowledge that no surprises await him! well not Ritual based anyway?, allowing better participation in, and enjoyment of our Ritual.

Throughout the Island of Ireland, we find numerous well attended local Masonic Classes of Instruction, in Provincial Town and serving various districts in a city. Here Brethren elected on to their Lodge Officer list, come along for tuition in a relaxed environment, where they can meet others in a similar pursuit from other Lodges in their immediate Masonic District or area.

Chairman of The Larne Class.

These Classes are organised under the auspices of The Very Wor, The Grand Lodge of Instruction, and usually have a Provincial Grand Instructor appointed as Class Leader and Keeper of the Ritual. The members of the Class will elect, one of their number to act as Chairman, and he will open, run and close the class during his year of Office. He will be assisted by a Class Treasurer, responsible for the funding, the Class Secretary who keeps all the member informed on all matters of correspondence and forthcoming events. There will also be two or three Committee Members elected to help in the overall running of the Class.

Re-Elected Treasurer and Secretary of the Larne Class.

The class will meet fortnightly or monthly, as the member decide and will usually commence their activities in September of every year. The members present will get an opportunity to practice Lodge Openings, Ballots, Calling Votes of Sympathy, Welcoming Distinguished Brethren to the Lodge, Administrating Degrees and the Closing Ceremonies. Incoming Masters will also learn how to install their Officers and get an opportunity to practice same, as often as necessary before their eventual Installation ceremony in January / February of the following year. The year is usually brought to an end with a closing dinner in March, when all class members attend, have their AGM, elect officers for the next year, hear a short lecture from a motivational speaker and close the evening with a dinner.

At one such recent Class AGM in Larne earlier this week, I had the great pleasure of acting as Chairman whilst running the election of new Officers for 2016 -17. Sadly the Class Leader Very Wor Bro Ambrose Armstrong, had been ill and was unable to be present. However the rest of his team organised the Closing Night and got the AGM underway. As you will see from the photographs, everything went well, a number of Brethren were re-elected to their offices of Chairman, Treasurer, Secretary and one of the Committee Men. We then enjoyed a short question and answer session before retiring downstairs for our evening meal. Our next Merry Meeting was called at 10.15pm precisely.