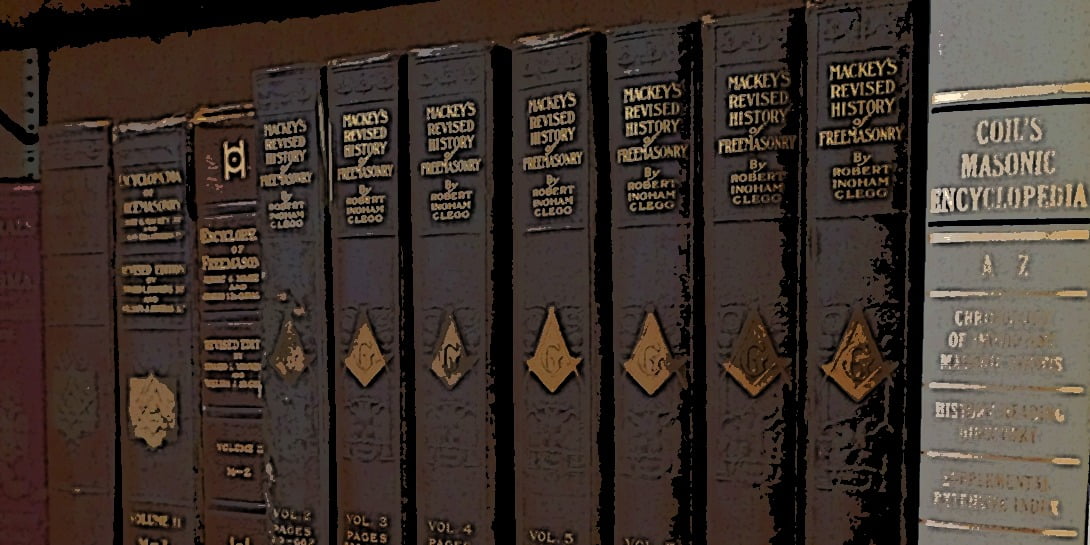 This paper is based on an article written by Harry Carr, P.A.G.D.C., P.M., Secretary of the Quatuor Coronati Lodge, 1963, in Volume 76 of the Transaction of that Lodge, page 170.

The Letter G is one of those odd parts of masonic history that does not seem to follow a predictable path. The research that I have done and the research that Harry Carr has published indicate that it is an example of the unruly nature of symbols that have either outlived their original usefulness or have been somehow changed into having new meaning. In fact, the issue is so potentially confusing that Harry Carr’s article ended off with the following postscript on page 195;

Doubtless there are many other variations of practice and interpretation that have arisen during the centuries. All are interesting, and some are surprising. This essay was written in an attempt to ascertain whence the practices arose and how they developed. It was not designed to show that a particular symbol or a certain form of the words is right, and that others are therefore wrong. There is a great need for a proper tolerance in such matters. We may regret that certain symbols and phrases have tended to disappear from practice, or that their importance and symbolism has been changed or altered far beyond their original significance. Within the vast boundaries of Masonry universal there is room for every shade of interpretation, and I believe the Craft is strengthened and enriched by these variations and by the absence of uniformity.

The real issue about the letter G is not so much where it came from but how it gradually changed its original meaning and how it is that this new meaning has now become the predominant one.

There are two distinct meaning given for the letter G: the first is for Geometry, and the second is for God. This is very clear in the two different versions given for it, as outlined in the Second Degree work. At the end of the Tracing Board lecture in the Second Degree, the following statement occurs, in reference to the seven who make the Lodge perfect:

They have likewise an allusion to the seven liberal arts and sciences, namely grammar, rhetoric, logic, arithmetic, geometry, music and astronomy.

The Tracing Board lecture then concludes with the following:

After our ancient brethren had gained the summit of the winding staircase, they passed into the middle chamber of the temple where their attention was directed to certain Hebrew characters which are depicted in a Fellow Craft Lodge by the letter G, denoting God, the Grand Geometrician of the Universe to whom we must all submit and whom we ought to humbly adore.

It is the originality of Geometry and Freemasonry as synonymous that is without doubt. This can be traced back to documents as early as 1410. It is difficult to assume that the ritual as we now use it was in any way, shape or form contemplated in the 15th century, but the notion of Geometry as being particularly synonymous with Masonry is consistent, and the underlying reason that it got into being part of the regalia or furnishings of the Lodge, and consequently the ritual.

The first time that we see the letter “G” used as anything other than Geometry is in one of the early 18th century English Exposures (Richard), about 1727. This is a vague reference in the catechism to a secondary meaning for the letter G, which had until that time always been described as being in the centre of the Lodge and standing for Geometry. The most specific reference to the letter G having another meaning occurs in a French Exposure of 1744, Le Catéchisme des Francs Maçons, and in outlining how the Entered Apprentice became a Fellow Craft, describes the journey into the Middle Chamber of the Temple with the catechism –

Q. When you entered [the middle chamber] what did you see?

A. A great Light in which I perceived the Letter G.

Q. What does the Letter G signify?

A. God, that is to say DIEU, or one who is greater than you.

It must be remembered that the eighteenth century was a time of great masonic innovation in both the regalia and rituals. What we have from that time is a series of unauthorized rituals, at least up until the latter part of the 18th century, and these are all somewhat suspect; however, the information they contain is relatively consistent.

At about the same time, there was a gradual change from the long catechism form and the long lecture forms into a somewhat easier form to deal with, which is the basis of our present ritual work. Remnants, however, of the earlier catechism and lecture forms are still in existence and are still part of our ritual work.

One of the issues that comes up again and again is the relationship between the Blazing Star and the letter G. This Blazing Star is in drawings of the Lodge in some of these exposures, and also crops up in other publications and some of the earlier Floor Cloths or Lodge Cloths that are still extant.

The Blazing Star appears throughout the eighteenth and nineteenth centuries always in the centre of the lodge, and that is where it was drawn. Remember that the Lodge Cloth and the Tracing Boards were still all meant to be looked down upon as being on the floor, not as we would put our present Tracing Boards up on easels, etc. Some of the earlier drawing have the G and the Blazing Star separate, however, gradually these two symbols were incorporated into one and, about the same time, the general usage of G standing for God, and, specifically in the Second Degree, the Grand Geometrician came into play. This latter happened, surprisingly enough, in Europe around the 1750s and not in England until the end of the 18th century. In fact, in some of the English exposures, the letter G was taken to denote “glory, grandeur and geometry.” By the end of the eighteenth, beginning of the nineteenth centuries, the letter G, at least as far as English authorities were concerned, was taken to have a symbolic meaning of God as compared to Geometry. It is these two separate notions that are still alive in the rituals as we practice them today in Canadian work.

There is sill a reference to the Blazing Star in our ritual in the First Degree Tracing Board lecture:

The Ornaments are the Mosaic Pavement, the Indented Skirting that surrounds the Pavement, and the Star in the centre.

There are a number of masonic jewels from about 1760 which have the letter G intertwined with working tools; however, the practice of having the G inside a square and compasses is relatively modern, although it is used in Ireland, as I will note below, for different purposes.

The other issue regarding the letter G is its placement in the lodge. In our particular lodge it is placed on the wall above the Master’s chair. In many other lodges in this jurisdiction it is hung from the ceiling. In London and Southern England there is no letter G attached to the wall or hung from the ceiling in Lodge Halls. Once you get further north in England and Scotland, the practice appears to be that the G is attached right to the ceiling or to the wall behind the Master’s chair.

In the Scottish ritual lecture known as Middle Chamber Lecture, the final paragraph goes as follows:

My brother, we have now arrived at a place representing the Middle Chamber of King Solomon,s Temple. Behold the letter G suspended in the east; it is the initial letter of geometry, the first and noblest of sciences.

In Ireland, on the other hand, the G is displayed in the lodge room, quite often intertwined with the square and compasses above the Worshipful Master’s chair. However, the ritual practice in Ireland is such that the G does not mean God, it does not mean Geometry – very specifically, what it means is the first letter of the Worshipful Master’s word.

In Ancient work, as practised in this jurisdiction, the G also stands for both Geometry and God, as outlined in their Second Degree work.

It is hard to draw a conclusion, except to say that the G originally meant Geometry and, gradually, when the new Second Degree was established in the eighteenth century and when the needs of the Craft required, G also came to represent God, although the original geometrical meaning has never disappeared, at least in our work. There is no “A” in the First Degree work to denote the Great Architect, nor is there an “M” or an “H” in the Third Degree work to denote Most High, but somewhere along the line the G started to stand for, not just Geometry, but also the Grand Geometrician of the Universe (God) and that is how our ritual has evolved.