Richard Pankhurst was the son of Henry Francis Pankhurst (1806–1873) and Margaret Marsden (1803–1879). Pankhurst was born in Stoke but spent most of his life in Manchester and London.   He was educated at Manchester Grammar School and Owens College in Manchester.  In 1858 he graduated B.A. from the University of London and in 1859 was awarded LL.B. with Honours. 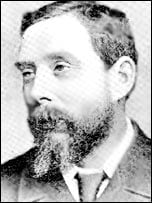 He was called to the Bar at Lincoln’s Inn in 1867 and joined the Northern Assizes circuit. He was also a member of the Bar of the County Palatine of Lancaster Court.

Following qualification, he was a founder member of the Manchester Liberal Association, although he was subsequently to fall out with the Liberals. He campaigned for multiple causes, including free speech universal free secular education, republicanism, home rule for the Irish, independence for India, nationalisation of land, the disestablishment of the Church of England and the abolition of the House of Lords. He established a National Society for Women’s Suffrage, drafted the Women’s Disabilities Removal Bill (the first women’s suffrage bill in England) and was the author of the bill which became the Married Women’s Property Act 1882which gave wives absolute control over their property and earnings. 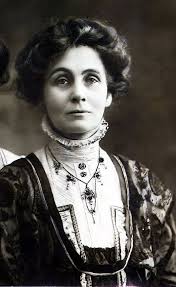 On 18 December 1879, Richard Pankhurst married Emmeline Goulden;  born 15 July 1858.  Richard was  24 years older than Emmeline; they had five children over the next ten years.

More interesting was, that Richard Pankhurst was one of the Founding members of St. George’s Lodge  No. 1170 (City Derby District, Manchester) in 1867 and a fearless activist for the Suffragette movement and a key figure in the Manchester Society for Women’s Suffrage and whose wife Emmeline became a leading light in the movement that 100 years ago gave women the right vote today.