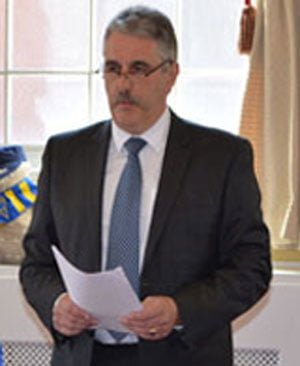 Truly astounding donations demonstrated the generosity of Freemasonry and were very much in evidence when the Warrington Group of Lodges and Chapters held its annual charity Giving Day at Warrington Masonic Hall. Over £53,619 was distributed to local and national charities, including Masonic and non-Masonic charities, good causes and projects.

He then briefly explained that Freemasons are one of the largest contributors to non-Masonic charities after the National Lottery. The causes supported range from international disaster relief, national charities, hospices and important local community based projects and charities. Andy explained that three levels of donations are provided either directly from local groups and lodges, through our own West Lancashire Freemasons’ Charity or through our national Masonic charities. Unfortunately most of these donations go unnoticed.

One national charity is the Freemason’s Grand Charity which supports people in need with nearly £8,000,000 each year and in 2015 the donations included £1,100,000 in grants to medical research charities, £864,000 in grants to charities including youth opportunities and vulnerable people, £192,000 to air ambulance services, £600,000 to hospices and £700,000 to the Scout Association, along with many others. In addition many disaster relief funds have also been supported, some of which include £75,000 to flood relief in Lancashire and Yorkshire, £138,000 to Vanuatu cyclone relief, £30,000 to India flood relief and £30,000 to flood relief in Cumbria. 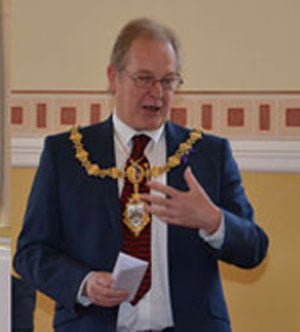 Geoff Settle the Mayor of Warrington

Andy introduced Councillor Geoff Settle the Mayor of Warrington who briefly explained that his own charities for his year of office stands currently at approximately £10,000 and thanked the group for their donation of £600 to his charities. He also relayed some of his experiences to the work done by the charities being supported at this event.

Next, Andy introduced the Assistant Provincial Grand Master Kevin Poynton who made presentations to the following organisations:

Other charities and causes that were supported but not presented on the day: 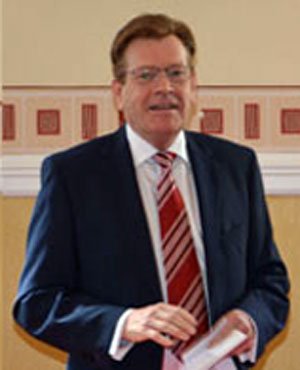 The overall total of charity donations during the last 12 months from the Warrington Masonic Group, Grand Charity and the West Lancashire Freemasons’ Charity for the year was £53,619. Many of the recipients thanked the group for supporting them and so many other local causes.

In conclusion Chris Gleave, vice chairman, drew the meeting to a close by thanking everyone for their attendance and pointed out that the museum would be open for inspection, should anyone wish to visit. 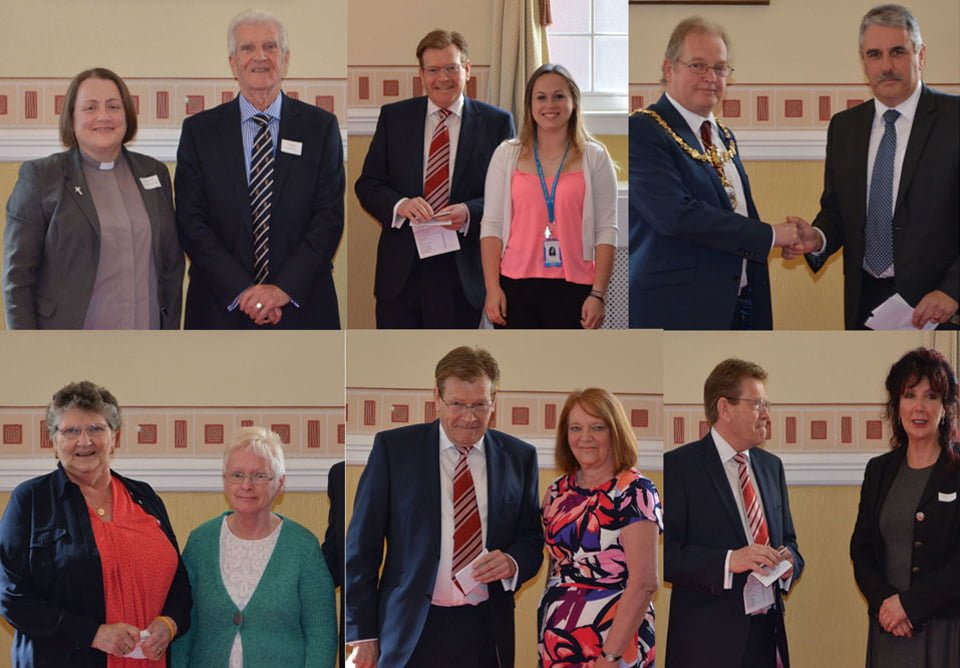 Happy faces of some of the recipients.