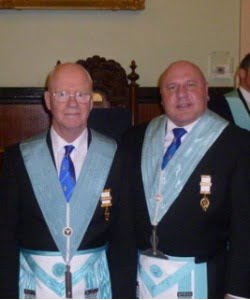 Severn Street Masonic Hall welcomed brethren from far and wide on Thursday 12th April 2016 for the General Lodge of Instruction Festival. The evening was very well attended by brethren from Fellowcraft to Grand Officers and every stage in between which made for a very convivial and informative gathering. The President for the evening was W Bro Reynolds a very experienced and highly respected Freemason, but the stars of the show were those brethren who treated all who attended to an exemplary display of some of the ritual which is rarely seen in everyday lodges. 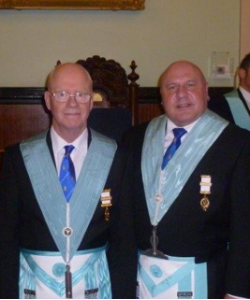 Two of the principle officers for the evening were Bro Alan Johnson and Bro Carl Symonds, who fulfilled the roles of Junior Waren and Senior Warden respectively. These junior brethren demonstrated their offices admirably and did so with confidence and style.