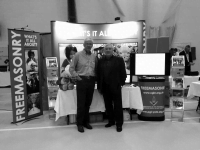 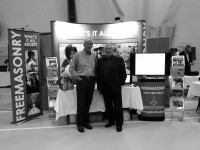 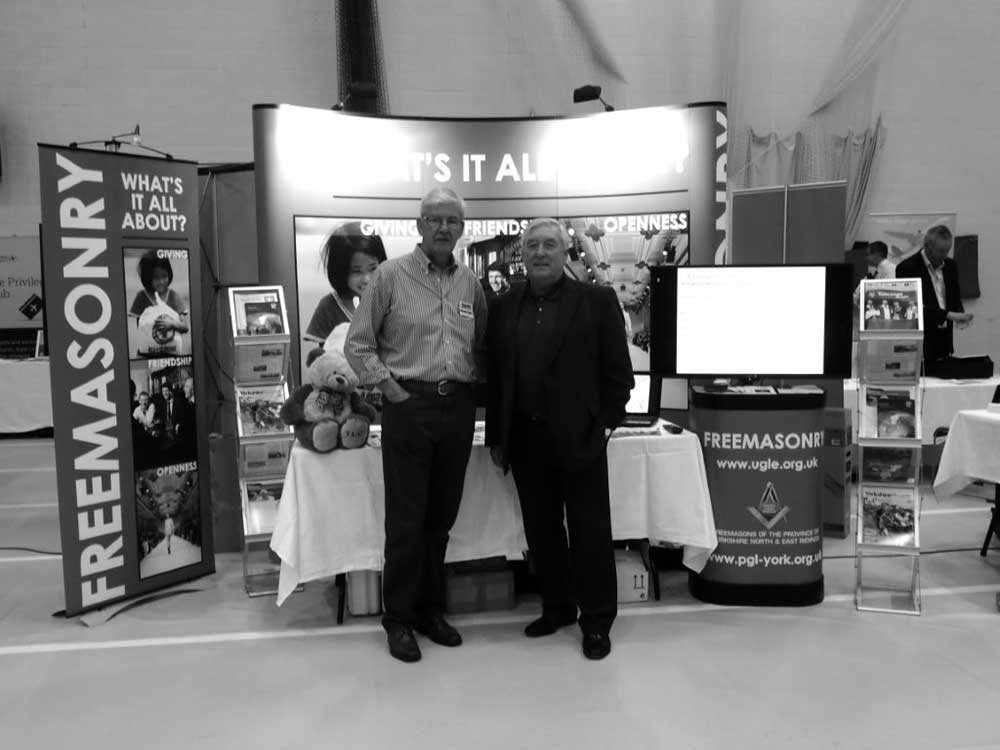 Following on from the very successful introduction of the ‘What’s It All About Stand’ at the Hull & Humber Chamber Expo in June, John Davey collected all the equipment & took it on its ‘Roadshow ‘ to the Expo at Middlesbrough, ably assisted by Colin Hunton.

It was an early start for Ian Williams of Zetland Lodge, Andy Morley of Ferrum Lodge, and the Assistant Provincial Grand Master, Malcolm Dabbs, to ‘set out their stall’ and negotiate the technicalities of getting the Power Point up and running.

It appears you can’t just hit the telly on the side anymore to get it to work. However, we managed eventually, to enlighten and inform the business community on the enjoyment of becoming a Freemason and provide, at least, a little information about our fine fraternity and the good works that we do.

We received a lot of interest from the start with many small businesses in attendance and a good demographic for potential future Freemasons, which was very encouraging. The stand in itself proved to be very successful in attracting a lot of interest, with many of the initial comments being ‘how surprised they were to see such a stand, promoting Freemasonry!’ ” Why ?” we asked. “Well, you’re all supposed to be secret aren’t you ?” “That’s just one of the reasons we’re here; to try & dispel some of the pre-conceptions people have towards Freemasonry.”
It was also good to have Brethren from neighbouring Provinces of Durham & Northumberland, who were either there on business or working at the College, approaching us to pass on their support and congratulations on a wonderful initiative. We also received comments of good will from Charities that were represented there on the day, which helped in providing other charities with contact information to make enquiries for support.

By 10am our contingent had risen to 4 with the support of Tony Burke who had travelled up from Beverley to lend his knowledge and it wasn’t long before we were having a very engaging & interesting conversation with a group of Middlesbrough College Students regarding all things Masonic. They’d seen the ‘films’ , and read the books, and appeared genuinely interested to hear some facts behind the fiction…. 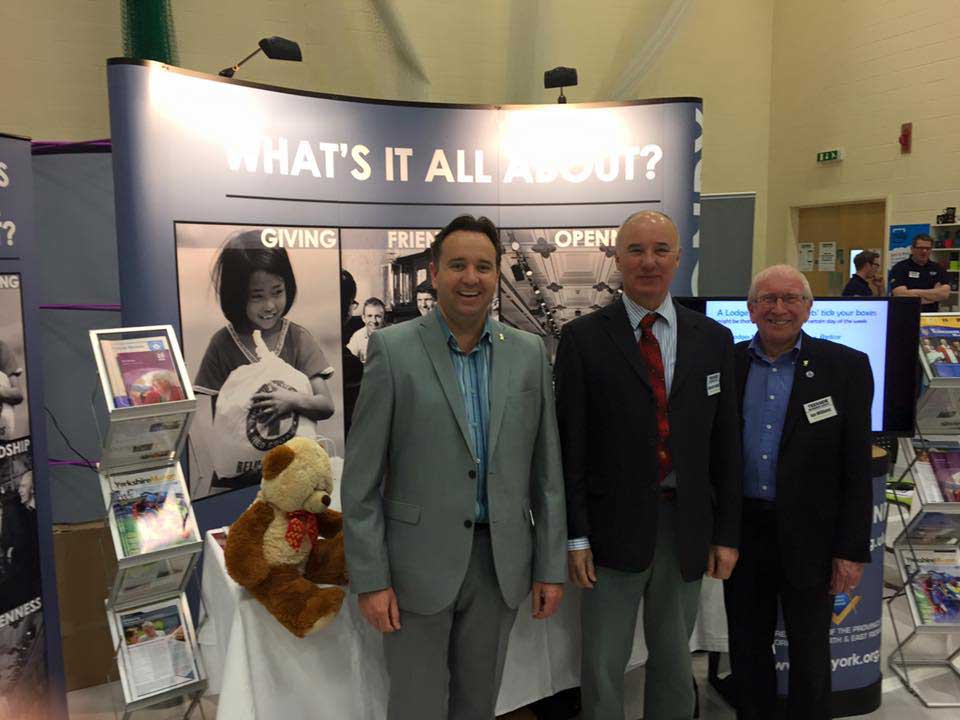 The morning pressed on as we circulated around the hall, taking in business cards for the free raffle for the TLC Bear, and handing out our own Information Leaflet produced for the event, with thanks to Neil Armstrong. The bear was won by Jeff Heads , the manager of ‘digitalab’, who very kindly donated it back to us!
We were becoming quite adept at a very subtle pincer movement, guiding the clearly curious but perhaps apprehensive, into a warm Masonic Welcome and an offer of advice.
At lunchtime Stuart Dick joined our merry throng, to relieve some of the brethren, and continue the good work of the morning promoting and advocating the enjoyment & personal development that can be the reward of becoming a Freemason.

By the end of the day we were all in agreement that it had been a very worthwhile venture and were pleased with the way things had gone and the feedback received.

Let us hope that it leads to some worthy men finding their way into our number, but if not it has still been an opportunity to promote Freemasonry, create debate and spread the word about Freemasonry, and have those we met leave with a favourable opinion of who we are, what we’re about, and what we do…..

Until the next one.