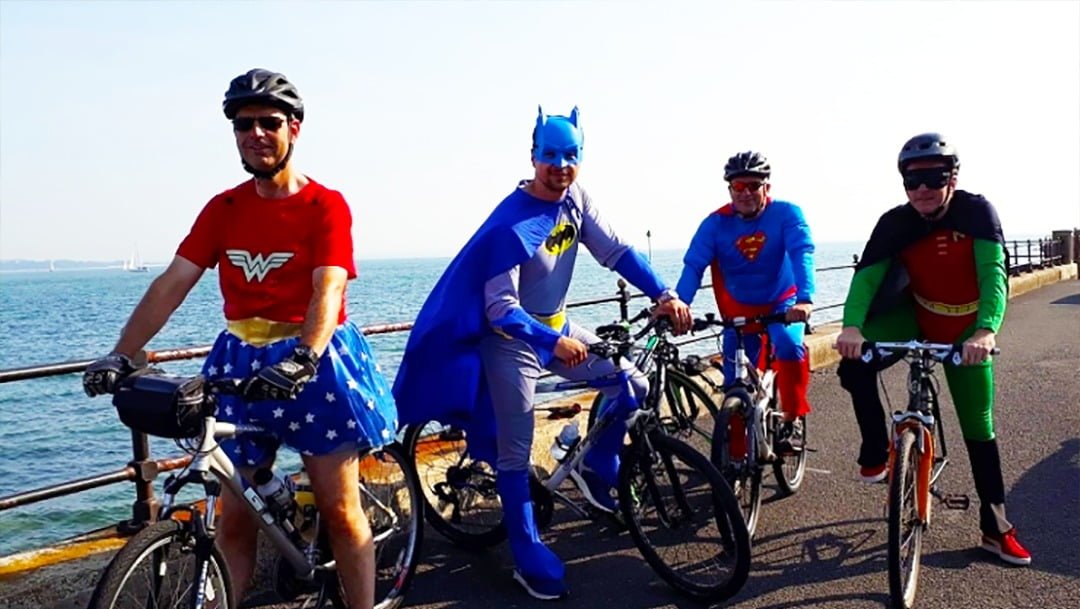 Together they raised more than £1,300 for Oakhaven Hospice in Lymington and drew the 11 hour race with their opponents at sea.

The race was 64 miles long and the superheroes consumed 40 litres of water as they roared ahead of fellow lodge members Paul Adams and Adam Fuller in the boats. Later in the day the wind picked up and the boats began to catch up and they all crossed the finishing line together.

Andy said: ‘Our lodge meets in Lymington and Oakhaven Hospice does amazing work in the community.

‘We’ve done various fundraisers in the past and when we decided to do this one we had no idea it would be so hot. It was exhausting and took several hours longer than we anticipated. At one point my chain broke, but luckily Wonder Woman came to my rescue.

‘Incredibly, we all finished at the same time and we’re on the way to raising our target of £2,000.’

Oakhaven Hospice Trust provides specialist palliative care and support to those facing life-limiting illness and their loved ones in both a home and hospice setting.