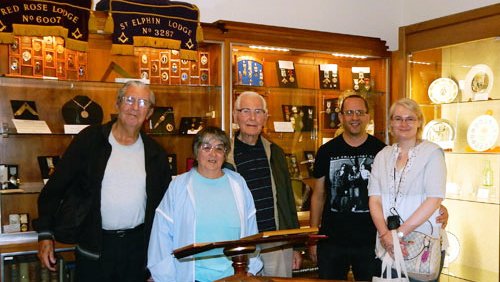 The Warrington Heritage Day saw the doors of the Museum of Freemasonry and the Masonic hall open to welcome the general public, to view the various displays of Masonic artefacts and memorabilia in the setting of the Masonic hall which was purpose built in 1933.

Whilst touring the building, fellow guides explained that Warrington has a special place in the early history of Freemasonry, as it is now well established that the first English speculative Freemason, Elias Ashmole, was initiated in Warrington on 16 October 1646. The oldest lodge in the town being Lodge of Lights No 148, it has been meeting since 1765 and continues to meet to this day.

Approximately 250 Masons meet on a regular basis at the hall. There are 14 lodges, five chapters and several other Masonic Orders which use the hall, meeting every month, apart from the summer months of May through to the end of August. Warrington is one of 22 groups within the Masonic Province of West Lancashire.

Many questions were answered and some myths were also dispelled, one such was that the Freemasons have a political and religious bias. The guides pointed out that those are two subjects that are forbidden in our meetings. Another myth being that Freemasonry is for Protestant people only. A man of any religious belief can join but he must believe in a supreme being. One other myth was that Freemasonry is only available to professional and rich people. However, reality is, membership ranges from all walks of life and all members are treated equally.

Many comments were made including: ‘I didn’t know Freemasonry was that old with so much history on display”, ‘I liked all the colourful regalia and lodge rooms”, ‘I had no idea that such a facility existed and is used for weddings” and “The building is much bigger than it looks from outside”. 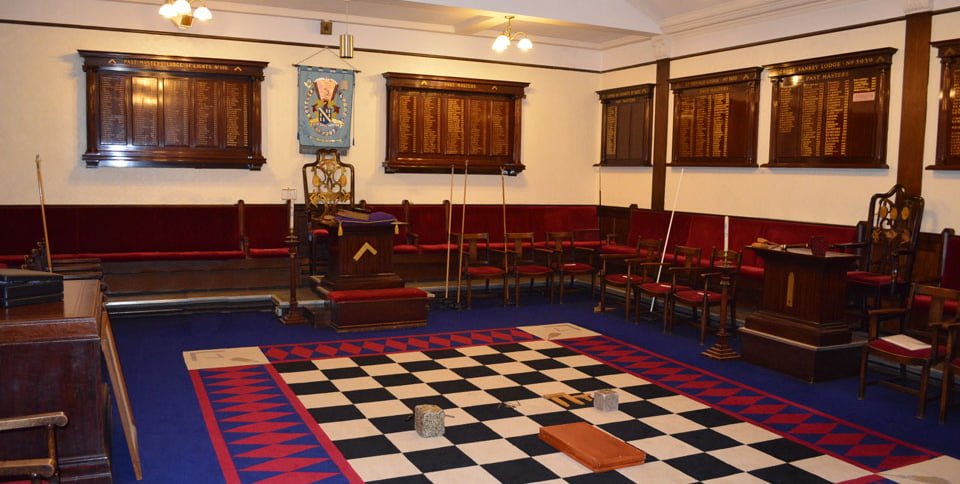 The building was open access for viewing which included banquet and bar facilities and the two lodge rooms. Several visitors tried out the worshipful master’s chair and all enjoyed their visit. The result was a very successful day, a few myths dispelled and very important links to the local community established.