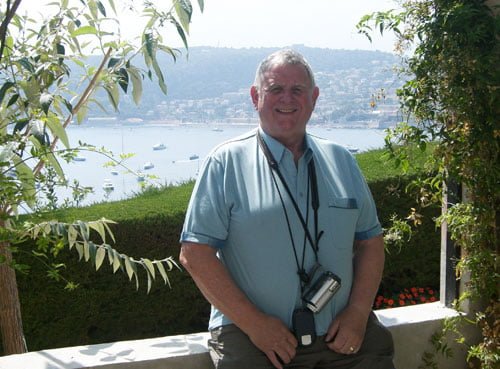 Stewart was born in Salford on 31 May 1947.  He attended St Mark’s junior school at Worsley, then Wardley Grammar School in Worsley and lastly Blackpool Grammar School when the family moved to Blackpool in 1960 having purchased a small private hotel.

On leaving school he began work with an agricultural and horticultural engineer but quickly decided that it wasn’t for him and moved to a civil engineering company where he worked in the surveying department during which time he travelled to Leyland to measure up the roads for a housing development on which he was to buy a bungalow some 21 years later.

Sadly Stewart’s father passed away suddenly in 1966 and he went to help his mother in the hotel subsequently moving on to become a croupier and then buying a hackney carriage before finally realising his life’s ambition by joining the Lancashire Constabulary and was posted to Leyland where he met his wife Val. They have a son Warren who lives and works in London.

He retired from the police in 2002 having served at Leyland, Chorley, Preston, Bamber Bridge, Preston Crown Court and finally as Custody Officer at Preston.

Whilst in the custody office he was invited to attend the Caribbean Association of Chief Police Officers Conference on Grand Cayman to demonstrate the newest technology in fingerprinting and identification techniques. Stewart says it was: “A most arduous week – honest!”  Further visits to Tacoma and Seattle followed resulting in a job offer in America which (fortunately) he was unable to accept.

Stewart was initiated into Leyland St Andrew’s Lodge No 7391 in January 1984 and having served in every office leading to the chair, he became worshipful master in 1996 following which he served as charity steward and director of ceremonies. He was the founding secretary of the Red Rose of Lancashire Lodge No 9640 and is a past master of Phoenix Lodge of Installed Masters No 9206. 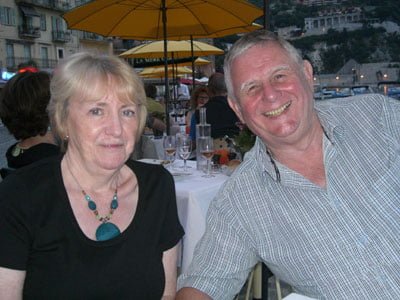 Stewart and Val are pictured on holiday in Monte Carlo in 2014.

Stewart was exalted into Carnarvon Chapter No 2376 in September 1993 and was installed as first principal in 2005. He was appointed PrDGReg in 2008 and promoted to PPrGScrN in 2009.  Appointment to Grand rank came in 2014 when he was appointed to the rank of Past Grand Standard Bearer.

Outside of Freemasonry Stewart enjoys reading, has be known to hit a small white ball into the hidden depths of the countryside (invariably losing it) but above all he looks forward to his annual month long sojourn to France when he is able to relax and more importantly replenish his wine stocks!

Stewart said: “I was both delighted and surprised when the Provincial Grand Master invited me to be one of his Assistants.  I look forward to my new challenge with eager anticipation and hope to emulate the very high standards of my illustrious predecessors”.