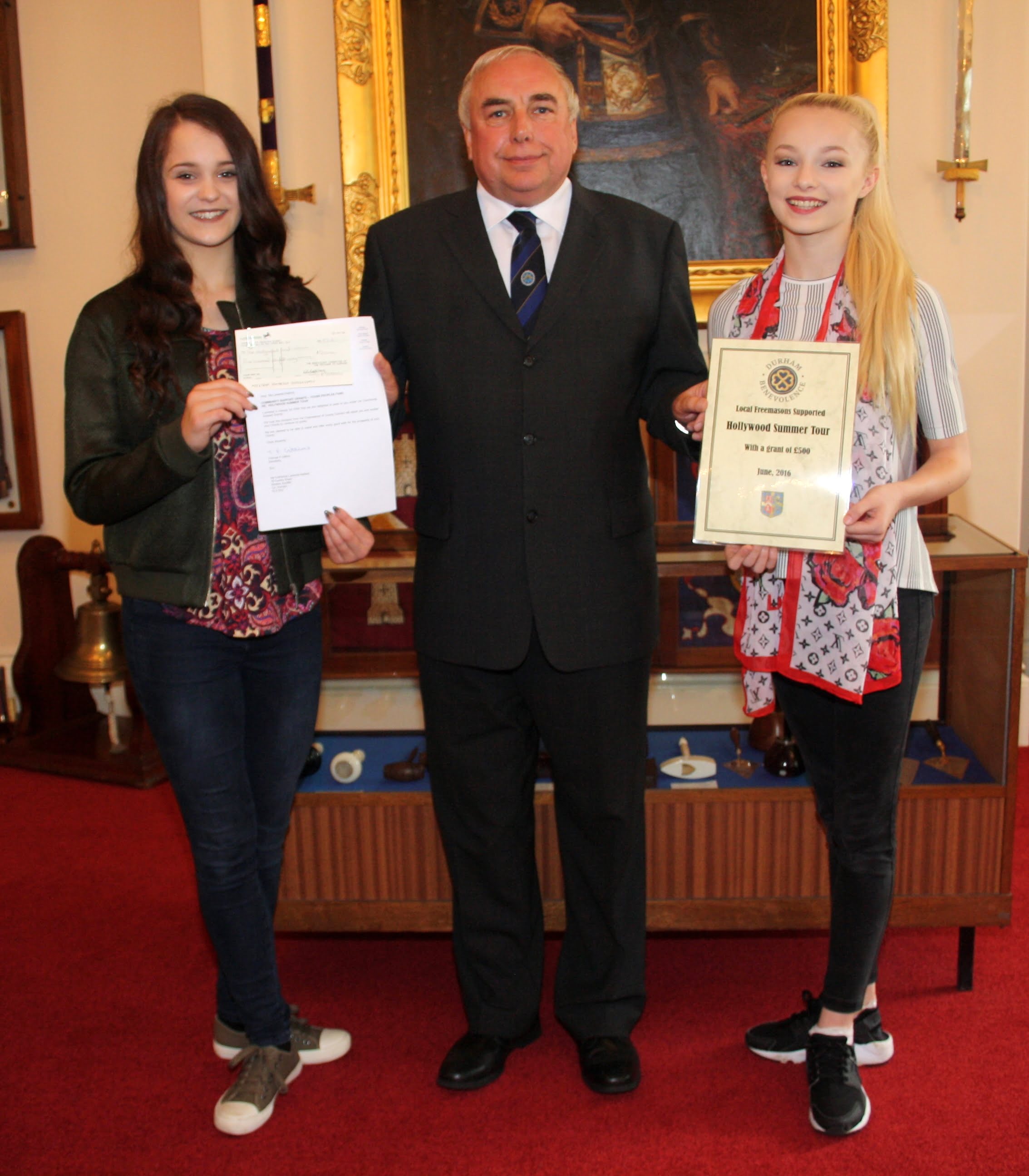 Stepping Out to Hollywood

Two girls from Newton Aycliffe have just returned from the invitation only, Hollywood Summer Tour, which is a dance program in Hollywood, USA, founded to coach and mentor the best dancers from around the world, teaching them about the commercial dance industry and giving them the tools to get started in the cut-throat dance industry.

They only take on a select group of elite dancers from all over the world so we can only commend Charlie Lough and Emily Halford for their effort, determination and skill in their achievements thus  far.

The two 15 year old girls won their way through to selection for the Hollywood Tour after a challenging 3-day event, Move It, where over 24,000 competitors were eventually whittled down to see Charlie being offered a partial scholarship after winning on the Move It Freestyle Stage and Emily being spotted during a Karen & Kevin Clifton lecture.

Their attendance in Los Angeles proved to be successful too, with both girls being offered two of the four available scholarships with the Hollywood Tour, quite an achievement for them, their parents and their mutual dance school, Stepping Out, in Newton Aycliffe.

Winning their way through was just the first battle won though and set their parents off with a significant fund raising effort to achieve the £7,000 required to make the trip across the Atlantic.  This is where the Freemasons of Durham, along with many other private and public donors, stepped up to offer a contribution towards that ambitious target.

After application, due consideration and despite there being no Masonic connection, the Province of Durham was pleased to offer a grant of £500 from the Durham Benevolent Community Support fund to help these young people on the next stage of their personal and career development.

A cheque was duly presented to Charlie and Emily, on the 31st August 2016, by the Assistant Provincial Grand Secretary, Mike Davis.  Mike enjoyed discussing his own career in entertainment with the girls and their parents, noting mutual contacts within the industry, and wished the girls the very best and that they continue to enjoy what they do and to take the hopes of the county of Durham with them in whatever comes from their enterprise.

Charlie and Emily are not standing still on these fantastic achievements and are continuing to advance in competitions throughout the UK, Charlie is attending the Dance Elite UK semi-finals this weekend, as well as looking forward to their GCSE exam year in Woodham Academy and Greenfield Community College respectively, and their plans for A levels to follow.  Such dedication and promise is certainly worthy of the support that the Freemasons of Durham were able to offer for the future of our young people.