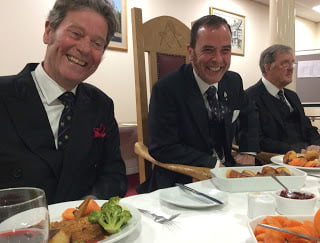 Old Ben Installation was a special event in many respects, with a film crew on hand to record the experience of David Stubbs as he had his special day. Dave is well known in Shropshire for (as Roger Pemberton noted) the best polished shoes in the Province – but also for his Shredded Wheat commercial appearances on T.V. as a devotee of Northern Soul! The film crew are making a documentary about Freemasonry, and if this meeting was anything to go by, it should be a very positive and memorable message they have to give!! 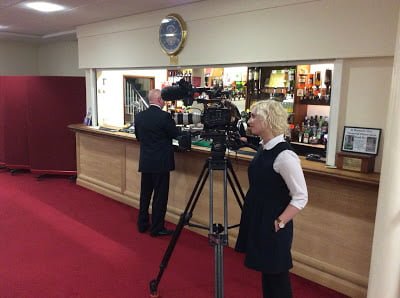