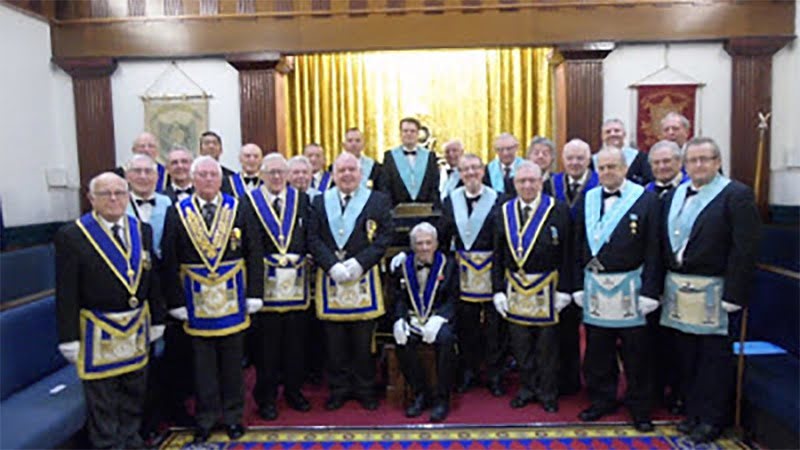 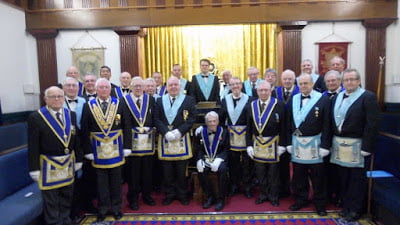 St Oswald Lodge 1124 in Oswestry celebrated its 150th anniversary in November. This historic occasion was marked by a meeting in the presence of the Provincial Grand Master and Deputy PrGM which included readings and facts from the early days of the Lodge – including its Minutes from 1866 – and especially from the Consecration. 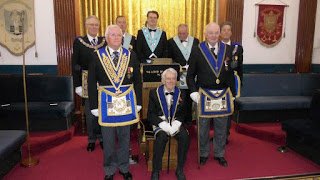 Also mentioned were the laying of Masonic foundation stones at two Oswestry hospitals in 1869 and 1937, te first carried out by Sir Watkin Williams Wynn Bart., Provincial Grand Master for Shropshire and North Wales. WBro Melvin Gough delivered a history of life in Oswestry in 1866, and of the first meeting of the lodge in October of that year.

Brothers Gerrard and Smith presented the 1st Degree Tools, Apron and Charge. Two members who were present at the Centenary meeting in 1966 were also celebrated – WBro Ron Lewis and WBro Mike Hall.

A fine Festive Board ensued, and each Brother present received a commemorative gift of a Firing Glass, by the generosity of WBro John Hemming.