Fifty years in the making, St. Mary’s Lodge 8098 celebrated their Golden Anniversary at Queen Street Chester on 9 May 2016 when George Mann APGM joined them to review some of their forgotten past history, identifying some of the events that took place in Chester at the time and named some Local Freemasons who played an active part in developing St. Marys Lodge when it was consecrated at Hunter Street Masonic Hall in 1966.

Over the years St. Mary’s, named after Handbridge Church without the walls, has grown to established itself as a “Model Lodge”. As was the case 50 years ago when the Lodge was consecrated it was a hot night but members were able to chill out with iced cooled premium Italian beer served from the tap by Ken Reece. At the Festive Board Queen Street’s Chef Russ mirrored the four course menu of 50 years ago when the Lodge was consecrated, an evening to remember as St. Mary’s Lodge heads for another milestone working with great camaraderie, exacting standards and a very generous disposition. 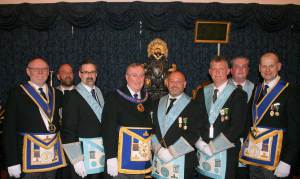 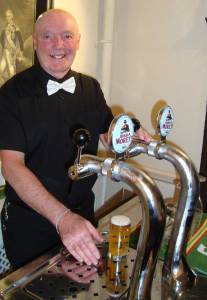