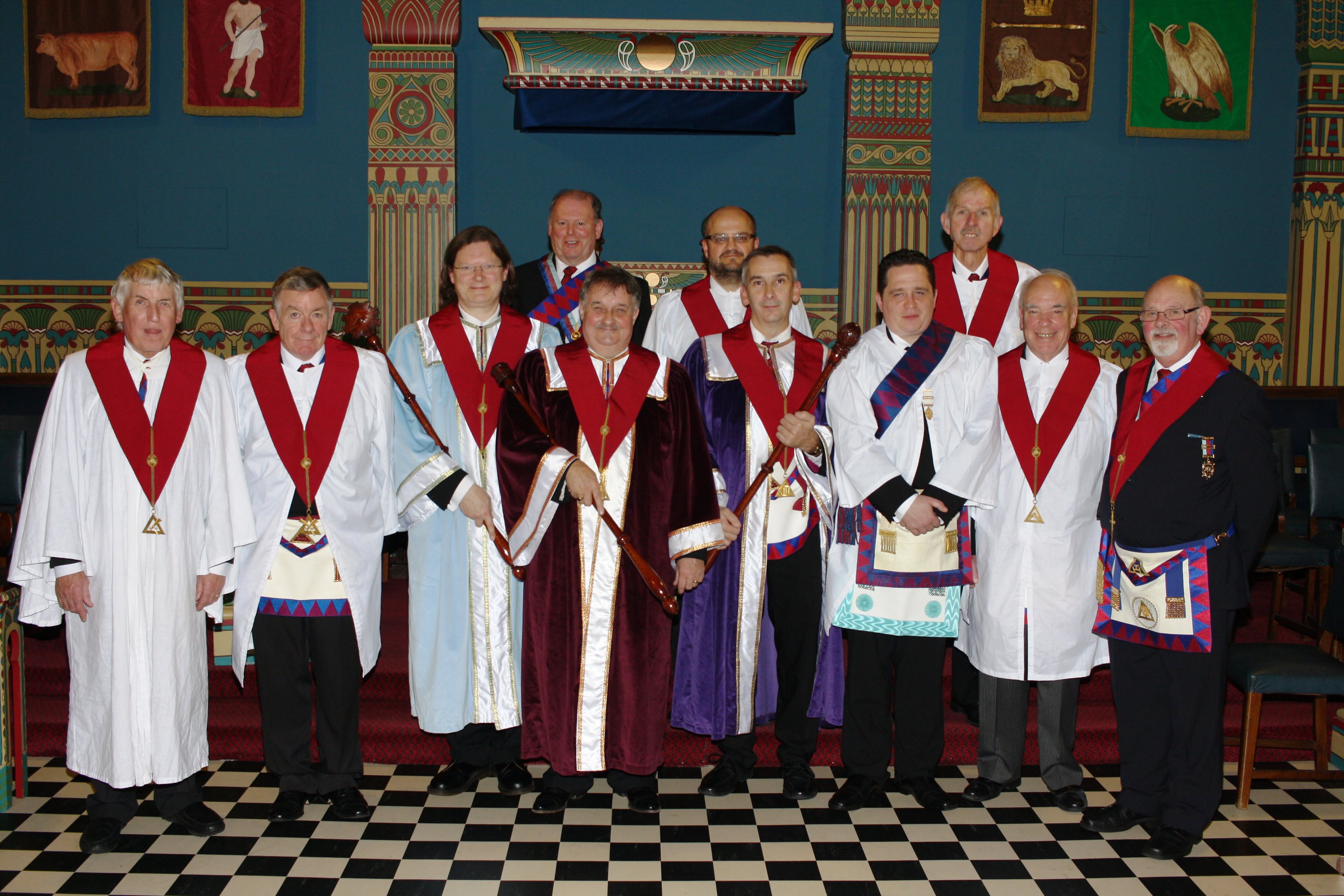 Deputy Grand Superintendent Paul Paterson was accompanied by a strong Provincial deputation on a visit to St Bede Chapter in Jarrow on the 16th November where First Principal, Harry Prince was pleased to lead his officers in the exaltation of their latest member, Danny Taylor.

Danny could not have asked for a better evening to be brought into the Order, with such a fine turnout from Province and visitors to make this a night to remember, with the pomp and ceremony being conducted to a high standard by all.

Following the exaltation, Paul Paterson was presented with a generous cheque towards the Craft 2021 Festival which he received with pleasure before going on to congratulate Danny on taking his next step in Ancient and Accepted Masonry, wishing him many happy years in the Chapter.

The evening continued downstairs and following the meal the Deputy Grand Superintendent completed his official duty by responding to the toast with congratulations to Harry and his team for the work put in to the performance of the ceremony and for adapting to the change in the original St Bede ritual.  St Bede is an old established Chapter with its traditions steeped in tradition but have recently decided after 135 years to adapt to the new, ‘Provincially favoured’ ritual. The decision for this change has been a difficult but well considered one that required the kind of adaptation of the members that many a lodge and chapter now faces, as freemasonry looks to the future whilst holding onto the best of the past.

For those Craft masons who are not members of the Royal Arch, you could take encouragement from the thoughts of Paul Paterson in finding the best time for you to take that step, it is the completion of the third degree and worth a discussion with the chapter representative in your lodge.

One tradition which has not been adapted is the toast to the incoming member, which was given by Mark Livingstone who congratulated Danny on taking another big step in his masonic life, following on from a big step in his personal life when he married Tammy earlier in the year on April Fool’s Day.  Danny duly thanked Mark for the toast in his reply and we wish him the very best in his masonic career.