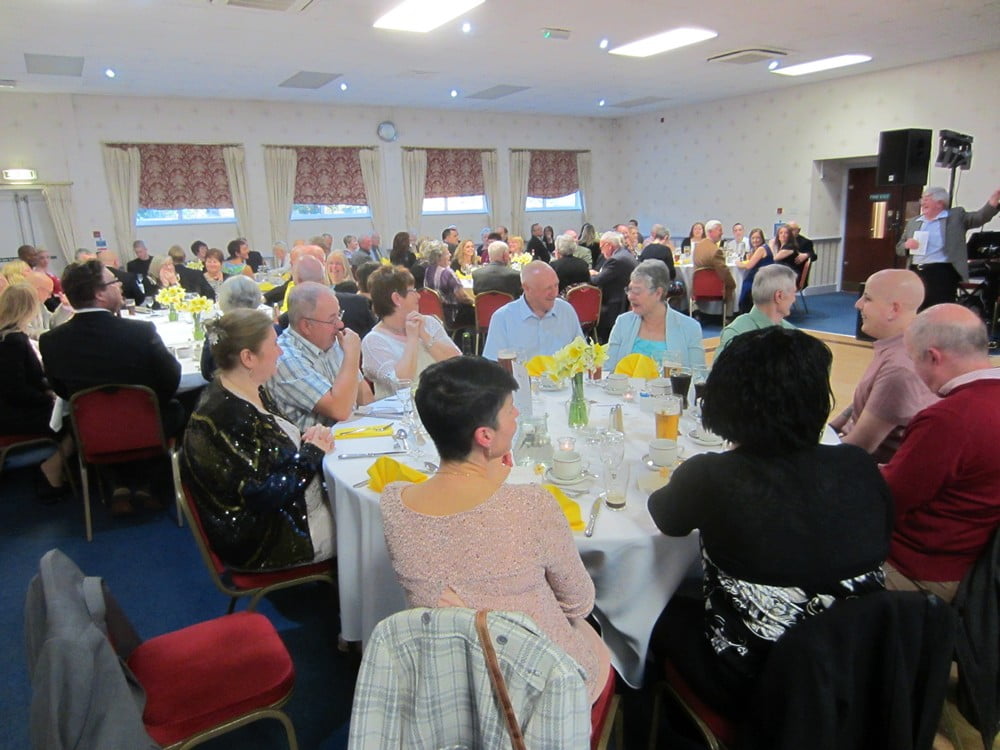 The Kent Kidney Patients Association (KKPA) is set to benefit from a significant donation raised by Maidstone’s freemasons. The charity which was set up to help patients who are on dialysis, as well as patients who have had a kidney transplant became the focus for “Spring Forward” an evening of good food, great company and excellent music.

The main entertainment of the evening was provided by the official provincial rock-band The Cymbolick Penalities, who charged no fee to help with the fundraising. Although only playing as a band part-time, they treated 120 paying guests to a fantastic selection of songs, ranging from the 1950s covers to present day hits. Some of the numbers covered were “Sea Cruise” originally by Frankie Ford and “Human” by The Killers.

The event, held at the Cornwallis Suite, was organised by Past Masters of six Maidstone lodges, the so called “Maidstone 2007s”, who served as Masters of their lodges in 2007. They were inspired by the story of band guitarist Alan Kilburn, who has himself suffered with kidney cancer.

One of the organisers, Alan Chitty of Duke of Kent Lodge, said: “It was a fantastic evening. We raised over £2,500 through ticket sales, a raffle and the auction of a free magic show from one of our guests. We’re now hoping to boost that with matched funding through the Cornwallis East Kent Freemasons’ Charity.”

When asked about the inspiration for this event Alan added: “We were keen to do something to help the KKPA when we heard about the help and support they had given Alan Kilburn. More importantly we knew how much he enjoyed playing in the band had helped make him keep a positive outlook during his illness. So we were delighted when the band agreed to support our efforts to raise money for kidney patients from all parts of Kent.

“Our thanks go to the members and guests of Agricola, Bearsted, Belvidere, Duke of Kent, Monckton and Robinson Lodges for their fantastic support and generosity on the evening.”

Fundraising events such as this take place regularly at the Masonic Centre in Maidstone and across the whole of East Kent.

To find out more about the KKPA please visit http://www.kentkidneypatients.co.uk