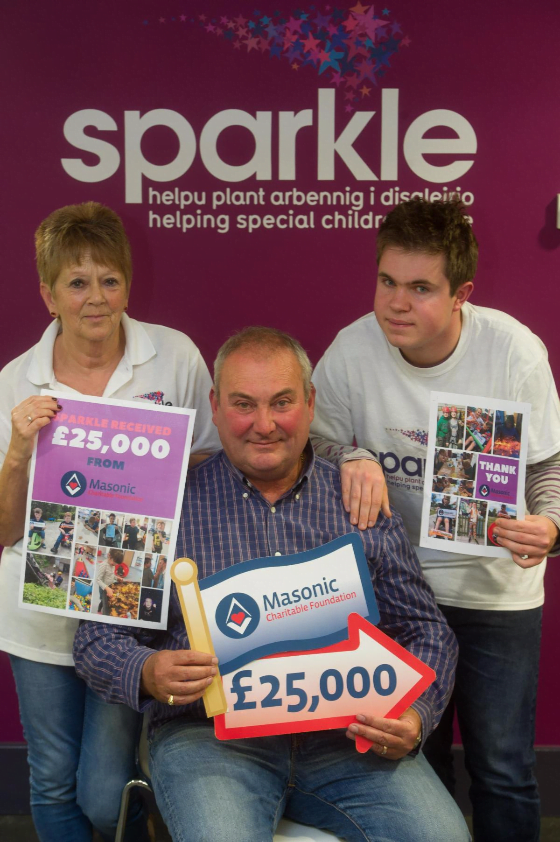 A CHILDREN’S centre which provides care for young people with disabilities has received a £25,000 donation.

The Serennu children’s centre, in the Rogerstone area of Newport, has received the donation from The Masonic Province of Monmouthshire.

Anthony Halse, the provincial communications officer for The Masonic Province of Monmouthshire, said that the Masonic Charitable Foundation will distribute £3 million to 300 charities to mark the 300th anniversary of the formation of the first Grand Lodge in 1717.

“It is a very worthwhile organisation with fantastic facilities and I am pleased we are able to support it.”

Mr Halse said that they regularly give money to local charities and that they look forward to seeing what they can help with in the future.

Seren Harbon, fundraising and events officer at the Serennu children’s centre, said the donation will fund the role of family liaison officer for another year.

She said: “It is a very vital role as it is the person that you meet when you come in and makes you feel settled.

“She helps families with applications for grants as well, for example.”